A markedly agricultural vocation gave origin to the small centre of Antonimina around the 15th century. The earliest traces of human settlements, in fact, belong to groups of shepherds who chose this location as the ideal place for their farming activities. This is also borne out by the name of “terrata” (sheep pen), still remembered nowadays as a way of calling to mind the tradition of sheep farming. According to the most popular legends, a shepherd called Antonio Mina gave his name to this community. Other sources, instead, believe the current name of the town came from the Greek word “antònomos”, (i.e., rich with flowers). Over the centuries, this centre slowly began to develop at social level, with a population that came close to a thousand inhabitants by the mid-18th century. The centre remained under the influence of Genoa and the Grimaldis until 1806, when it was included in the district of Gerace. Not even Antonimina was spared from the fury of natural disasters, and was devastated, in particular, by two violent earthquakes that hit this land in 1783 and 1908. Together with the floods of the 1950s, such catastrophic events contributed to the progressive depopulation of the area.

Immersed in a green landscape populated by centuries-old olive trees, at the foot of the Aspromonte National Park, at the same exact distance from the mountains and the sea, Antonimina appears to the visitor as a charming cluster of small houses dotting the ionic hinterland. Besides the historic city centre, characterised by an enticing maze of narrow roads and alleys, the small and peaceful town includes several frazioni: “Bagni Termiali”, “Cacciagrande”, “San Nicola”, “Bunca”, “Solfurio”, “Tre Arie” and “Troiolo”. Clearly visible in the distance towers the majestic mount Saint Peter, better known as mount “Tre Pizzi” on account of its three impressive rocky peaks. A primary place of worship, dating back to the 17th century, is the church of St. Nicholas of Bari, reconstructed several times over the centuries. Its Romanesque style interior houses the statues of Our Lady of the Rosary, St. Joseph and St. Rocco, patron of Antonimina, whose cult is celebrated on the second Sunday of August, Other significant traces of religious architecture are the remnants of an ancient monastery whose origins are believed to date back to the 12th century. Used by hermit friars, the monastery is situated in Saramico, in the proximity of mount “Tre Pizzi”. Flavours and aromas typical of the Mediterranean countries characterise the local cuisine, with meats, cheeses and the ever-present chilli pepper as its main ingredients. 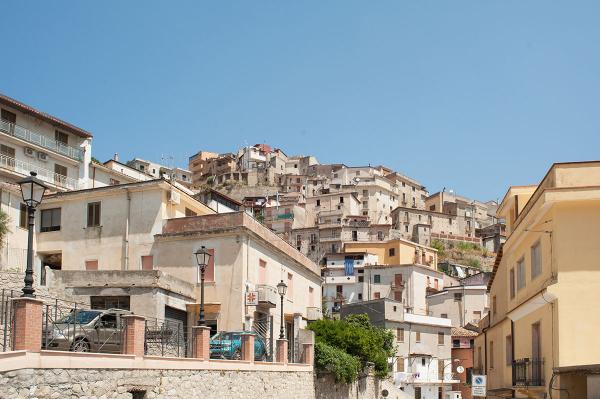 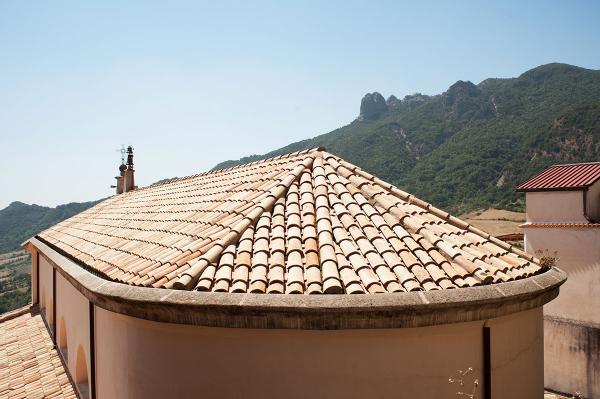 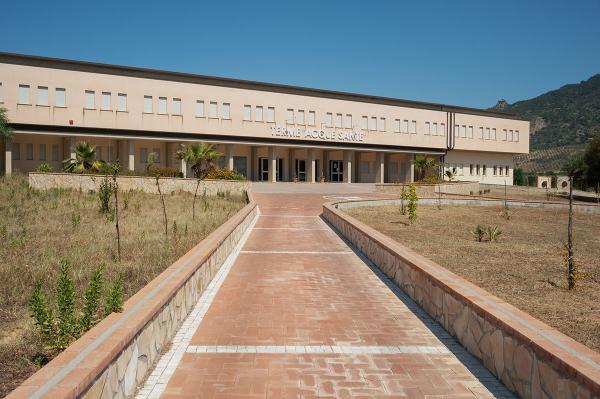 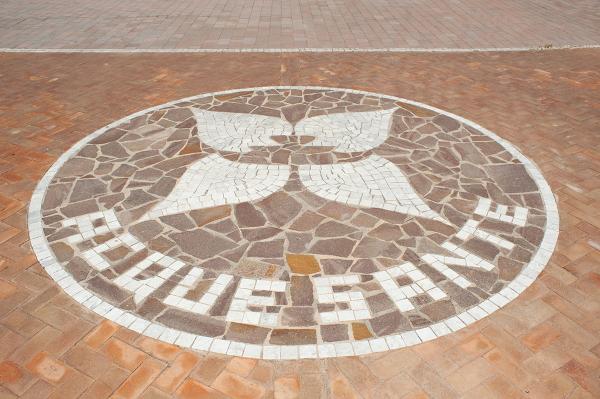 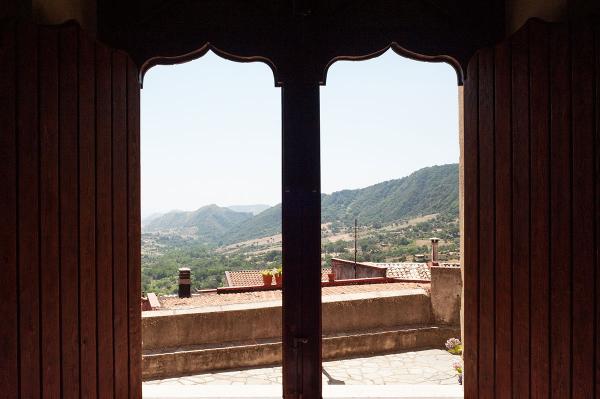 Mount “Tre Pizzi” and the other rocky formations

A favourite destination with nature lovers and hiking enthusiasts is mount “Tre Pizzi”, a unique rocky formation (about 700 metres high) comprised of three crests, rising between Antonimina and Ciminà. A place full of charms, offering a panoramic view of unmatched beauty, with the Rock of Gerace, the peaks of Pietra Cappa, the Aspromonte range and, needless to say, the crystal clear waters of the Ionic sea. Clearly visible are the remnants of an ancient Basilian monastery probably dating back to approx. 1100. Like many other localities in this land, mount “Tre Pizzi” is surrounded by myths and legends. The best known legend is about Jesus walking in the company of his Apostles along the bed of torrent “a Principissa”. Their walk – the legend says – was interrupted by Saint Peter, who tossed a stone in the air complaining there was no monument to honour him. The stone fell exactly on the summit, giving origin to the mountain. In “Tre Arie” we find the Petra da morti (The Stone of Death), whose fatal name is associated with the death of a shepherd who fell off a cliff to try and save a sheep. According to the legend, a place frequented by a “magara” (sorceress) was “U denti da magara” (The sorceress’s tooth) in Falcò. Passers by were so frightened by the threats uttered by the witch that, at some point, nobody dared visit this place any longer. Graffiti from the mid-19th century, probably made by brigands, can be seen in Petra Scritta (the written stone). One of them recites: “Terno monimento”. Populated by spiritual beings seems to be “Timpa Russa” (The Red Peak), where the veins in the rocks are believed to indicate two tragic events: the death of a man who fell to the bottom of precipice and a woman who was killed by a stone. In Saramico we find Petra ‘i San Mauro (The Stone of St. Mauro), where popular tradition speaks of a conflict between two brothers, Mauro and Saramico. For this very reason, the rock and the place itself seem to be exchanging hostile glances.

One of the best-known facilities in Calabria, the thermal spa of Antonimina-Locri, better known as “Holy Waters of Locri”, is a point of excellence of the territory from the standpoint of health and wellness. From the baths to the mud massages, irrigations, aerosol therapy, nebulisation, insufflation and showers, the thermal spa offers the widest range of healing treatments. The facilities exploit most effectively the organoleptic properties of the thermal waters known since the times of the ancient Locri Epizephyrii. The structure of the baths in its modern version was built in 1870, and its 35°C waters rich with sodium and chloride sulphates also became known over time for their effectiveness as a treatment for feminine sterility.