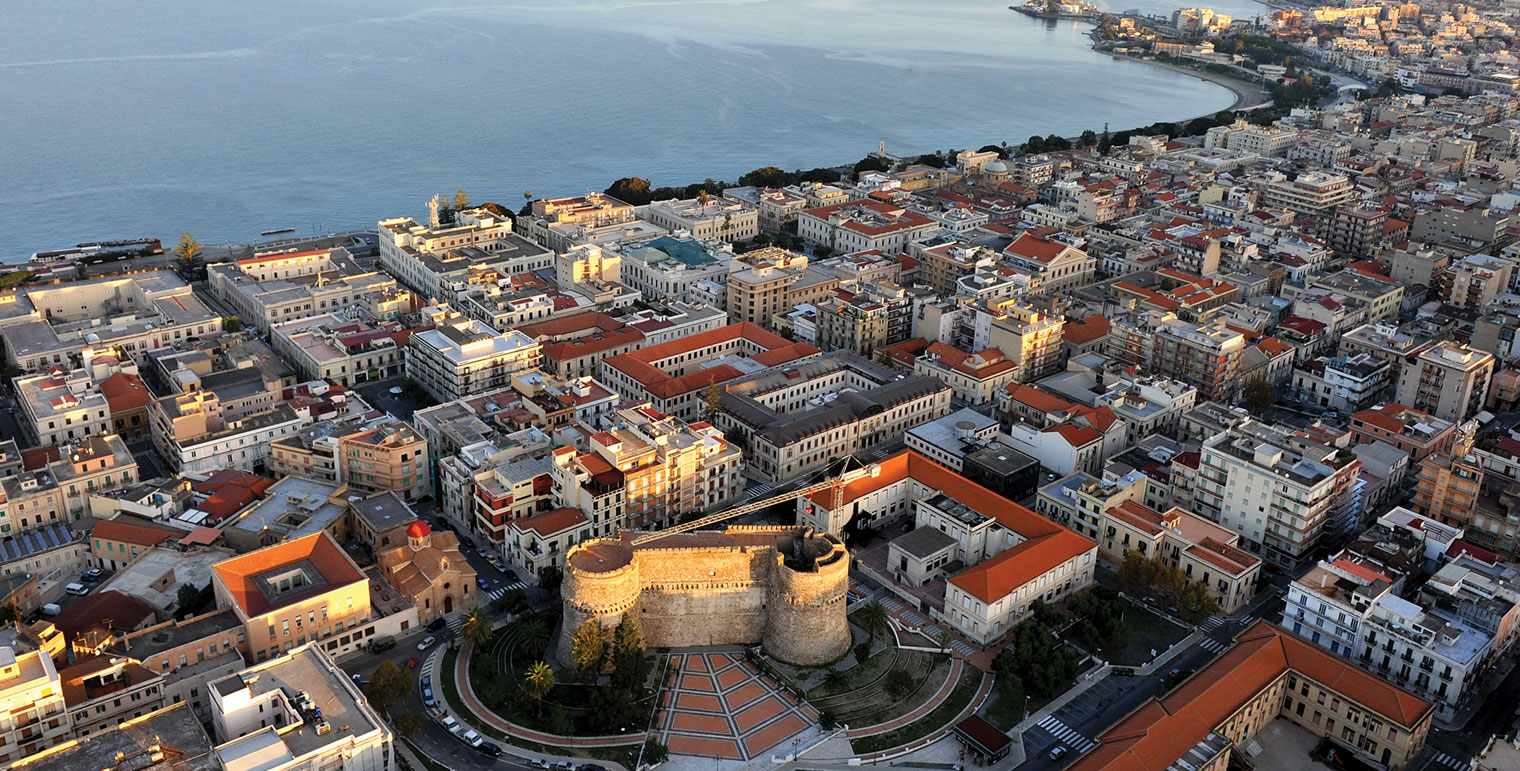 A region to discover that is rich in history and art

Unforgettable scents, colours, and flavours: a visit to Reggio Calabria is a real feast for the senses. Located between the sea and the mountains, this land enjoys a vast historical, cultural, and artistic heritage, as well as a very ancient culinary tradition.

The city’s origins are very ancient: founded by the Greeks from Eubea in 734 BC, it went through a period of great splendour under the tyrant Anassilao, who unified the two cities of the strait (Rhegion and Zancle, today known as Messina) during the Magna Graecia period. In the 15th century the Bourbons, who nonetheless did not leave manifest traces in Reggio, conquered it; unfortunately, the same thing cannot be said of the 1873 and 1908 earthquakes that destroyed it. The Greek foundation site was never abandoned by the people of Reggio, who started its reconstruction with patience and dedication: it was in this period that most of the Roman and Greek archaeological artefacts were found, preserved today together with the famous Bronzes of Riace at the MAaRC, the Archaeological Museum of Reggio Calabria.

The area of Reggio Calabria is quite vast and full of attractions suitable for all sorts of tastes. Sea lovers will appreciate Costa Viola, named after the purple reflections, which colour the waves at sunset, creating spectacular views along with the terraces built on the hills overlooking the sea. While, on the Ionian coast, we can admire Punta Pellaro, the perfect setting for kitesurfing. The streams make up a real, distinctive feature of the area around Reggio Calabria, from the mountains to the sea: their course on large gradients creates vast depressions in the soil. The largest river in the Greek area is the Amendolea. In Locride, there are many streams and they give life to spectacular gorges, such as La Verde, located between Bianco and Samo. Even mountain lovers will find places to love: a large area of Reggio Calabria makes up the Aspromonte National Park, with acres of pine forests on the Tyrrhenian side and beech forests on the Ionian side. In Gambarie you can ski while admiring the sea, a unique spectacle. Finally, the king of the area: the bergamot. The strip between Villa S. Giovanni and Gioiosa Ionica is the natural setting for the cultivation of this precious fruit, used in perfumes all over the world.

Calabria’s climate is generally Mediterranean, with the Ionic coast drier and more arid than the Tyrrhenian one. The summers are hot and ventilated, and the winters are mild. In the inlands, the climate is instead continental with cold, rainy winters that are often also snowy, and warm and stormy summers. Summer Average summer temperatures are around 22°C minimum, and 31°C maximum. In the inland areas in the summer months, the temperature can peak at 42-44°C. Winter Winter temperatures range from a minimum of 8°C to an average maximum of 14°C. On the Apennines and inland areas, from Pollino to Sila, up to Aspromonte, there are harsh and snowy winters.

While visiting this region you can enjoy every detail of the Greek culture that is the basis of Reggio Calabria’s history and its surroundings. One of these is without a doubt the Greek-Calabrian dialect, also called Griko, an idiom used to describe it locally by the Greek of Calabria, a minority language belonging to the Greek linguistic minority of Italy together with Salento Greece. Today the Greek of Calabria is spoken in Gallicianò, Roghudi, Chorìo di Roghudi, Bova and Bova Marina, as well as Reggio, where some districts are Hellenophone minorities.

The Falcomatà waterfront, in addition to being called the most beautiful kilometre in Italy, is accessible to disabled people, as is the Archaeological Museum of Reggio Calabria. The beaches of Roccella Jonica, Cala Canculla and Costa Viola, in the town of Bagnara Calabra, are accessible and provide services to people with motor disabilities.