Ibico, son of the historian Fitio, a noble family from Mexico who arrived in ancient Rhegion, is one of the most important lyric poets in the history of Greek literature.

Inserted by the Great Alexandrian scholars into the canon of essential authors alongside Homer and Sappho, he is the author of seven books composed in Doric dialect, the language that was spoken among the shores of the Strait during the time of Magna Graecia.

For Ibico, inventor of the so-called “sambuca”, a triangular zither that accompanied the recitation of his songs, there are two linked sayings that have made history in the political and juridical tradition of the classical age.

The first of these two ipse dixit is linked to the episode that sees our poet as the protagonist. At the peak of his artistic and political fame, the lyric poet, after the death of the king of Reggio Anassilao, could have become a new tyrant of the Reggio polis, but chose a simpler and more peaceful life, as this was his character, and he took the path of exile.

Ibico, in fact, at the time of the 44th Olympics, went to the court of Policrate di Samo to devote himself exclusively to poetry. There his fame, alongside other illustrious singers like Anacreon, became immortal. 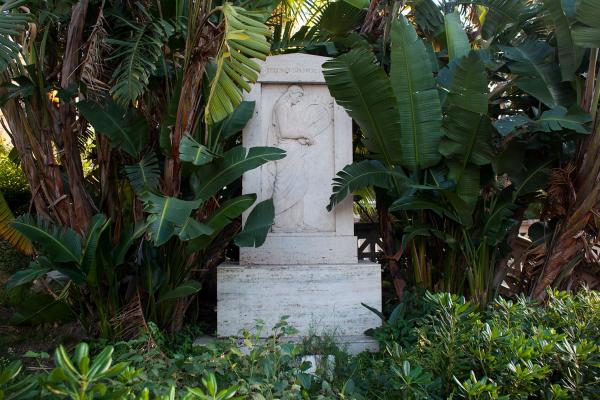 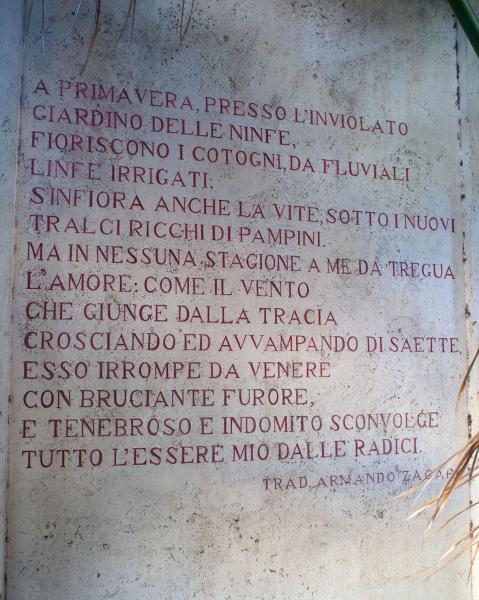 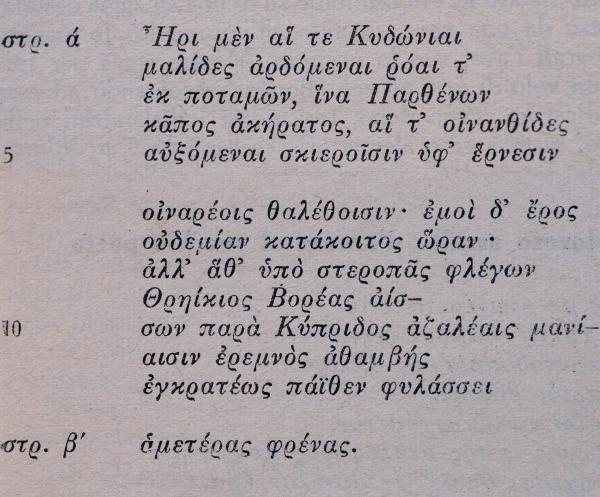 “O Ibico, the brigands killed you (…)
but after you invoked a flock of cranes,
and which witnesses came
of you that perished a very painful death.”
(Antipatro Sinodio, Antologia Palatina VII 745)

It is an expression that is used in the legal field to highlight a certain and manifested point that has been clarified with clues and reliable evidence. The saying is linked to the poet’s death; killed at the hands of two brigands who attacked him on a lonely beach or in the woods, according to sources, Ibico at the point of death called to some flying cranes who were witnesses: “At least you are witnesses to my death!”. It happened, in fact, that in the following days while the two assassins were sitting as spectators at the theatre, some cranes passed overhead and the two naively exclaimed: “Here are Ibico’s cranes!” As the news of the poet’s violent death had spread, some citizens heard their exclamations and denounced the two, who were arrested and were subject to interrogation. They ended up confessing the episode and were sentenced to death.