The building was built at the end of the second decade of the 19th century and was named after the Palmese musician Francesco Cilea. The Cilea Theatre is characterized by its elegant foyer and large red curtain on the proscenium, featuring especially sophisticated architecture and furnishings nearly a decade after the restoration that returned it to the city.

The Cilea Theatre comes to life in the area that was occupied by the ancient Town Hall before the 1908 earthquake. The structure’s exterior recalls forms of classical architecture, while inside, the great 19th century style hall resembles a horseshoe. The history of the Reggio theatre has its roots in the early 20th century and boasts a long, lavish tradition that has seen the big names of theatre, dance, and above all opera, such as the divine Maria Callas and Luciano Pavarotti, take the stage. 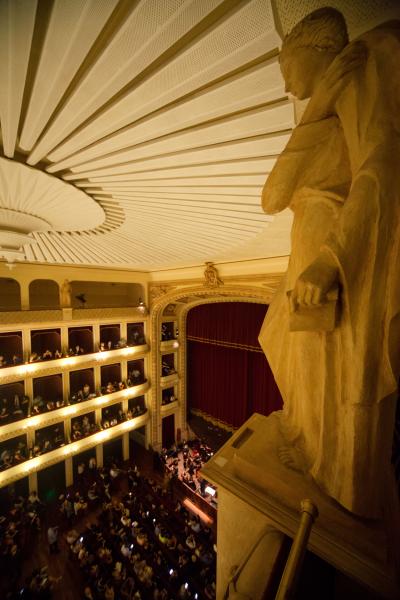 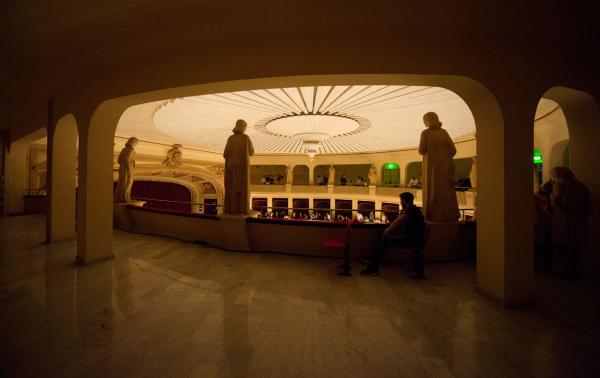 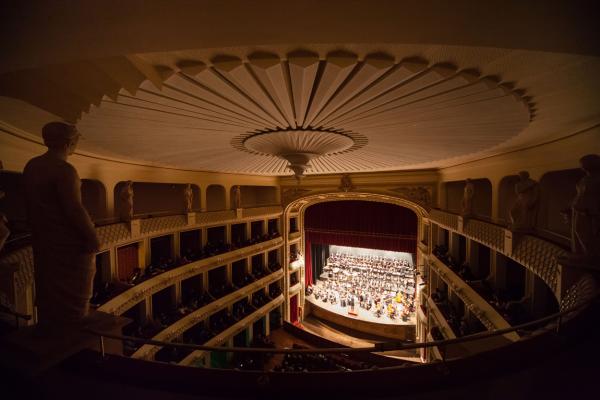 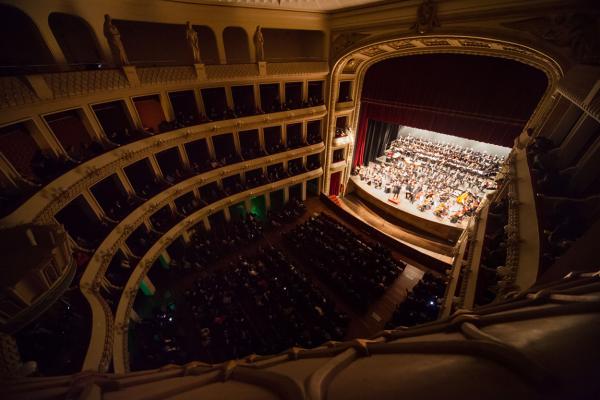 A theatrical season that never disappoints

Every year the Cilea Theatre offers a rich programme of events that never leaves the audience disappointed. In addition to the Cilea season, works by local theatre groups are represented, such as the Compagnia Scena Nuda (the “Nude Scene Company”) with its Festival of Contemporary Myths which every year attracts thousands of spectators who love classic opera, or the Officine dell’Arte (the “Art Workshops”) that this year proposed Sorridi con noi (“Smile with us”), a season full of laughter that brought the greatest Italian comedians to the stage. 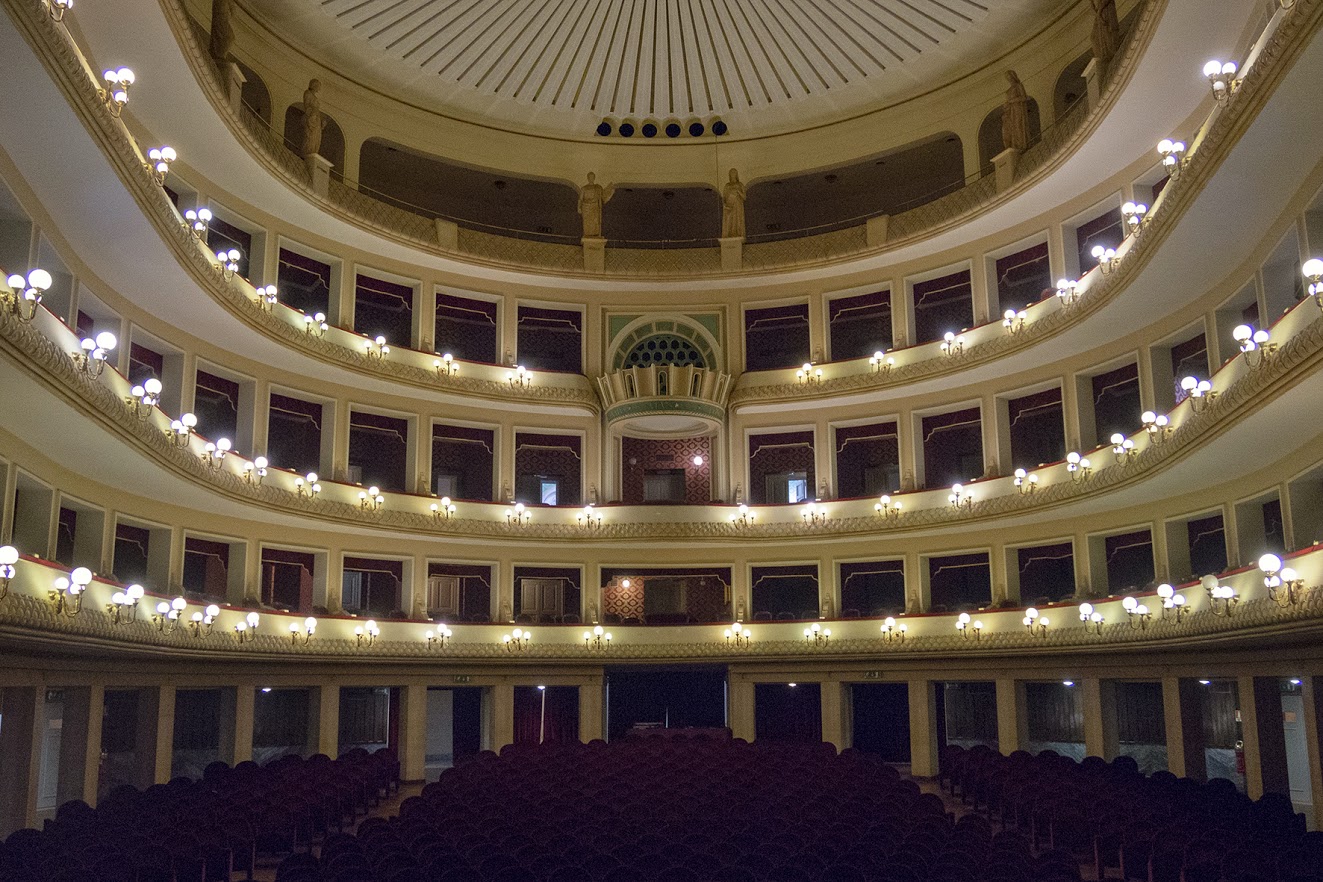 The church belonging to the patron saint of the city