Kaulon, founded by the Achaeans of Crotone around 7th century BC, was once located in what is known today as the town of Monasterace Marina, at the tip of the Stilo peak. Thanks to the excavations conducted by Paolo Orsi during the lasty century, today we can still admire its extraordinary wall remains and archaeological artefacts of inestimable value.

What has surfaced of the ancient Magna Graecia colony following the excavations is surprising. From an architectural point of view, the remains found in what was the sacred area of the town that corresponded among others to a Doric Peripheral Temple dating back to 5th century BC are of specific value. Those remains found in the area are called “Casa Matta”, and imposing spa building that houses a relic of enormous historical and archaeological value: a 25 square metre polychrome mosaic depicting a dragon, dolphins, and floral motifs, considered the largest mosaic dating back to the Hellenistic era never before found in Italy.

The one found on the site of Casa Matta is not the only Dragon of Kaulon. Inside the park, in fact, the remains of an ancient luxury dwelling that housed a mosaic floor work depicting a sea dragon can be found, which dates back to the 3rd century and is now preserved in the Museum of Monasterace.

The park also includes a vast underwater archaeological area that extends between the Doric temple and the current course of the Assi River, with over 200 findings. 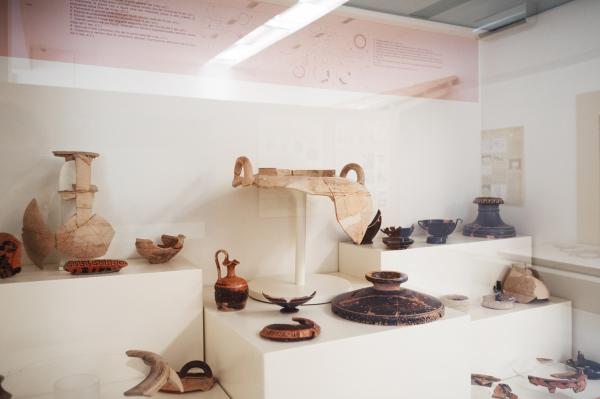 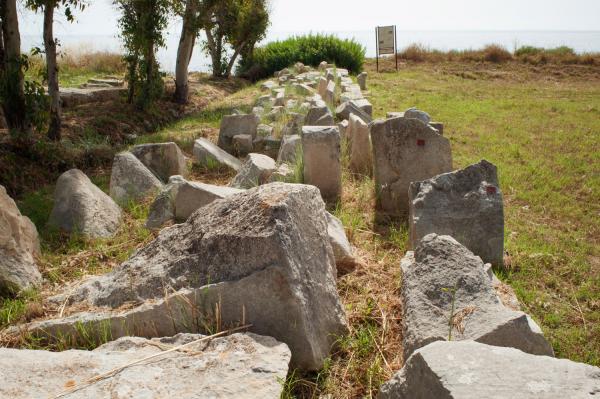 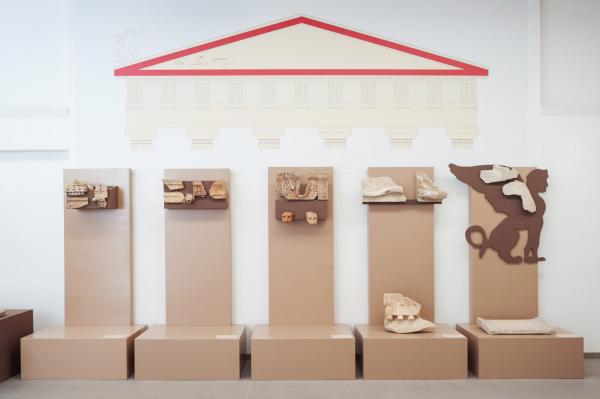 The Museum of Monasterace Marina

The objects that resurfaced as a result of the excavations and the recovery of the underwater area is kept at the Archaeological Museum of Monasterace Marina. An inscribed bronze slate, "Tabula Cauloniensis", with a dedication to Zeus in the Achaean alphabet (470-460 BC), as well as bases and tops of Ionic columns (beginning of the 5th century BC) found in the seabed in front of the archaeological site, numismatic artefacts from the Greek, Roman, and medieval ages, pitchers full of tar and, of course, the previously mentioned mosaic of the dragon, all stand out amongst the artefacts found on site. 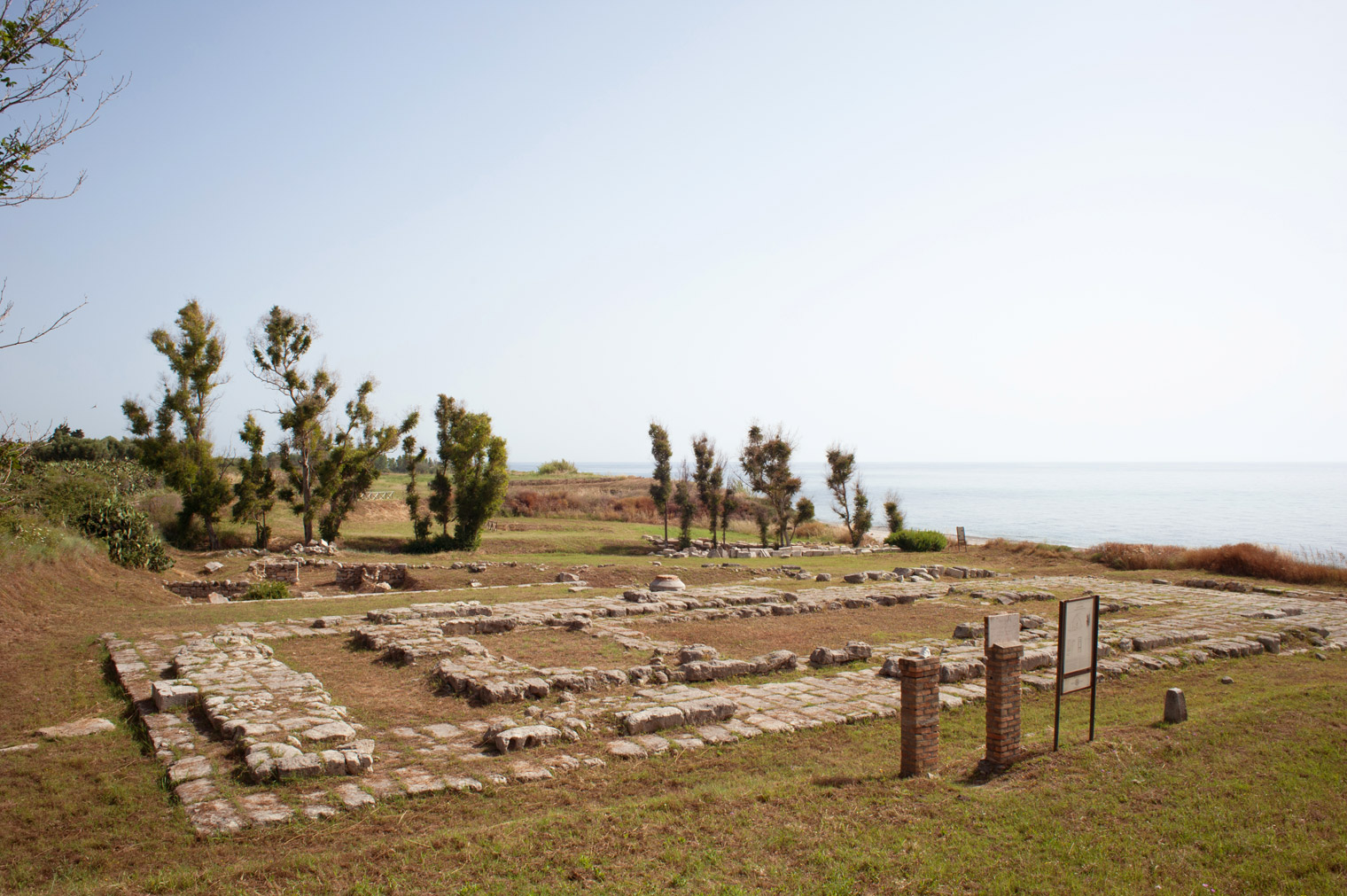