Piazza Vittorio Emanuele II is the square’s real name, but everyone in Reggio knows it as Piazza Italia due to the monument to Italy that stand in the centre and for 140 years has characterized its popular name. It is the most important square in Reggio Calabria, at the political-administrative heart of the Reggio area. It has a square-shaped plan, with the south-eastern side opening onto Corso Garibaldi, which houses some of the most important institutional buildings. In ancient times, it was also known as Tocco Piccolo.

A tribute to Italy

The monument which is a testament to the Unification of Italy stands in the centre of Piazza Vittorio Emanuele II and was the work of the sculptor Rocco Larussa in 1868. The monument consists of a marble statue that represents the turreted Italy exhorting its children, holding a sword to break the chains of Rome and Venice to create national unity. The monument pays tribute to the memory of the martyrs who fell on September 2nd, 1847, along with the many other martyrs who rebelled against the reigning Bourbons. The statue, in white Carrara marble, is three metres high.

In Pizza Italia there is the hypogeum, an archaeological excavation that is of great interest.

The buildings of the Institutions

Almost all the buildings in the square host administrations or institutions in the city. Specifically, on the orthogonal routes there are: Palazzo San Giorgio, the seat of the municipality, Palazzo del Governo, the Prefecture, Palazzo Corrado Alvaro, the seat of the Metropolitan City of Reggio Calabria, the Teatro Francesco Cilea, and Palazzo del Banco di Napoli. 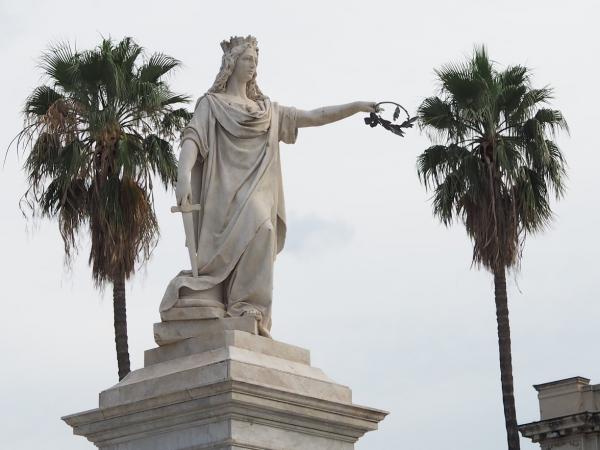 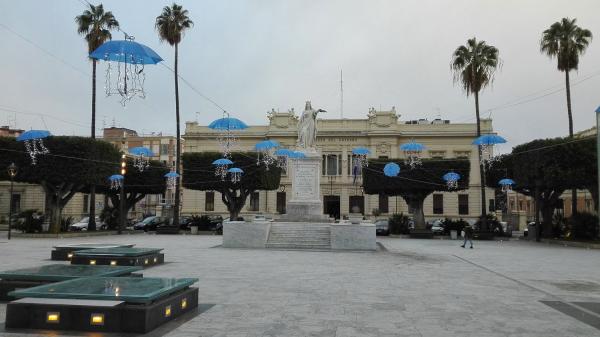 The square as a mirror to history

Over the centuries, Piazza Italia has had numerous denominations. In the 19th century, between 1810 and 1860, the square alternated between seven denominations, three of which were attributed by the people: the first, Piazza della Cattolica (linked to the presence of the church of the same name); then King Joachim, in honour of the King of Naples, Joachim Murat, for whom an obelisk was also erected; during the Restoration, it was called Piazza dei Gigli, with reference to Bourbon royal family, in whose honour, in 1828, a monument was erected dedicated to Ferdinand I, King of the Sicilies. With the entry of Giuseppe Garibaldi in the city, and the unification of Italy, in 1860 the Bourbon statue was demolished and the square was named after Vittorio Emanuele II, King of the new Italian territory. 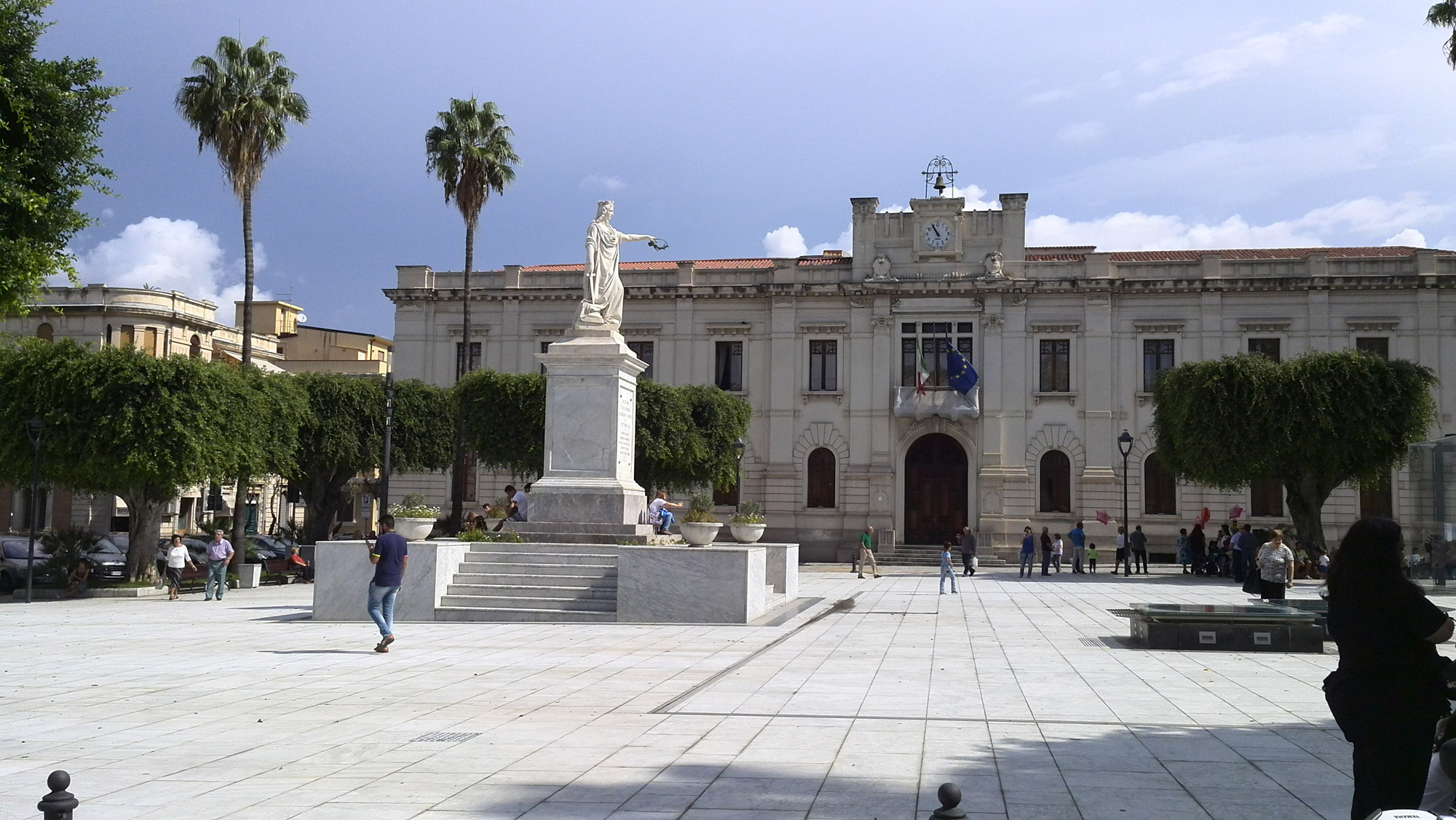