The building, which was originally located at the same site where the Communal Theatre now exists, is named after Saint George, the city’s patron together with the Patron Saint of Maria SS. Mother of Consolation. Destroyed following the earthquake in 1908, reconstruction began in 1918 and was completed in 1921 by the Palermo architect Ernesto Basile, a renowned exponent of international liberty. It was officially inaugurated in 1922 in the presence of King Vittorio Emanuele III.

All the beauty of Liberty

The architectural artefact has two above ground floors, featuring an almost square planimetric layout. On the ground floor, the building is divided into two parts that are connected by a gallery that leads to Corso Garibaldi and Via Miraglia. The first floor is characterized by rooms rich in liberty style, and specifically: a hall called Sala dei Lampadari (“The Chandelier Room”), the Sala del Sindaco (“The Mayor’s Room”), the Sala della Giunta Municipale (“The Counsellors’ Chamber”), and in the central part, the Sala del Consiglio (“The Council’s Meeting Room”), which is shaped in a semi-circle and contains furnishings designed by the same architect, E. Basile.

Inside Palazzo San Giorgio there is an important collection of works by Calabrian, Sicilian, and Neapolitan artists from the 19th and early 20th centuries. 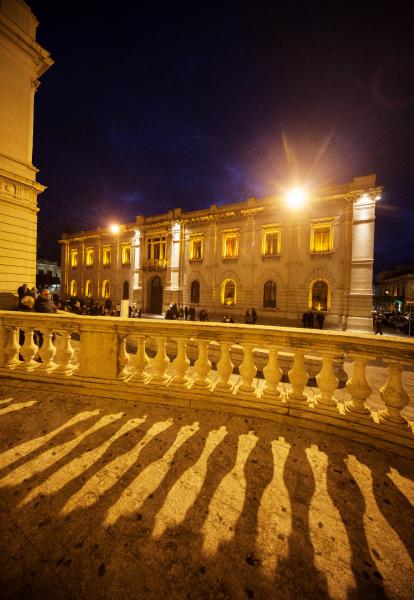 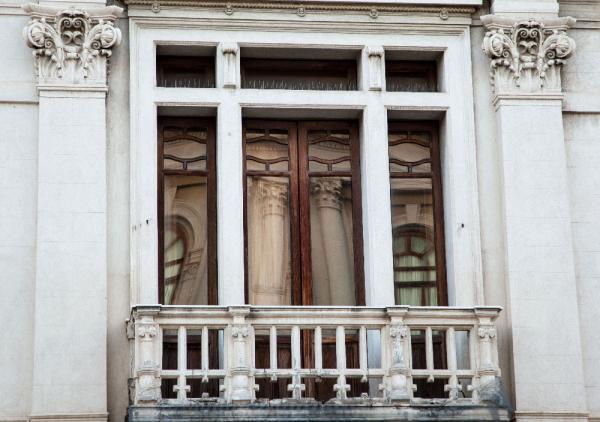 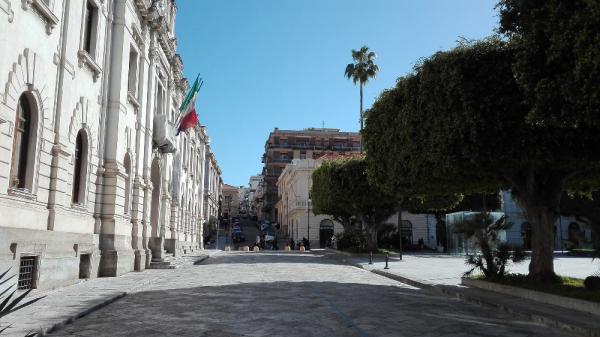 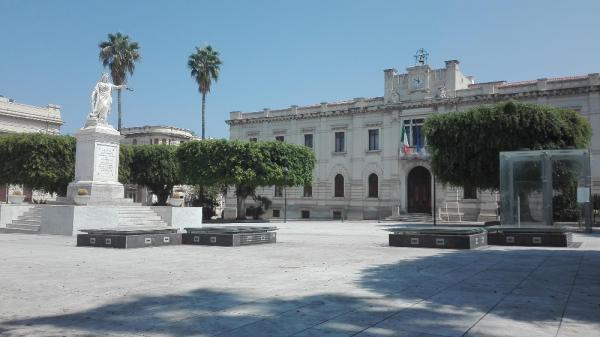 The main facade consists of a series of windows with round arches and rusticated and beamed frames, to which pilasters with capitals are added, stemma, and frieze on which the ample cornice with balustrade sits on the pilaster. The main entrance, located in Piazza Italia, is at the exact centre of the architectural design, representing a protruding element similar to the shape of a tower, surmounted by a balcony. Above the cornice, there is a clock topped by a bell. 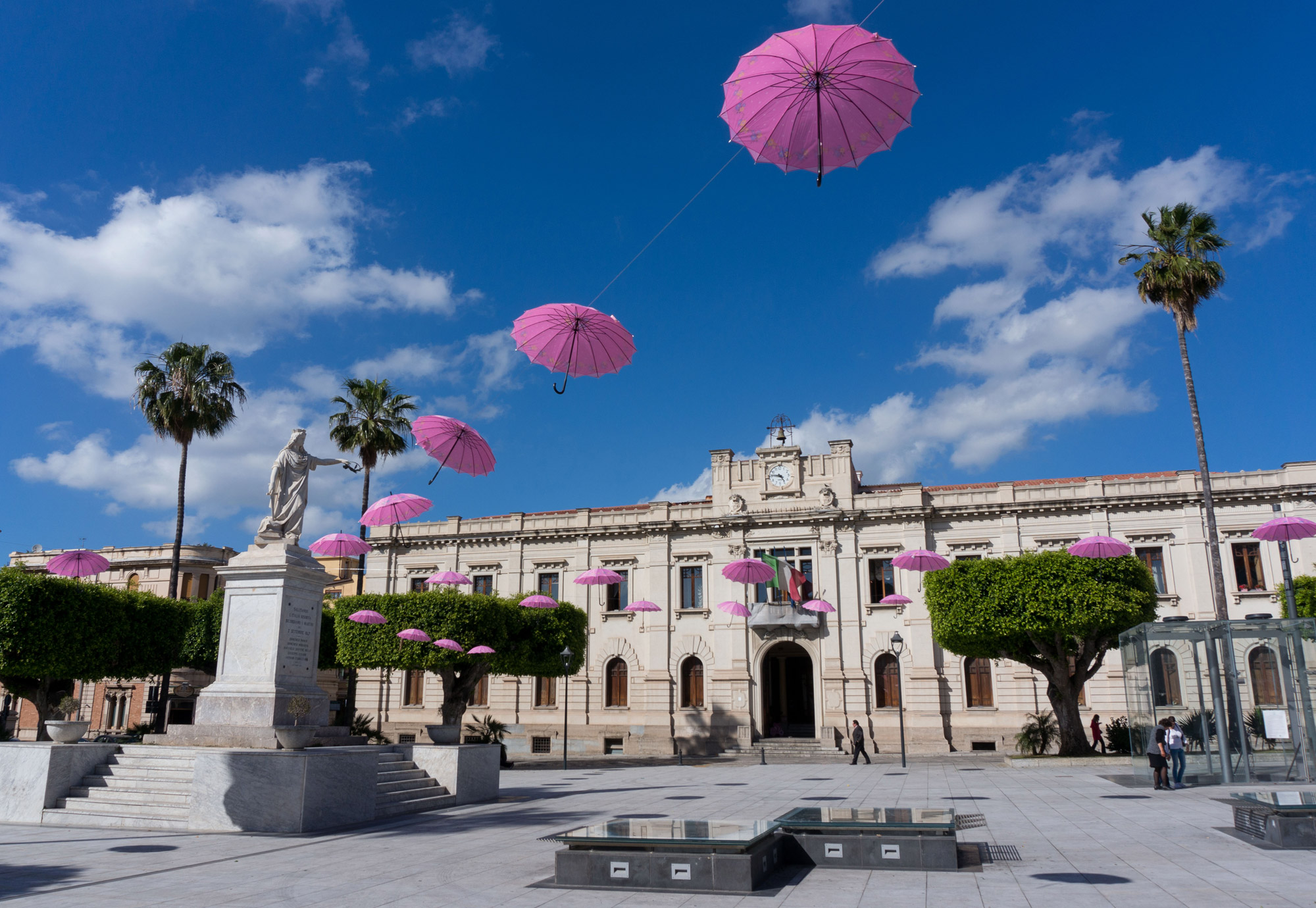