The Pinacoteca Civica (Civic Art Museum) of Reggio Calabria was established under city council resolution no. 22, on 9 July 2008, which also approved the regulations. It was inaugurated on 26 May 2008, following the renovation of its premises, located in a wing of the "Francesco Cilea" Municipal Theatre. The most prestigious works that exhibit the institution’s artistic heritage, which come from the period between the 15th and 20th centuries, are on display here. The oldest works come from the Civic Museum collections, which were suppressed in 1948. The Civic Museum was inaugurated under Mayor Plutino’s administration on 18 June 1882, housing the archaeological finds from various excavations carried out in the province (photo 1 – Inauguration poster of the Civic Museum).

The museum was first located in various rooms belonging to the municipal library, inside Palazzo Arcivescovile, which is located next to the Duomo. It was soon unable to contain the collections that gradually increased due to more frequent archaeological finds due to limited space. Between 1887 and 1889, the Museum found a new location in the Real Palazzina building, i.e. the seafront of the city built between 1786 and 1872, and, more precisely, in the building located on the corner of Via Marina and Piazza Caserme, overlooking the remains of the Roman baths found in 1886. The new museum was spread out across two floors; on the upper floor, there were 46 paintings in its inventory from 1892 (photo 2 – The Civic Museum before the 1908 earthquake).

Among the works belonging to this first nucleus, there are those from the Laocoonte sculpture group, which can be attributed to Pietro Bernini group from the seminary. The following paintings are included: S. Ignazio di Loyola by Giuseppe Mancinelli, now exhibited inside the Church of the Ottimati; Cain and Abel, which comes from the suppressed convent of the Philippine Fathers; Apollo and Marsyas, and, above all, the two tablets, later attributed to Antonello da Messina, "Visita dei tre angeli ad Abramo" (“Visit of the Three Angels to Abraham”) and "San Girolamo penitente" (“The Pentinent St. Jerome”), purchased by the municipality in 1890 by Giovanbattista Rota fu Michele, a descendent of a noble family from Reggio. During the earthquake of 28 December 1908, the Civic Museum building also suffered significant damage and thus the works contained therein (photo 3 – The Civic Museum building after the earthquake of 1908). As a temporary solution to house the collections, a barrack pavilion was built under a project led by the Engineer Pedace in 1911, which was enlarged in 1913, along Piazza Acacie (the area that is currently Via XXI Agosto). Meanwhile, a dispute began in the city regarding the establishment of a new National Archaeological Museum in Reggio Calabria, following a proposal by the archaeologist and superintendent Paolo Orsi, and the construction of a Civic Museum, to be hypothetically placed where the remains of the Castle were located. This last idea was approved on 17 May 1911 by the city council. During this period, the collections increased, partly due also to the amount of damage suffered during the earthquake by numerous civic and religious buildings that contained works of art inside them. In 1909, the Federico Genoese collection was acquired (photo 4 – portrait of Federico Genoese), inherited from his brother Domenico, and from this a testamentary bequest was made following his death on the night of the earthquake. Among the 65 works in the collection are: the paintings of the Reggio painter Vincenzo Cannizzaro, "Cena in Emmaus" (“The Supper in Emmaus”) attributed to Alonso Rodriguez, "Liberazione di San Pietro dal carcere" (“The Liberation of Saint Peter from Prison”) from the Preti school, and "Giuditta e Oloferne" (“Judith Beheading Holofernes”) from the Sicilian Baroque school.

In 1915, the Municipal Administration further enriched its artistic heritage by purchasing the Monsolino -Lavagna - De Blasio collection (photo 5 - La carrozza del Barone De Blasio – The Carriage of Baron De Blasio). This collection, made up of 35 paintings, was sold by Baron De Blasio, having destroyed his villa in Sbarre Superiore, where the works were kept. Among the paintings in the collection are, "Cristo e l'adultera" (“Christ and the Adulterer”) by Luca Giordano, "Ragazza che lava i sedani" by Monsù Bernardo, and the landscape paintings by Ignazio Lavagna Fieschi. In the meantime, it was necessary to provide a stable location to works and findings from the civic museum, which in 1915 were partially transferred to the basements of the finished Royal Magistral Institute, and in 1922, to today’s “Piria” Technical Institute where the "Spanò Bolani" Civic Museum was set up (photo 6 – Piria Technical Institute), while part of the archaeological collections were in the custody of the national museums of Syracuse and Taranto. Since 1915, the plans for the permanent location of the museum followed one another, from the first project proposed by the Engineers De Simone and Laviny, in the area where Piazza del Popolo is currently located, to the final project presented by the architect Marcello Piacentini.

The National Museum of Magna Grecia, as it is currently known, was inaugurated on 18 November 1941, but the Byzantine, medieval, and modern art sections, which also included pictorial and sculptural works, were inaugurated almost thirty years later, on 19 April 1969 (photo 7 – National Archaeological Museum of Magna Grecia). 60 paintings were displayed, laid out in five rooms, including some of the works from the suppressed Civic Museum and selections from the state works purchased from 1925. Indeed, with the agreement signed on 22 May 1948 between the Municipality of Reggio Calabria and the Ministry of Education, the Municipality sold the museum building and the collections of the Civic Museum to the Ministry, which was simultaneously suppressed.

On 26 May 2008, the current headquarters of the Civic Museum of Reggio Calabria (photo 8 – Inauguration of the Civic Museum), located on the first floor of the "Francesco Cilea" Municipal Theatre, built between 1920 and 1931, as part of a project led by Engineers Domenico De Simone and Luigi Laviny in 1919. The theatre’s wing, which was specially restored according to architect Fabio Mariano’s project, displays in chronological order what were the collections of the former Civic Museum, enriched by some state-owned works, such as "Il ritorno del figliol prodigo" (“The Return of the Prodigal’s Son”) by Mattia Preti and from the municipal collections formed during the 20th century. These latter works come largely from the Biennial Exhibitions of Calabrian Art, which took place in Reggio Calabria between 1920 and 1951, organised and promoted by Alfonso Frangipane (photo 9 - Alfonso Frangipane). Furthermore, thanks to the Biennials, today we can admire the works of Calabrian artists such as Rubens Santoro, Saverio Gatto, Enrico Salfi, Raffaele Ursini, as well as internationally renowned artists such as Renato Guttuso. The last collection that was received was the Vitrioli collection, granted to the Municipality by the descendants of the Reggio painter and composer Annunziato Vitrioli and his son Tommaso, also a painter. 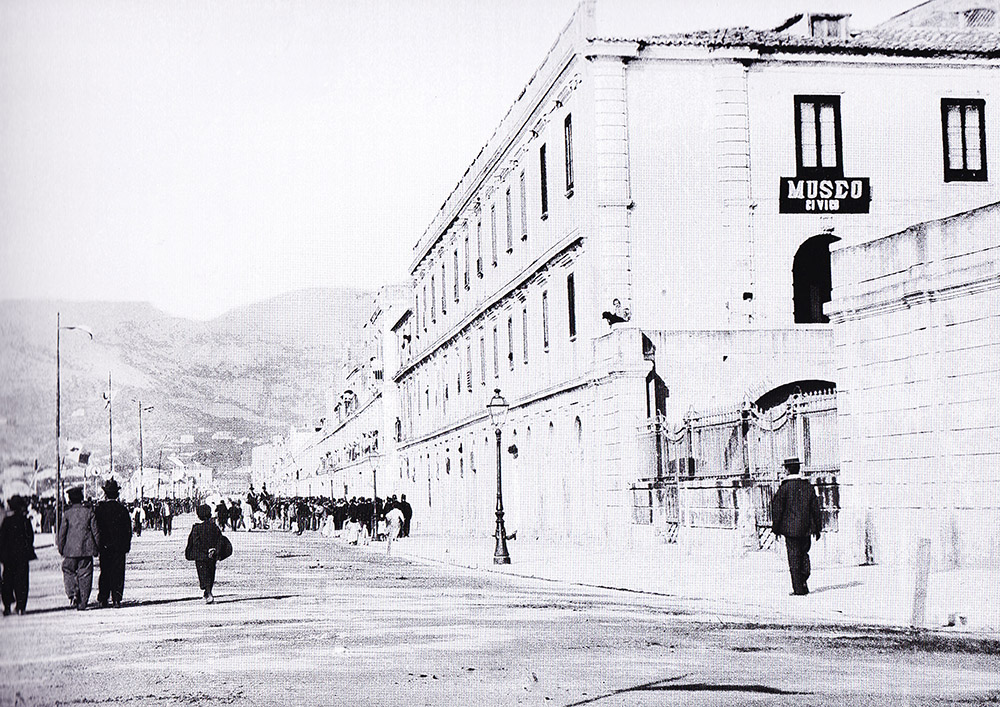 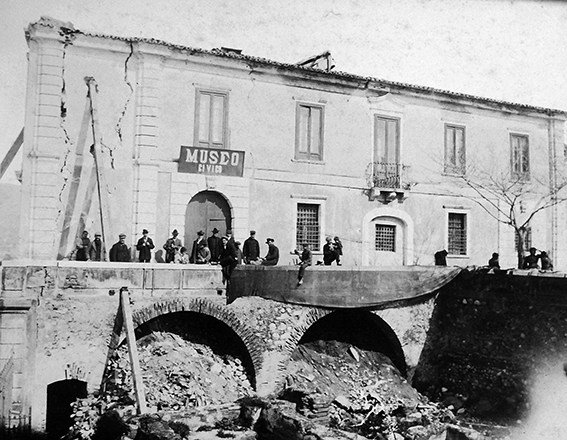 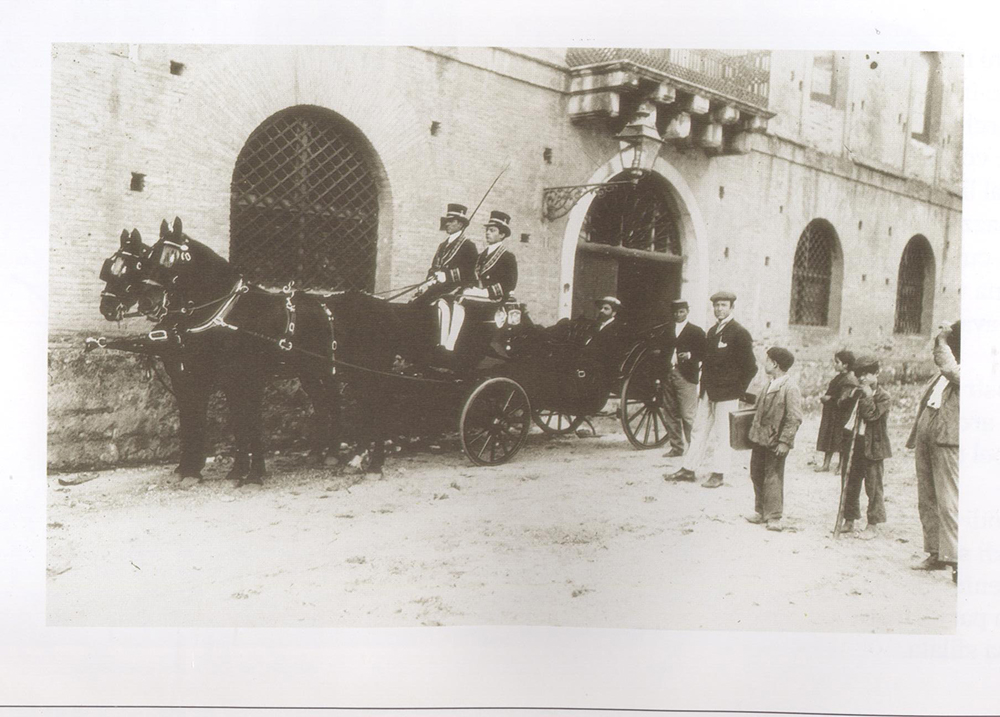 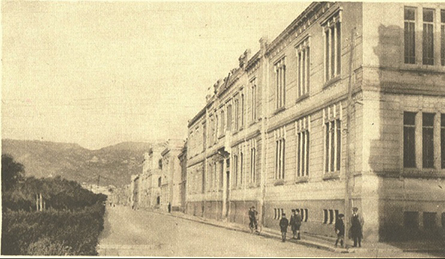 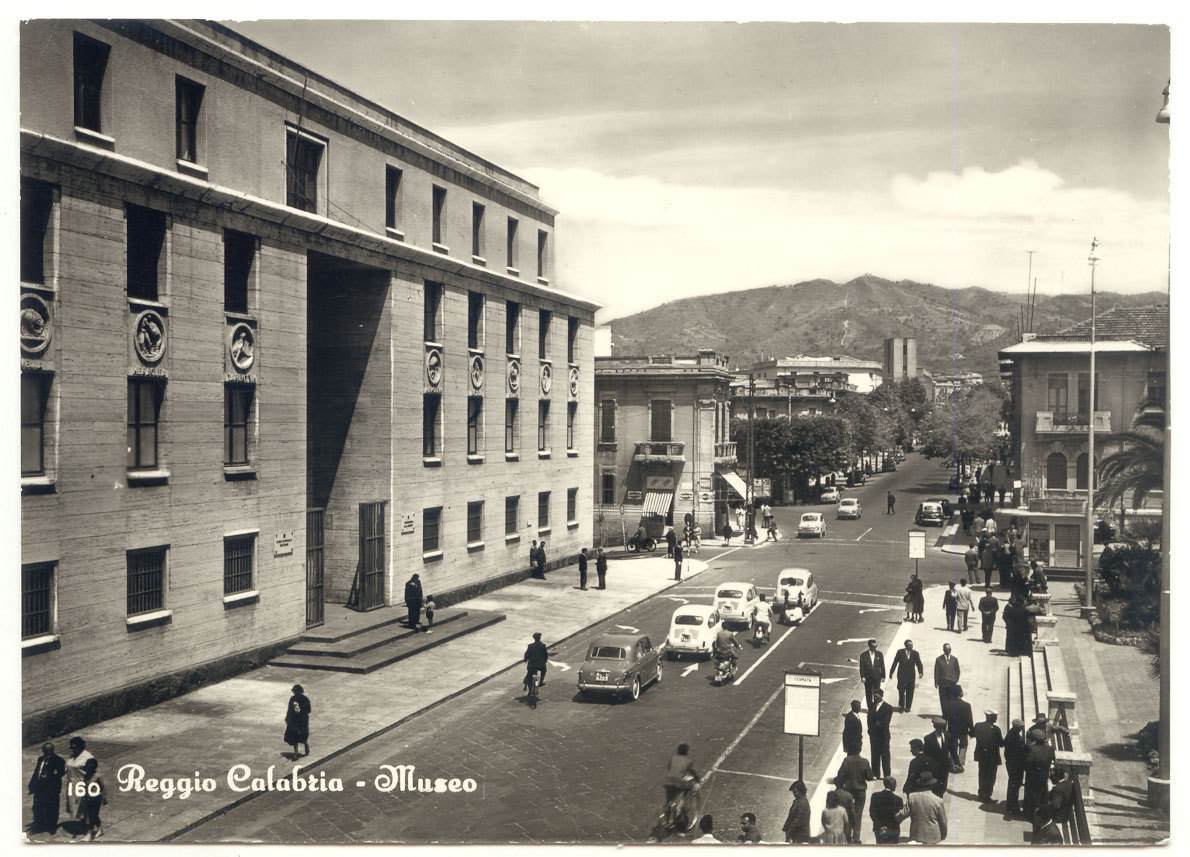 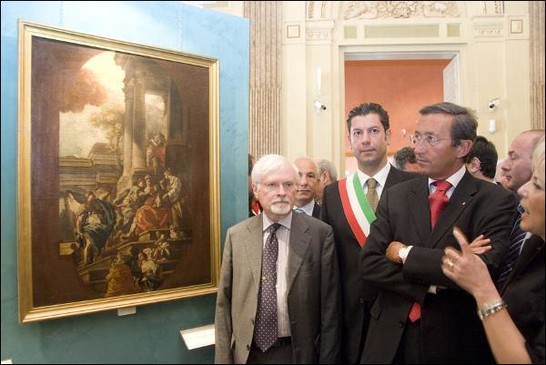 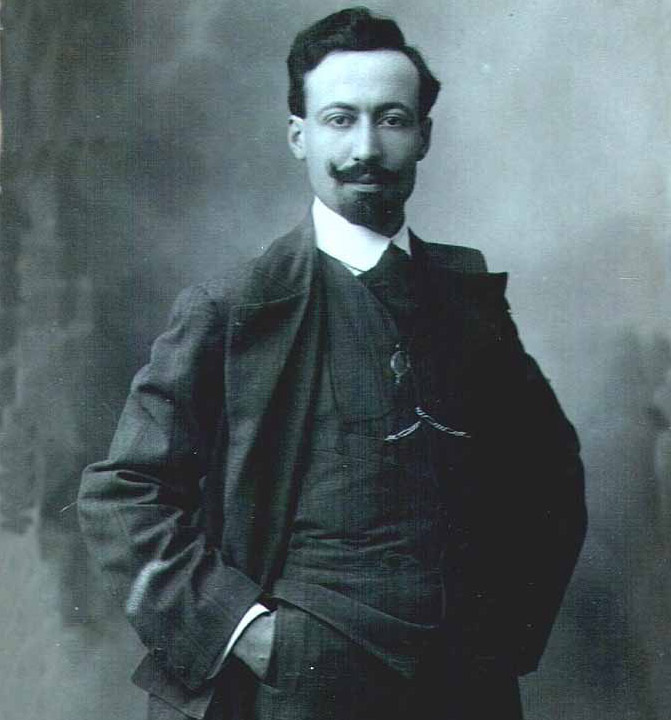