The Varia di Palmi festival has always been one of the most famous and important Calabrian religious events. The last Sunday of August is celebrated on a multiannual basis, this year reaching its 30th edition, and is dedicated to the Blessed Virgin Mary, the patron saint of the city. It is designed to represent the Assumption of the Virgin in heaven through a huge votive cart that travels through the city streets.

A festival that has brought Palmi to life for centuries

The history of the Varia begins on 11 January 1582, when the Messina senate donated precious hair belonging to the Madonna to the inhabitants of Palmi to pay tribute to a great sense of gratitude: the Calabrian city had offered hospitality to the many people of Messina scourged by the plague that began in June 1575 that had claims thousands of victims. From this moment on, devotion to the Madonna della Lettera became very strong among the people of Palmi: in 1600, the first testimonies of the festival of Varia di Palmi dedicated to the Madonna are recounted, continuing until 1872, the year in which it was suspended due to municipal law. The feast recovered its prestige 1900, thanks to the ingenuity of Giuseppe Militano, the inventor who designed the large wagon for the parade that is still used today, which is carried strictly on the shoulders of the volunteers, two hundred “porters,” to be precise, called «'mbuttaturi». In 2013, Varia di Palmi was included in the oral and intangible heritage of humanity by UNESCO, including multiple interests (cultural, artistic, religious, food and wine) and Mary’s hair is kept in a shrine inside the San Nicola cathedral.

The gigantic votive wagon is composed of a conical structure that is covered with white and silver papier-mâché that symbolizes the clouds and sky. On the highest point sits the Madonna, called Animella, personified by a young girl, who represents the mother of Jesus. 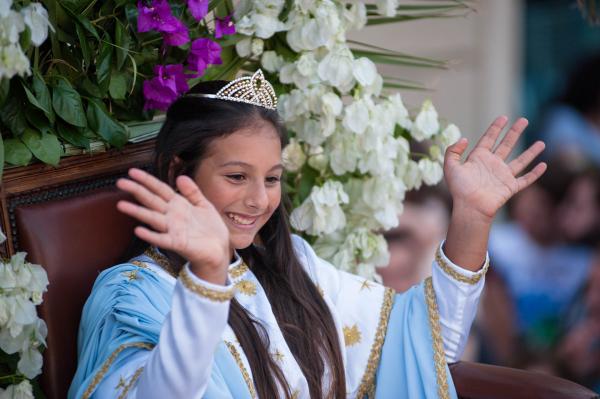 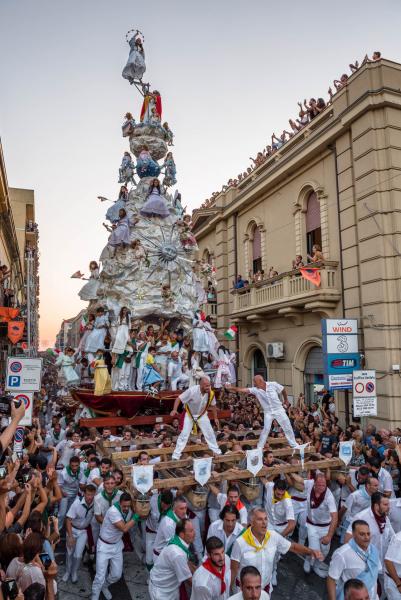 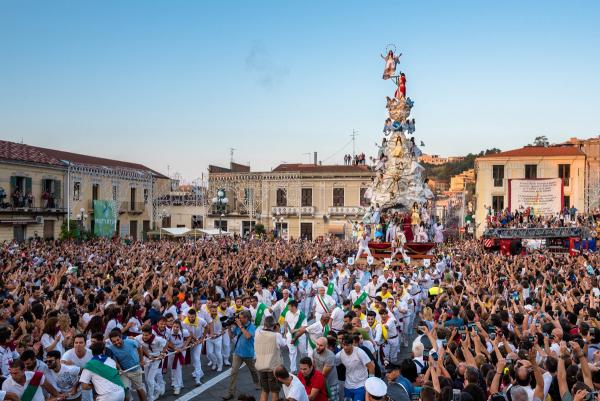 Two weeks of events and preparation for the show

The Varia di Palmi festival is not a simple religious parade: it represents a moment of hard work and commitment on the part of the entire city. The fundamental components that distinguish the festival are concentrated in August through a calata d’u Cippu, the heavy wooden base on which the Varia structure will be built in the place from which the parade will start, the choice of the Animella and the Padreterno. Their test of courage is to understand how ready they are to face the permanence on the cart, the procession of the Sacred Capello of the Madonna (the hair of Mother Mary) received by the people of Messina centuries ago, and, finally, the procession of the last Sunday of August, the so-called “giorno della Scasata” (“day of the Scasata”).