The beauty of the past

On the rocks of Capo Bruzzano stands Bruzzano Zeffirio, a town with ancient Greek origins, which now has about 1000 in habitants. It is a place of great cultural and religious interest, which enchants visitors with its unique history..

Bruzzano Zeffirio has very ancient origins. It is said to have been founded by Greek colonists who remained there until the population and civilisation grew to the point where narrow places could no longer contain and feed everyone. Later, a part of the population moved further inland to found Bruzzano, and the other part went instead towards the coast to found Locri Zefiria, the district of Palazzi di Bianco, and then Locri Epizefiri. Conquered by the Saracens in 925, Bruzzano was conquered numerous times by the Turks who in the 11th century used it as a starting point for their conquests in the neighbouring countries. For this reason, the citizens created a safe and protected area in one of the highest points of Bruzzano, namely Rocca Armenia, where the Castle was later built. Don Pietro D’Ayerbe De Aragona, Marquis of Grotteria, then bought the city and subsequently it passed under the control of the Carafa family, who retain the title of Dukes of Bruzzano. After the earthquakes of 1905 and 1908 that devastated the entire town, it was then completely rebuilt and moved to the sea. In 1863, the name Zeffirio was added to the name of Bruzzano, which included also included Casali di Motta (Motta Bruzzano or Motticella), Salvatore (Casalnuovo), and Ferruzzano in its municipality.

due to its proximity to the Bruzio promontory, the second by the Zefiro wind that blows gently between the coasts, and that, a long time ago, helped the Greek enter the waters of Capo Bruzzano.

The beautiful sights in the village

The Medieval Castle, now in ruins, is one of the charming places of Bruzzano and dates back to the 10th-11th century. Damaged by the earthquake of 1783 and reduced to rubble by the earthquakes of 1905 and 1908, it was reworked several times and rebuilt between the Middle Ages and the early 19th century. The Rocca Armenia, which housed the old village, is a sandstone monolith a few metres from the sea with a flat top, allowing for the first urban settlement of Bruzzano. It is possible to admire the three parts of the ruins of the Castle on this cliff: the military defensive structures, the noble chapel of the Castle, and the Carafa residence.

Another beautiful aspect of Bruzzano is the Arco Trionfale dei Carafa, an urban gateway on the eastern side of the town. It never had defensive functions but was erected to celebrate or honour someone’s memory or a specific event that marked the village. With a brick wall structure, from which the round arch derives from, flanked by pilasters and false columns in a style that is not easily recognisable, it is an arch that is inspired by the classical Renaissance style and by architecture, with a typical local Baroque style, but in its friezes and decorations.

The Chiesetta della Catena, with its unique legends, is also a marvel that stands out in the territory of Bruzzano Zeffirio. There is no definitive information regarding the foundation of this sanctuary; it is certain, however, that in 1538 the exercise of worship was transferred form this church to the rural one dedicated to Santa Maria del Piltro, rebuilt in the village in 1753, with the name of Santa Maria della Catena. The earthquake of 1783 destroyed both, but the cult of the Virgin Mary continued until the Marquis Fuscaldo rebuilt it a few kilometres from the town. 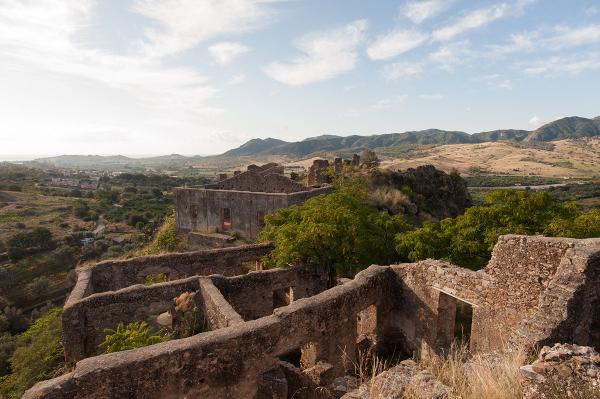 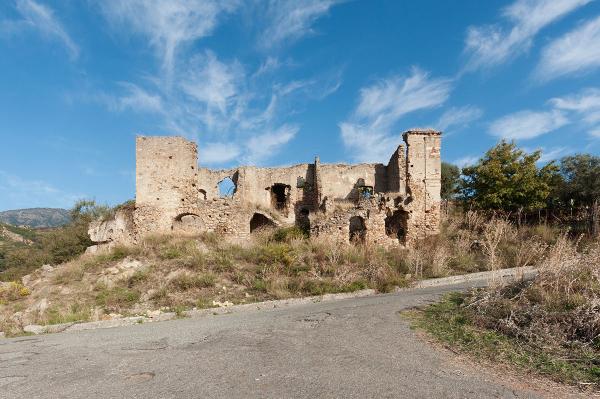 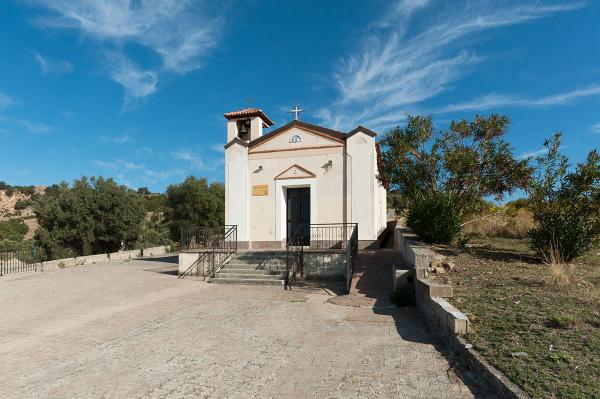 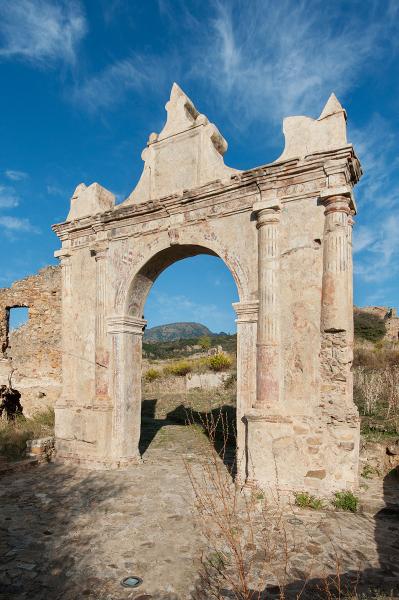 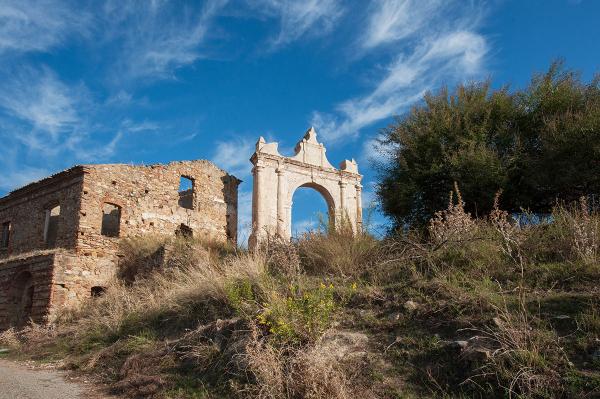 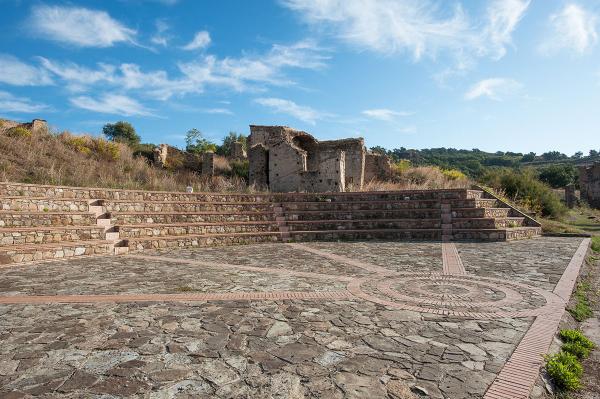 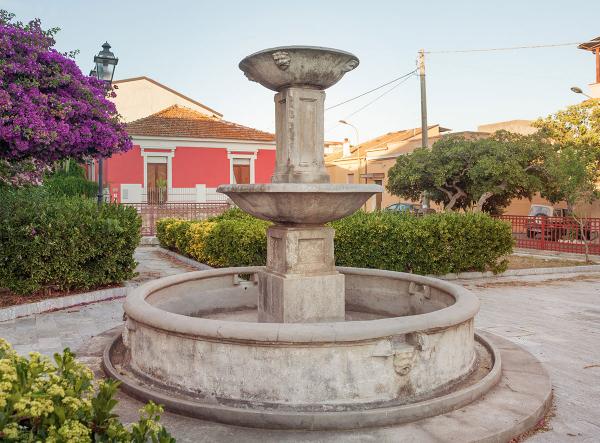 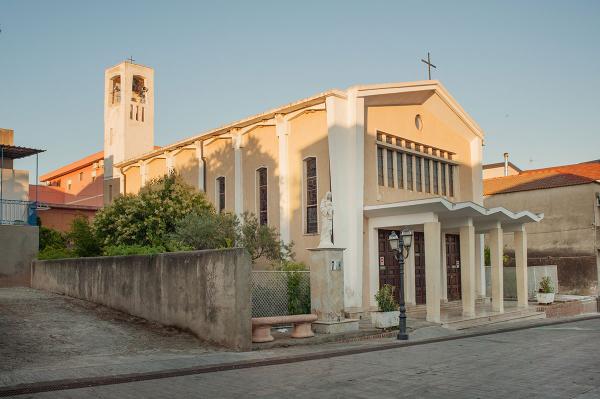 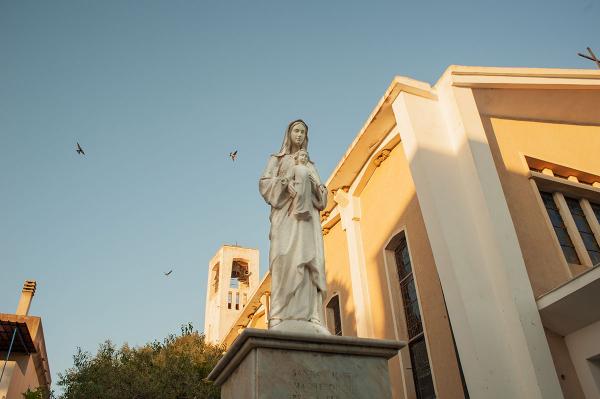 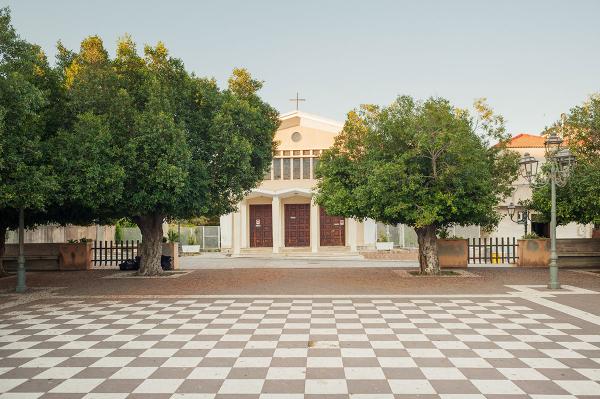 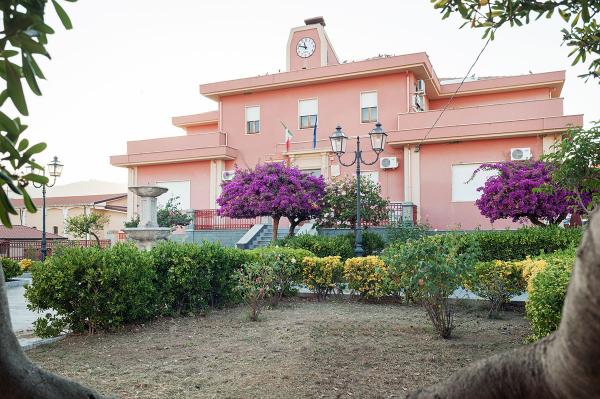 Bruzzano Zeffirio houses the statue of the Madonna della Catena, venerated in its namesake sanctuary. Behind the discovery of this statue, there is a unique legend: it is said that the masons of Bruzzano, together with those of Ferruzzano that found a box on the beach containing the statue, which represents the Virgin holding a child and a little boy chained to the ankle. The statue was loaded on a cart pulled by oxen and followed by the entire town in procession. The oxen stopped at the border between the two towns and it is is precisely there that the citizens built the sanctuary that still houses this statue.