Careri: the village between mysterious rocks

Back to the origins: the escape from the legendary Pandora

The first housing complex in Careri was built in the late Middle Ages, around the beginning of the 12th century, thanks to a group of families from nearby Pandora, an ancient Magna Graecia town destroyed by a catastrophic earthquake. The toponym goes back to the 16th century also in the form of Charere; it derives from the Calabrian “hareri”, which means “weaver”.

However, the existence of toponyms of Byzantine origin and the presence of many monasteries along the valleys of the streams found in the village, testify to the presence of pre-existing settlements at the time of its birth and a strong cultural and religious buzz that has interested, since the 7th century AD, the territorial area where Careri is located.

In modern times, after being incorporated into the barony of Bianco, it followed the succession of various feudal families, until the last one, the Spinelli family, princes of Cariati. The Bourbons, in 1836, elevated it to an autonomous municipality and joined it with Natile. Hard hit by the earthquake of 1783 and 1908, it also suffered from the catastrophic flood in 1951 that made it necessary to move some inhabitants to a new area.  Thus, the new district of Natile Nuovo was born. Today, the Municipality of Careri also includes the districts of Natile and Natile Nuovo (“New Natile”).

Natile Vecchio is a lump of houses close to each other, nestled between the grassy slopes of the Fiumara di Careri valley and the oak forests of Aspromonte. It is possible to visit the small church of Santa Maria del Soccorso founded as a parish in 1531 by the Prince of Cariati D. Carlo Spinelli and from which every year on August 17th the celebrations for San Rocco, the patron saint of the village, start. Just outside the town, the ruins of the ancient walls and the remains of the aqueduct can be seen. 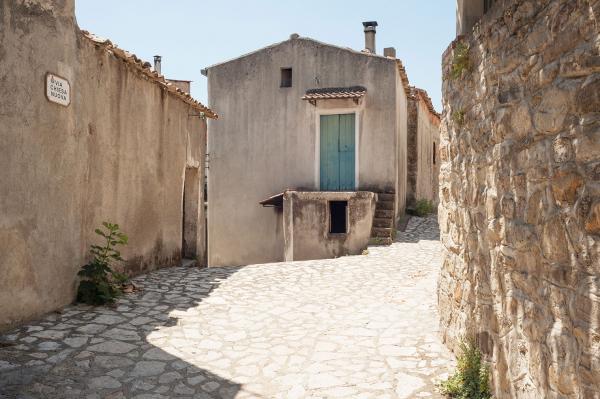 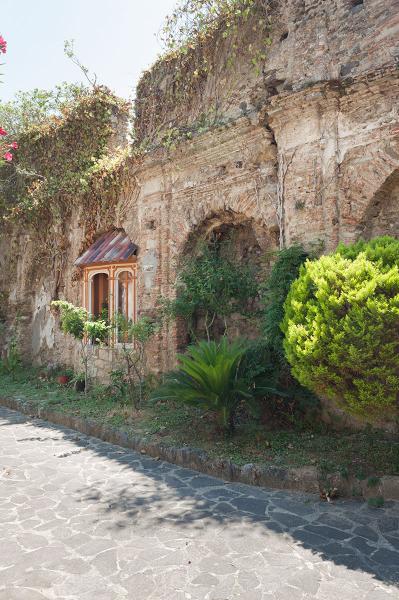 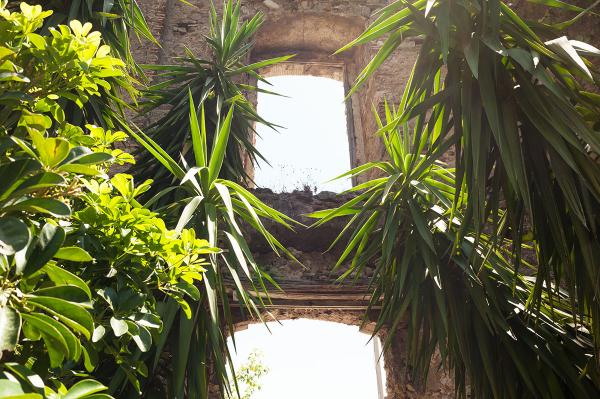 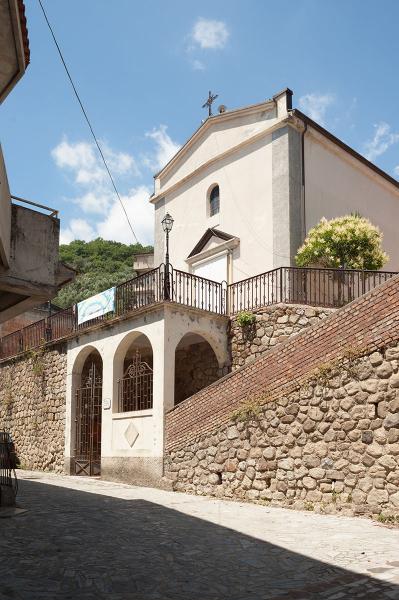 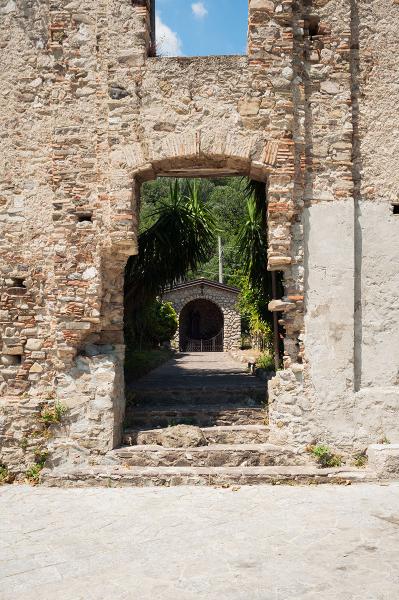 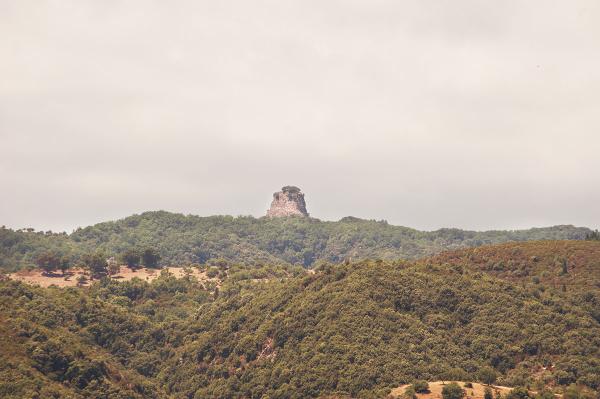 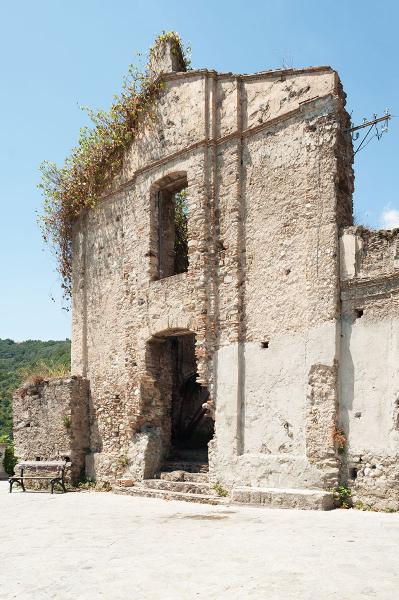 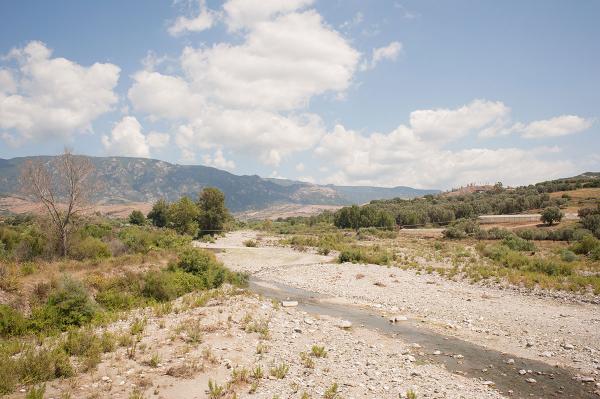 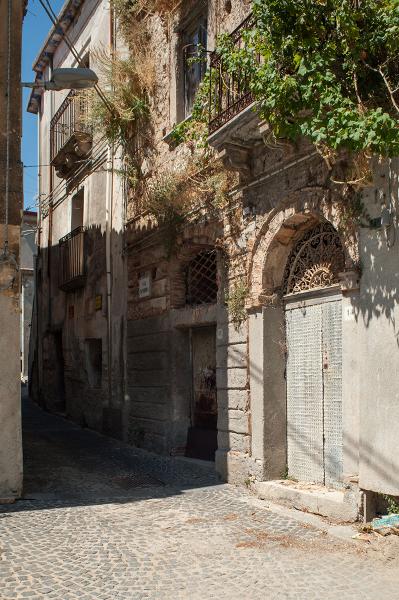 From the Belvedere, the horizon widens in the broad basin, resting in the heart of the Aspromonte National Park. The immense megalith known as Pietracappa dominates the landscape. It is a huge boulder, 176 metres high, with an appearance very similar to a panettone (Italian Christmas Bread), at the base of which is a slab that rests on it that creates remarkable visual effects.

The great monolith, the highest in Europe, is linked to various legends that refer to the life of Jesus and religious cults.

The most famous legend recounts that Jesus and the apostles arrived in Aspromonte while preaching, where they collected some boulders as penance. Peter picked up only one small stone. Jesus turned these stones into loaves of bread and left Peter with a small bite, as a large as the collected stone. The future first pope of the church, understanding the errors, placed the stone there that Jesus had raised, up to the size of today’s monolith.

When Peter became the guardian of Paradise, he decided to lock up the soldier who slapped Jesus in front of the Sanhedrin inside the large “Pietra Cappa”, condemning him to run and scream inside.

The Rocks of Saint Peter

Not far from the monolith, there is a system of conglomerate cliffs known as the rocks of Saint Peter. Unlike Pietra, they have a lower altitude and reach a maximum altitude of 578 metres high. The site is adorned with artificial caves: small rooms dug by humans in the rock that gives the complex that houses them a mysterious and fascinating appearance.

Following various archaeological studies, it was concluded that the Basilian monks of Greek rite who came from the East following the iconoclastic war used the rocks of Saint Peter in ancient times as ascetics for hermits.