Ardore is located less than a hundred kilometres from Reggio Calabria and three kilometres from the archaeological park of Locri Epizefiri. Between the two Condojanni and Pintammati rivers and the first hills of Aspromonte, overlooking the Ionian Sea in a breath-taking panorama between Punta Stilo and Capo Bruzzano. A rapidly growing tourist destination for the splendid waters of its coasts, it is also a town rich in history.

Before the Greeks arrived, Adore was a land conquered by the Enotri and Siculi, as evidenced by the findings in caves and on the banks of the Salice, Condojanni and Pintammati rivers. Some of these findings have led historians to think that the territory surrounding this fascinating municipality had been inhabited since the Neolithic period. Therefore, it is an ancient village rich in history, which was strongly influence by the Hellenic presence: the dialect still spoken, in fact, preserves its cadence and words to signify the long permanence of the Greek people. As evidence of this, there are also numerous remains, including tombs with typical Hellenic pottery, and, in the Salice district, those of a Greco-Roman theatre. Today, two square blocks of the basement and a part of the column forming part of the latter, are preserved in the historic centre of the town, where it is possible to visit them. During the Roman period, Ardore became a large fortified centre on a hill that was divided into three floors. The Margio districts (from the Latin marges, linked to the processing of wheat), and Tractaria (from the Latin tractoria, or place of the administration of justice), still preserve the typical Roman layout, bearing witness to the influence of these people. In the period of the Byzantine invasions, Ardore lost the importance gained over the centuries to cede the baton to nearby Gerace, from which it then depended on. It flourished again during the Bourbon domination, above all with respect to its commercial activities such as silk production, acquired above all by the merchants of Messina, and in the arts, providing the entire region with a type of prestige with noble and large families such as the Ramirez and the Gambacorta. The current municipality, characterised by a splendid and almost intact medieval historical centre, was founded in 1908, taking on he emblem of the last feudal family that dominated it: an eagle devoured by fire with an olive branch in the rostrum and among the claws, a coat of arms with “Ardor” written on it.

The Zippularia, fresh bread in the shape of a donut, is one of Ardore’s typical specialties. It is served with chopped tomatoes, sardines, or marinated anchovies, oil, oregano, and chili pepper. It is so delicious that it represents the Mediterranean tradition in every way!

A gem in the historic centre

You can visit the feudal castle in the historic centre of Ardore. A square building with four towers—of which only one is still intact today—stands on a tuffaceous relief and was enlarged during the Byzantine period. Born for defensive purposes and characterised by imposing fortifications of which testimonies are kept, it has also hosted the court and the city administration. In 1882, the beautiful garden between the drawbridge and the facade was expropriated to enlarge the adjacent Piazza Umberto I. Considered one of the most beautiful castles in the area, although it was never completed, today it hosts major events, both private and public. 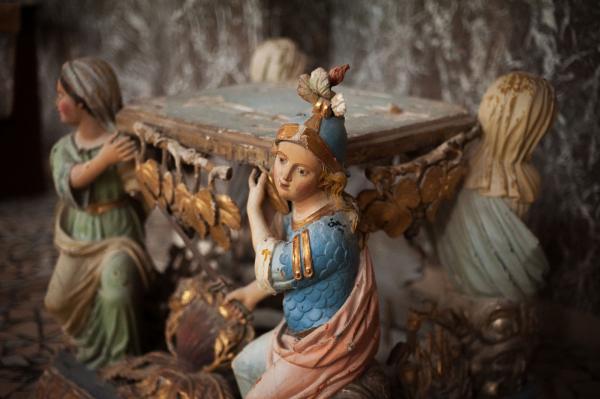 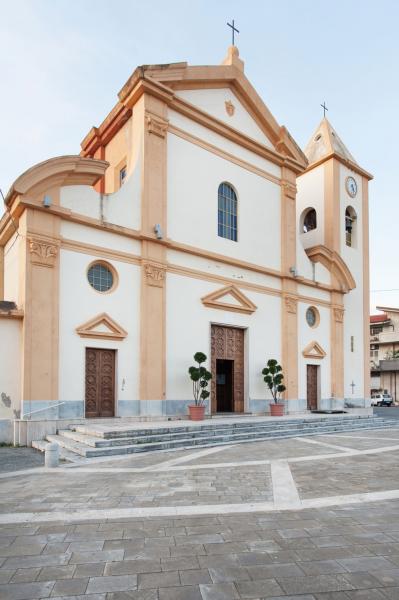 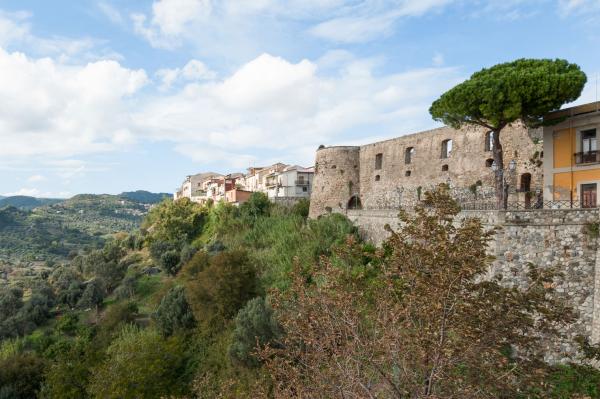 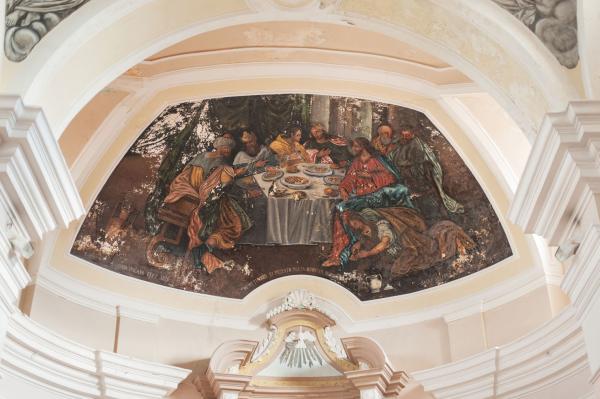 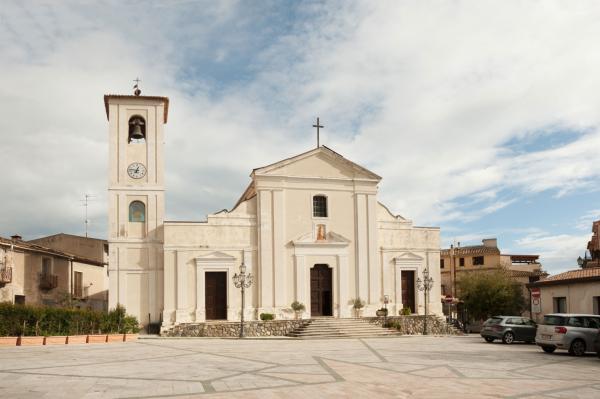 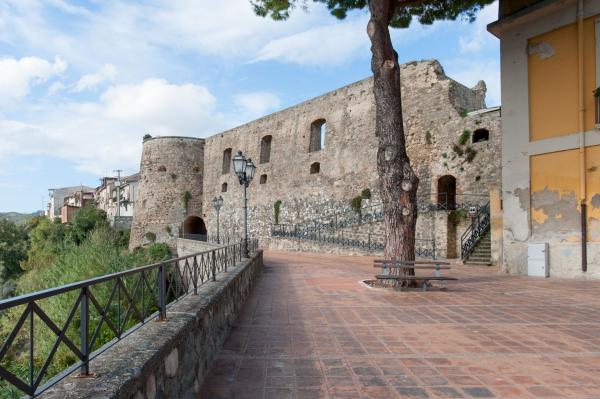 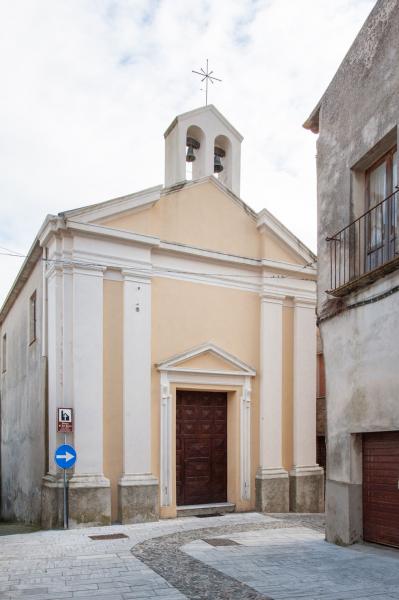 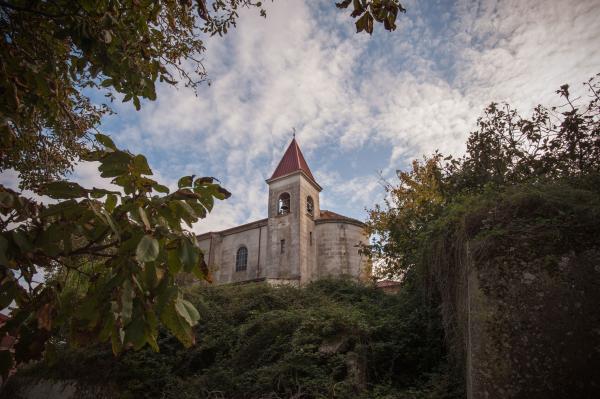 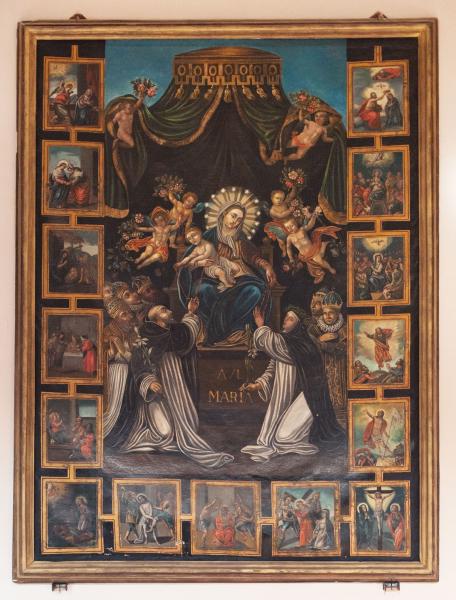 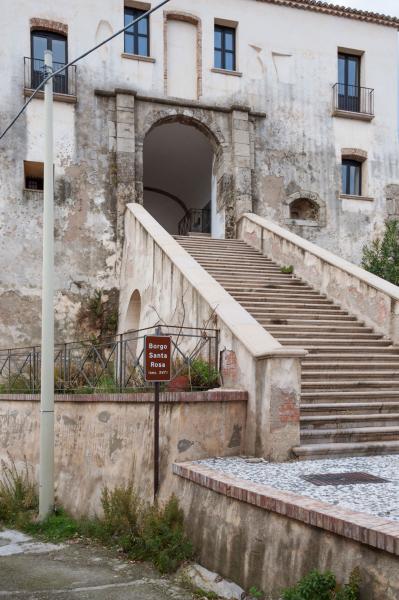 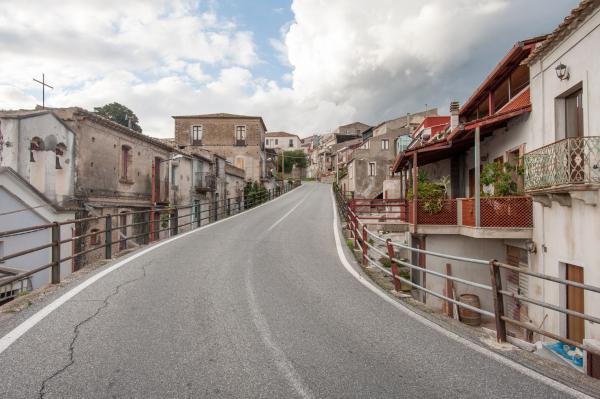 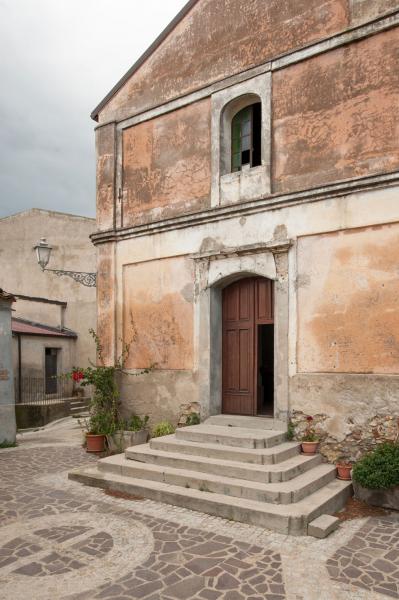 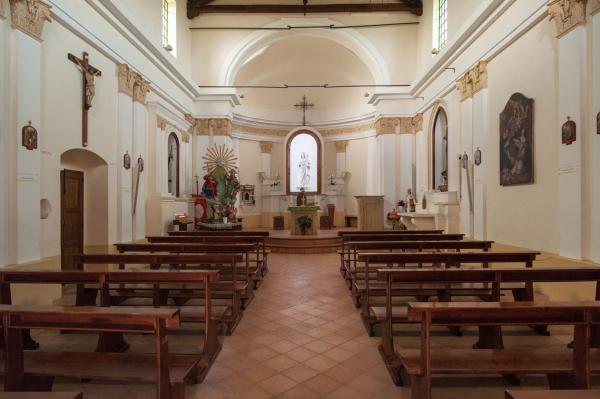 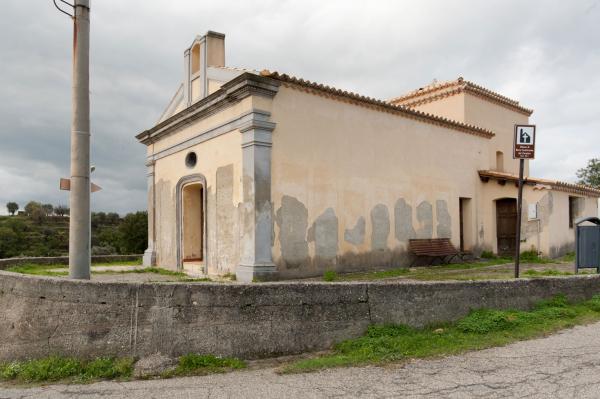 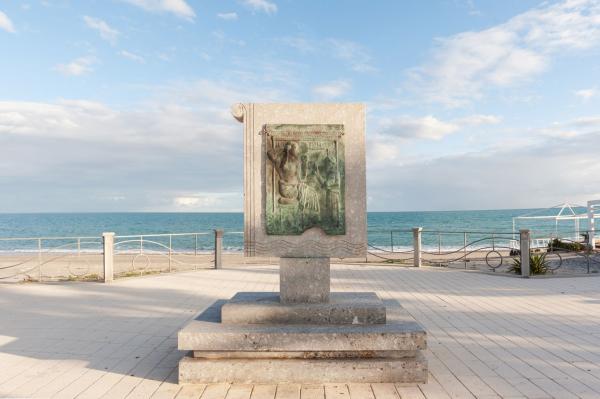 As for the architecture of the city, there are two beautiful buildings to admire: first, the oldest building in the entire down, Palazzo Arcuri, dating back to the end of the 16th century. It also features a characteristic promenade, called the Via Marina, and is about 2 kilometres long and looks directly onto the beach: a magnificent place that is very popular in the summer months. Among the religious architecture of the village of Ardore, the Church of San Leonardo must be mentioned, in the centre of the village, dedicated to both the saint from whom it gets its name from and Santa Maria di Lautrenta. Most likely from the Byzantine era, it was extended and restructured in subsequent periods due to earthquakes. On three naves, it houses many works of art such as the large canvas depicting the Madonna del Rosario, the polychrome altar of the Holy Sacrament from the 18th century and the painting of the Supper in the Pharisee’s house, right on the vault overlooking the altar. Worthy of the same attention is the church dedicated to the Madonna della Marina, typically Byzantine, located in the Jewish quarters. A private chapel of the Gambacorta family, it houses a beautiful statue of the Madonna and child. Close by, remains dating back to the Greco-Roman era and of an early Christian necropolis have been found. The ancient church (9th century) of Santissimo Salvatore, in the district of Salvatore, in the Marina is now reduced to ruins. Although deteriorated from the passing of the years, here it is still possible to admire a fresco depicting the Madonna holding her child, the only decoration that probably embellished the church. Then, there’s the Church of San Rocco, a beautiful building form the early 18th century that was rebuilt after the earthquake of 1783 at the expense of the Sacred Bank. Later it had its own jurisdiction over the village of San Giovanni. In the district of Bombile was the Sanctuary of the Madonna della Grotta, completely destroyed by a landslide in 2004.