Set in an extraordinary landscape that welcomes the green of the mountains between the blue of the sea and the sky, Placanica is one of the Calabrian villages most loved by photojournalists precisely because of the extraordinary beauty of the surrounding landscape, where the views of the country are integrated in such a harmonious way, as the traveller Edward Lear pointed out, who writes in his Journal of a Landscape Painted in Calabria wrote:

“This place has no depth, but it is as if it were only a surface, being the houses built one above another on the edges and in crevasses, on the façade of a large rock raised in a summit, its highest pinnacle adorned with a modern building […] seems built as a marvel for the passer-by.”

Known for having provided hospitality to Tommaso Campanella during his novitiate at the Convent of the Dominican friars, Placanica suffered the wrath of the elements and natural disasters for centuries, up to a disastrous earthquake that destroyed it in 1907. The reconstruction that followed, through a long process of historical and artistic heritage recovery, brought to light the ancient, splendid medieval plant of the village and its urban structure which, intact, offers visitors architectural treasures and monuments at every corner.

The area where Placanica is located has been frequented since the times of Magna Grecia, however the town was founded by the Byzantines with the name of Motta Placanica, in reference to an ancient defensive construction very frequent in Calabria, between the 11th and 12th centuries AD. The village retained the name of Motta until 1816, when the feudal administrative system of the area definitively lapsed. Despite the earthquakes and natural disasters that have often affected this area, the medieval features of the village are evident, with picturesque alleys and clay-coloured houses covered with the characteristic Ciaramid tiles and the unusual layout from which the traveller Edward Lear was deeply fascinated. Walking along the ancient village, it is natural to try to reconstruct its history by observing the facade of churches and noble palaces on which the signs of a glorious past are still visible that do want to give way to oblivion, whose symbol is the Castle of Arcadi, the main attraction of the village, which since 1283, the year of its construction, stands out to protect the town and the entire valley below.

A little further down, the Church of San Basilio Magno, built in the 12th century, boasts a marvellous 17th century painting representing San Gennaro and an imposing marble and silver tabernacle attributed to the Gagini School. The church today presents a mixture of architectural styles ranging from the Byzantine to the late Renaissance and bears witness to various restoration and reconstruction interventions, with an important 17th century chapel adjoining the single nave, which bears the noble coat of arms of the Clemente family on a wall. The Church of Saint Catherine, dated 1470, also provides important cultural cues: damaged by the numerous earthquakes that have affected this area, it has long remained a ruin and has only recently been the subject of a thorough restoration that brought it back to its ancient splendour, also thanks to the fortuitous and almost miraculous discovery of a splendid fresco hidden behind a brick of walls. Adjacent to the church, the Convent of the Dominican Fathers in which Tommaso Campanella took his vows. Founded in the second half of 1400s, it is one of the oldest in Calabria.

Placanica is famous for the textile handicraft activity carried out by the locals, who still use ancient embroidery and weaving techniques such as the manual loom. During the summer, exhibitions and the sale of textile products made during the year are organised. 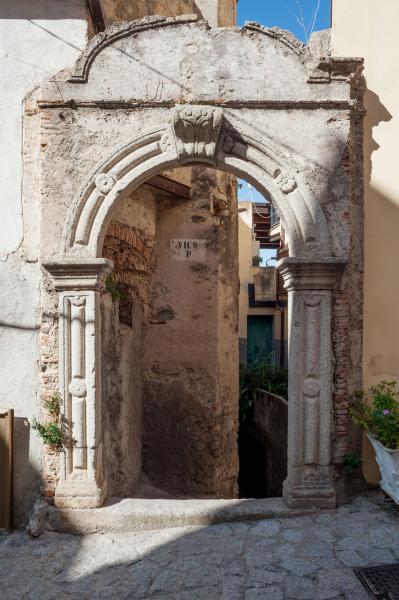 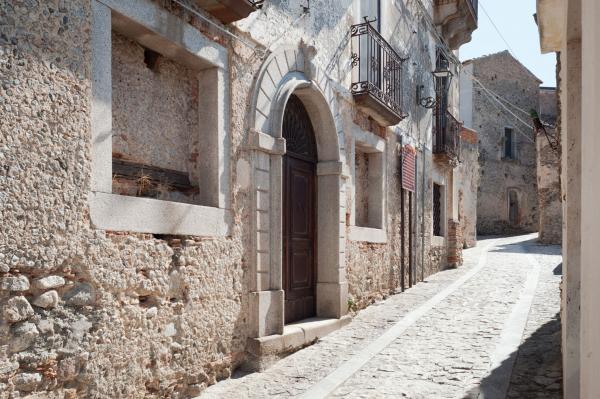 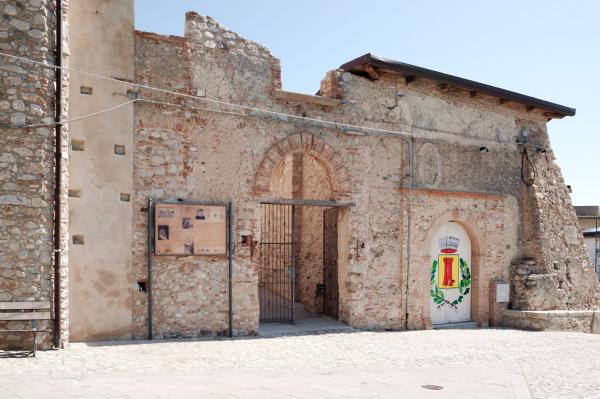 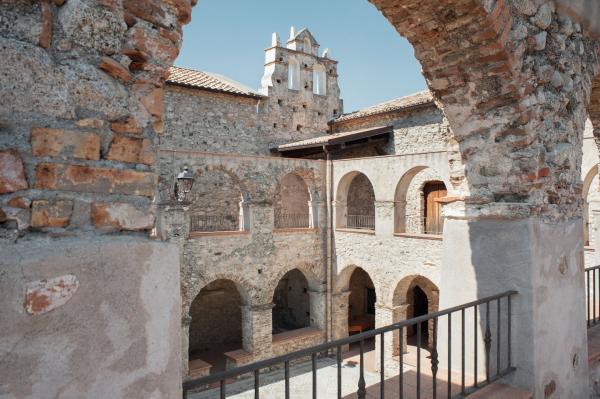 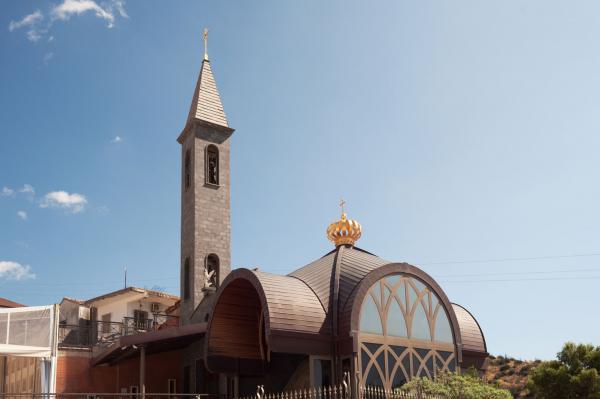 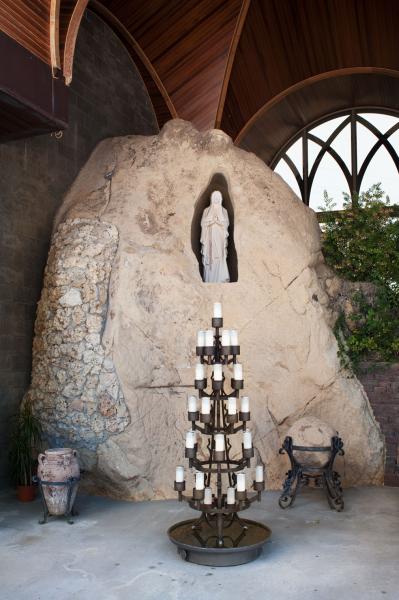 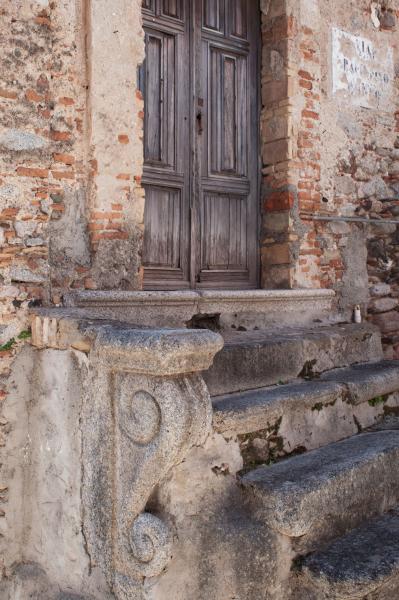 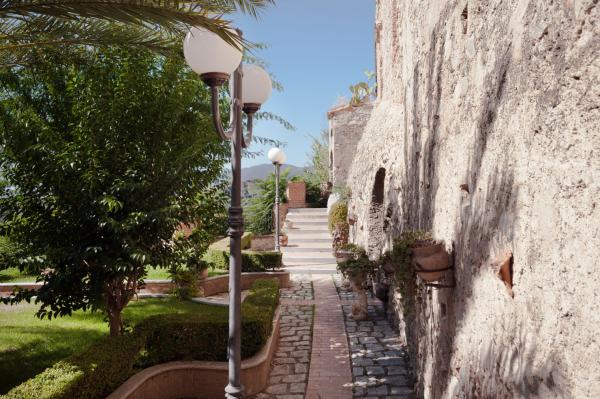 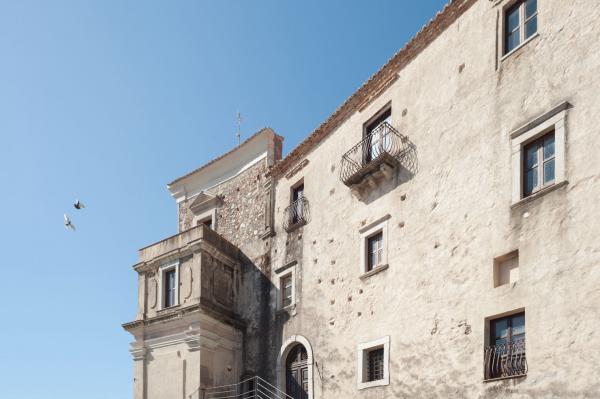 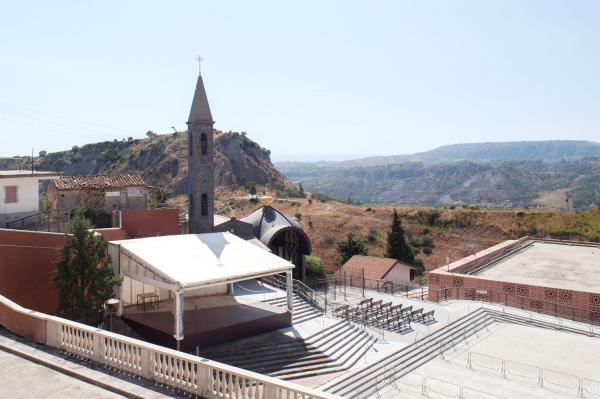 The sanctuary of the Madonna dello scoglio

The 11th of May, 1968. While he was carrying out his daily duties high above near the town, the pastor Cosimo Fragomeni had a vision of the Immaculate Blessed Virgin, who called him from a nearby rock. Inspired by this and other successive visions, the shepherd began a hard journey of faith, which led him to the foundation of the Sanctuary of Madonna dello scoglio. The sanctuary, which initially consisted of a simple niche carved into the rock of the first vision to then house a statue of the Madonna and a simple chapel, has since been extended several times thanks also to the donations of the thousands of faithful who go on pilgrimage here during all year, and now there is also a church with a majestic altar. Every May 11th, thousands of faithful from all over Italy come here to celebrate the anniversary of Brother Cosimo’s first vision.