Softly nestled between the heights of the Stilaro and Allaro valleys and the crystal clear waters of the Ioanian Sea, the town of Monasterace has been proudly exhibited since ancient times, whose memory has been carved among the stones of the Doric temple of Apollo on the beach, in the motifs of the precious Greek mosaics found here, in the folk traditions still experienced with enthusiasm. The port of the ancient Kaulon, an important Magna Graecia city whose ruins continue to resurface among the golden sands and Mediterranean maquis of the valley, Monasterace is a fascinating place where Byzantine castles, Orthodox monasteries, Greek ruins and medieval traditions tell the story of a glorious past that has left its memory in the rock and sand, from which priceless treasures occasionally re-emerge.

According to legend, Caulone son of Cleta, the mother of milk of the queen of the Amazons, landed here at the Lighthouse of Monasterace and founded the city that took on its name in the eighth century AD..

Kaulon was a very rich and important city for Magna Grecia and its ruins, on the sides of the lighthouse, continuing to provide us with findings of great value and emotion. In the 1960s a lady saw some pieces of the mosaic depicting a dragon – now displayed in the Monasterace museum – which has then become the town’s symbol; recently, the dragon motif reappeared in a large mosaic found in 2012 in the archaeological area of Kaulon in excellent condition, which was probably the floor of a thermal pool. The mosaic, one of the largest found in Southern Italy, has a motif of dragons, dolphins, and a hippocampus. The archaeological park of Kaulon stands right on the sea, at the point where Paolo Orsi identified the ruins of the Doric temple of Apollo in 1890, and seeing it live is a fascinating experience that projects a sense of temporal suspension and leaves you with the sensation of having walked a step into infinity, or from a treasure preserved in the sand and the waters waiting for a lucky person to look at it and grasp it. Findings like this, such as the mosaic of the dragon and other treasures of ancient Kaulon are exhibited at the Museum of Monasterace, one of the most important in the world for Magna Graecia.

The marine part, with the lighthouse, the archaeological area and the modern and well-equipped promenade is dominated by the oldest historical centre, whose foundation was attributed to the survivors of the destruction of the ancient city of Kaulon; located on a hill about three kilometres away and surrounded by four massive medieval style city gates, the historical centre of Monasterace is crowned at its highest points by the Norman-Byzantine castle, the subject of an important restoration after centuries of changes in hands and not always successful restorations.

The beautiful mosaic floor of the hall of dragons and dolphins found in 2012 surfaced just on the last day before the end of the excavation campaign. Professor Francesco Cuteri and some passionate students carried out the excavations for another week and succeeded in the discovery of the first portion of this priceless treasure. 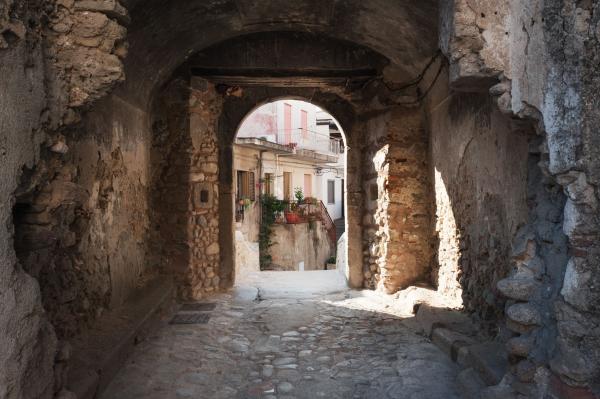 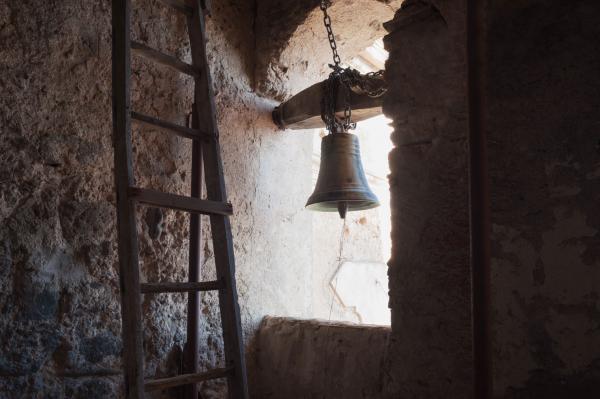 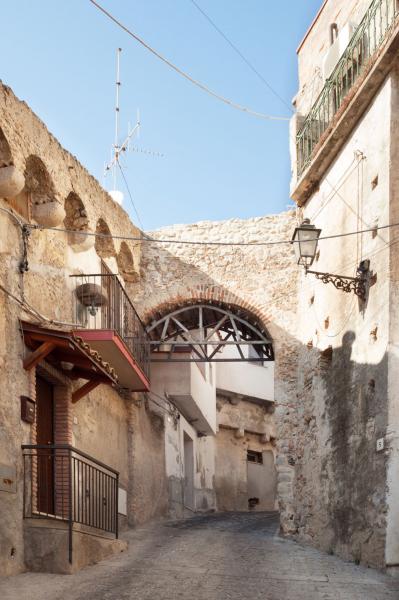 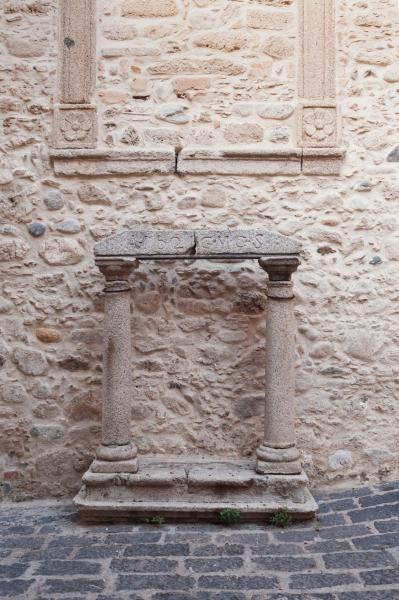 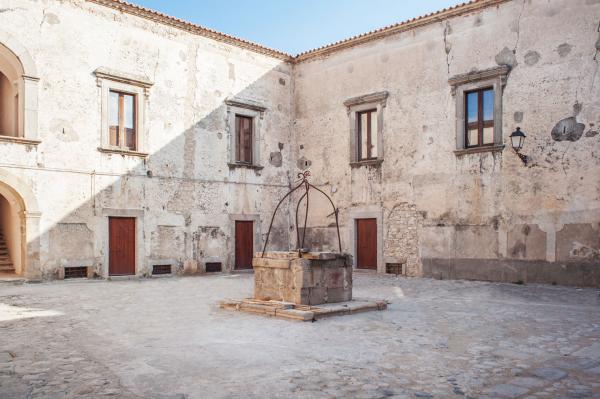 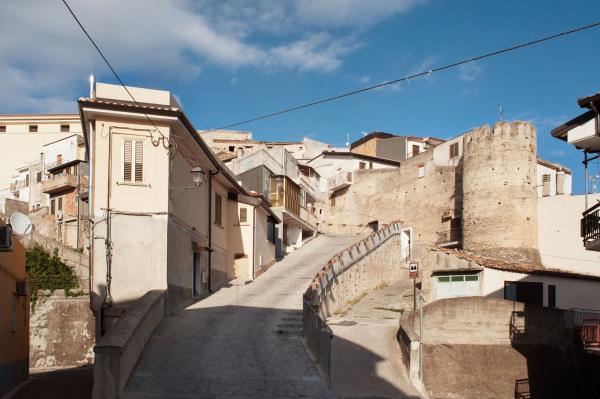 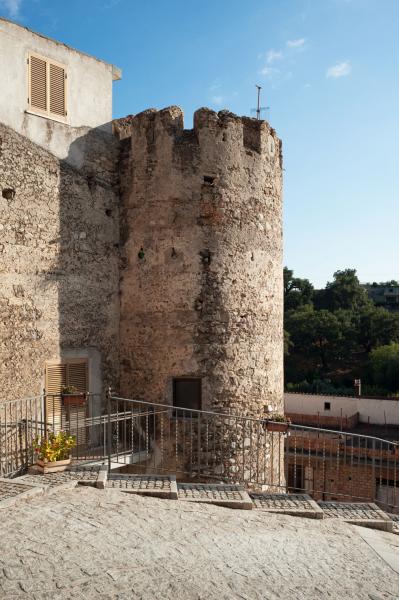 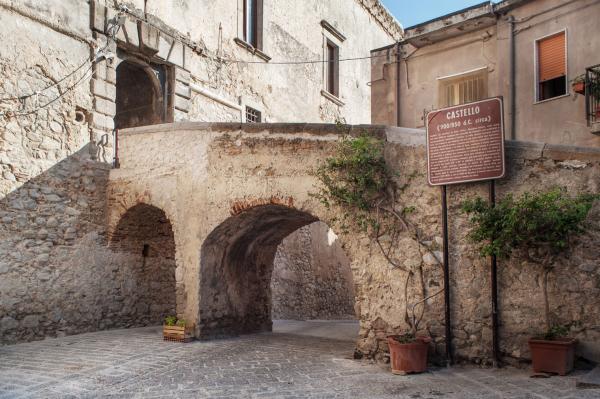 The name Monasterace seems to come from the Greek Μοναστηράκι (Monastiràki, or small monastery). Here once lived the monks, who sent the fruit of their work to the nearby Cattolica di Stilo and to the Abbey of San Giovanni Therestis. Among these lands, the Basilian monks left evident signs of their passage between small churches, monasteries, and hermitages lost in the Mediterranean scrub of the valley and typical terraced land, which allowed the development of otherwise impossible crops on these barren, hilly lands. Once upon a time, the village was also known as Monte Arachi (a town that produced veccie, legumes) precisely because of its intense agricultural production.

Rich in the charm of ancient places and strong in a glorious past that continues to resurface in the sands, Monasterace has opened up to modernity with the recent restoration of the waterfront – equipped to give an answer to the growing seaside tourism – and of the castle long disfigured by a centuries-old tradition of handovers, but keeps its most important folklore traditions alive, such as the procession of S. Andrea d’Avellino, called U territoriu, which takes place every three years. During the procession the varetta (a chariot with statues or painting of saints), with the statue of the saint, is carried in triumph by the faithful throughout the streets of the town. The faithful travel with the saint on their shoulders, on foot and in fixed stages throughout the entire municipal territory, paying little attention to the cultivated fields and ignoring any architectural or natural barriers.

Another important festival is the ‘Easter “cunfrunta” (“confrontation”), during which the faithful relive the Passion of the Christ through the repetition of ancient customs and which sees an exciting procession during which the varetta of Christ (chariot carrying a statue of Christ) and that of the Madonna meet between ancient sounds and folk songs.