Framed by the splendid green valleys of Stilaro and Allaro, Riace, the town of hospitality, rests its houses, in the marine village, on miles of pristine white beaches and, mindful of its roots that are divided between people on the run and industrious natives ready to enlarge the poor settlements of these coasts, it offers, thanks to the policies of ex-mayor Mimmo Lucano, openness and hospitality to anyone who wants to share together with its inhabitants the tastes and beauties of this miraculous land, inhabited since the dawn of time, and yet wild, primitive, and beautiful. The village occasionally bestows wonderful gifts on its inhabitants such as in the 1907s, when two splendid bronze statues, christened the Riace Bronzes, saw the light again, giving new life to Calabrian archaeology.

A walk through Riace

An integral part of the ancient city of Kaulon, whose vestiges are still visible in the surrounding area, Riace can also be considered a small archaeological park shrouded in mystery. Little is known, in fact, of the actual origins of the village, whose first written records date back to 1562. The name derives from the Greek riàki (ρυάκι = river, stream), which indicates a village next to a river and follows the name of a town in Greece. Without a doubt, however, the fine sands and crystalline waters of the Ionian Sea still hide hundreds of treasures that occasionally, according the whim of the elements or, who knows, of some ancient God that does not want to be forgotten, resurface in the light as the famous bronzes today kept at the National Museum of Reggio Calabria, which took on the town’s name of the mosaic dragon always found in this area, in nearby Monasterace.

The historic centre of Riace is located a few kilometres from the beach area, in a more internal position to the Stilaro and Allaro valleys that allowed the inhabitants, in ancient times, to defend themselves from the bloody raids of the Saracen pirates, which were frequent in this area. The village, surrounded by walls and equipped with three imposing gateways that are still standing today, is full of ancient noble houses with impressive stone portal and develops all around Piazza Vittorio Emanuele where the mother church stands, like the medieval architectural tradition. Among its narrow streets and picturesque alleys, it is a triumph of inviting colours and scents, the result of centuries of hospitality and a mixture of Mediterranean cultures that, in moments of difficulty, have been able to make integration their strength. The narrow streets alternate with large paved spaces and slope down to the marine area, from the most modern and welcoming, to the massive mass of tourists that crowd the kilometre-long beach and the splendid equipped promenade.

The reception system that has characterised the village in recent times has given rise to the so-called Riace Model. Taking advantage of European or regional funds, the abandoned houses of the village, left behind by those who emigrated in distant times, have been restructured and used for asylum seekers. The municipality even created a local currency, the euro of Riace, a sort of bonus for spending cuts of 1, 2, 10, 20, 50, and even 100 euro that can also be used by tourists. The model involved 500 migrants hosted in Riace. 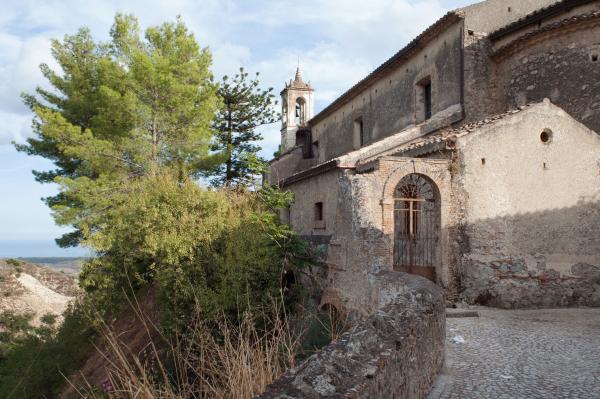 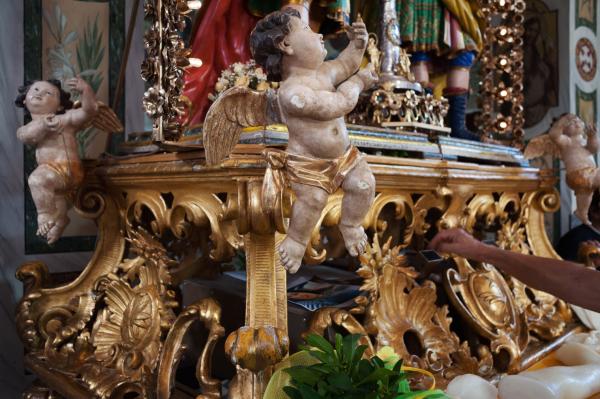 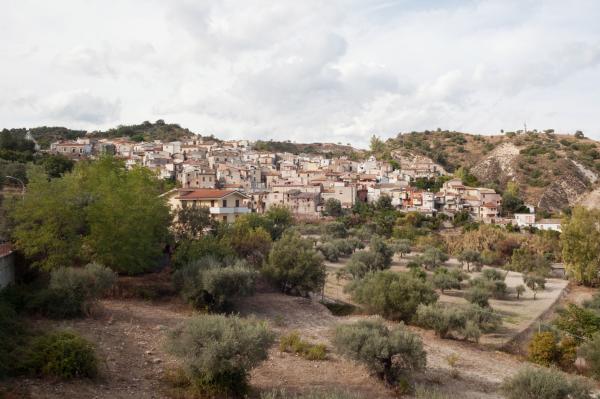 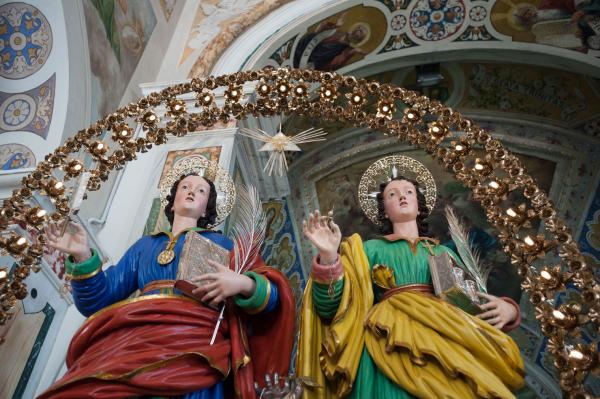 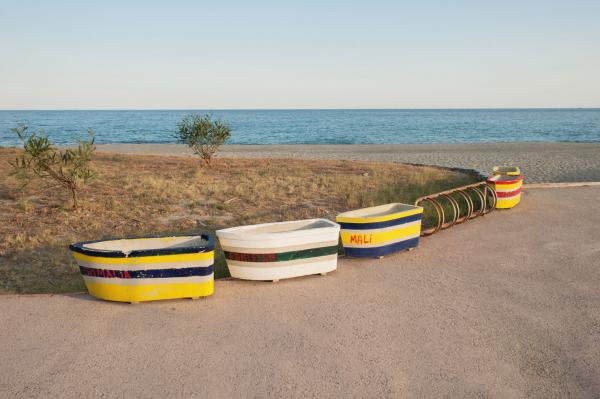 Things to see in Riace

Riace offers tourists visiting in the summer beautiful, spacious beaches; the crystalline waters of the Ionian Sea allow a clear view of the splendid seabed ideal for diving enthusiasts and all types of diving activities. It was here in 1972 that a diver found two famous Riace bronzes, and the idea of other silent treasures hidden behind a few spans of sand from the modern noise, charged every single grain of this clear beach with a unique charm. The surrounding nature, enlivened by the colours and scents of the Mediterranean scrub, is enriched by the two streams that cross the town. Going up from the beach to the ancient village, with a walk that is suitable for trekking lovers, it is possible to pass through the old gate of Riace, once the main entrance to the village.

The churches, all of medieval origin, have undergone considerable renovations, but are nonetheless interesting to visit, specifically the church of S. Nicola, which has parts of the original vestiges, and the sanctuary of Saints Cosma and Damian. Here are the relics of saints Cosmas and Damian, which attract many tourists from all over the region. On the 26th and 27th September, there are celebrations in honour of the saints, featuring folkloristic shows and dances. The faithful followers believe that the relics have medical properties and, to ask for their help, they bring in votive wax statuettes that represent parts of the body that are sick or painful in the hope of a divine healing. There are the theories of Professor Giuseppe Roma, who recently died, which link the figure of Cosma and Damian with those of the Riace bronzes, found just where the boat of the Saints arrives during the procession dedicated to them. He claimed that the time of the iconoclastic fury, the locals buried the two statues where there was, at the time, no sea. With the introduction of Catholic worship in the world, then pagan, Cosma and Damian took their place, but the inhabitants never forgot their heroes.

Closer to the beach are the archaeological areas and the coastal towers of San Fili and Casamona. Finally, the noble complex of Villa Salerno is worth visiting, with its tall palms that stand on noble staircases of ancient taste, and luxurious rooms spread over two levels.