In the heart of Locride, between Roccella and Locri, Siderno is one of the most popular seaside resorts in the Metropolitan Area of Reggio Calabria. However, it is not only a seaside destination; it is also a fascinating medieval village overlooking the sea at 192 metres high. Its centre is characterised by old alleys and dwellings, among which you can admire noble houses dating back to the 17th and 18th centuries, adorned with unique barrel balconies and stone portals that are still intact, rendering Siderno enchanting. Above all, the Parish Church is not to be missed, which houses numerous works by local artists, as well as the natural beauty that surrounds the city.

A village that is the result of great crossroads

Protected by walls dating back to the 16th century of which only traces remain today, the origins of Siderno are uncertain. Some remains testify to the Greek presence between the 8th and 6th centuries BC, while others testify to the Roman presence, but Siderno has certain evidence of its origins dating back only to 1220 and onwards, the date in which it appears for the first time in the Swabian writings. Among the many archaeological and historical artefacts found in the town of Siderno that testify to the presence of many colonizers, there is one that is particularly striking: the upper part of the town has a Byzantine kastron position, a city that was already fortified, therefore, and that functioned as protection from invasions, which followed one another over the centuries, for the inhabitants and the representatives of power. As evidence of this, we know that during the Middle Ages it was also a refuge for refugees who escaped Saracen invasions. It is a village that has made the most of the mixtures and has been able to exploit its geographical and tourist position, also aiming at its division in two parts: Siderno Superiore, the oldest part and the medieval village, and Siderno Marina, an enchanting seaside town that is very coveted.

With two sails, Siderno is among the most beautiful and cleanest coastal towns and beaches in Italy included in the “Blue Guide 2011” issued by the Legambiente and the Italian Touring Club.

A small town with thousands of beautiful features

Many historical and cultural attractions enrich the village of Siderno and make it one of a kind. One of these is without a doubt the Parish Church dedicated to Santa Maria of Portsalvo, located in the centre of Siderno Marina and which houses a beautiful wooden statue dedicated to the Madonna of Portsalvo, as well as painting and decorations created by Guido Faita, a famous liturgical painter. There are also the churches of Santa Maria dell’Arco and San Nicola di Bari, both in Siderno Superiore. The first is a church that dates back to the 1500s and which was first dedicated to Santa Caterina, which takes its name from the district of the village where the building is located. It is a very simple church in its style, but it is of great importance to the town; in fact, it was rebuilt several times due to the various earthquakes that followed in the region. Inside, we can admire the statue, carved from a single wooden trunk, of the Madonna della Pace by Correale. The second dates back to the 11th century, from the Norman and Byzantine periods, but was completely rebuilt in Renaissance style in the 17th century, losing much of its history. Other reconstructions in various styles were then carreid out also after the earthquakes of 1783 and 1908. Inside, the wooden statue of San Nicola di Bari is preserved, to which the church is dedicated, and its very important treasure composed of gold and silver.

Among the various non-religious architectures, the ancient Palazzo De Mojà stands out, a Spanish residence with characteristic stone balconies. Recently restored, it is home to numerous city events. In addition, there are numerous palaces that were the homes of ancient noble families: Palazzo Falletti of the 17th century, Palazzo Calautti of the 17th century, and Palazzo Correale-Santacroce, with its unique sculpture of the three human faces. 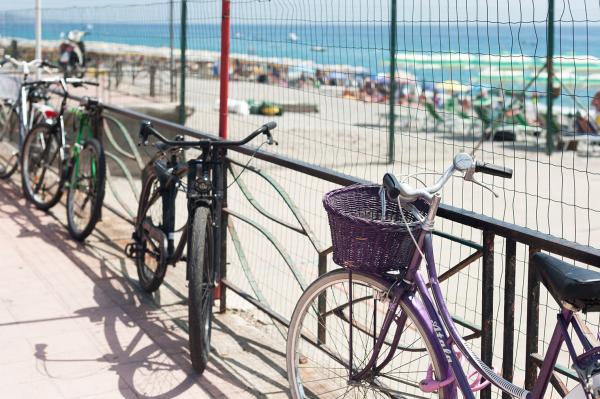 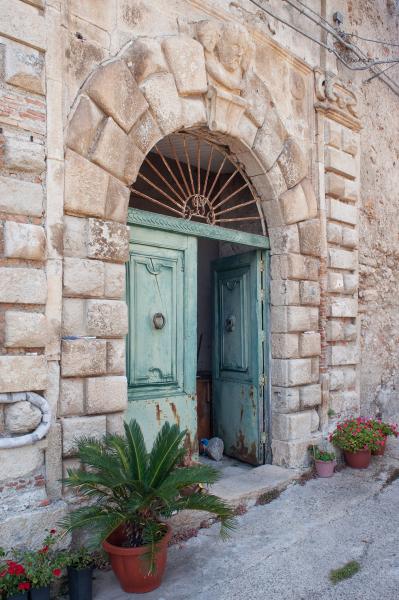 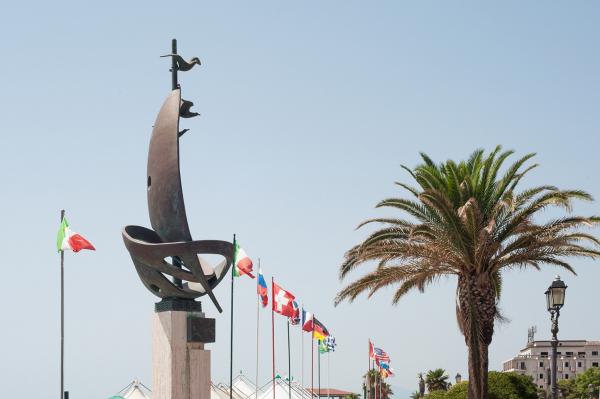 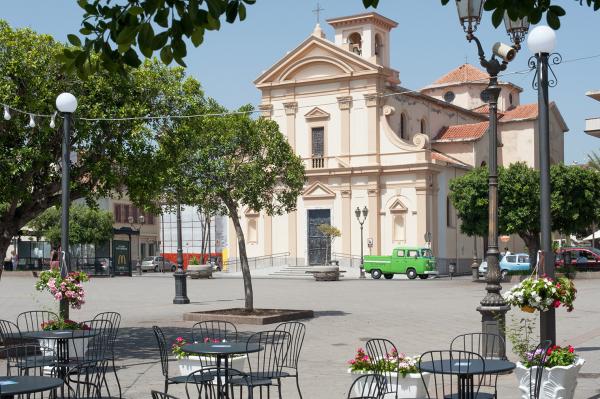 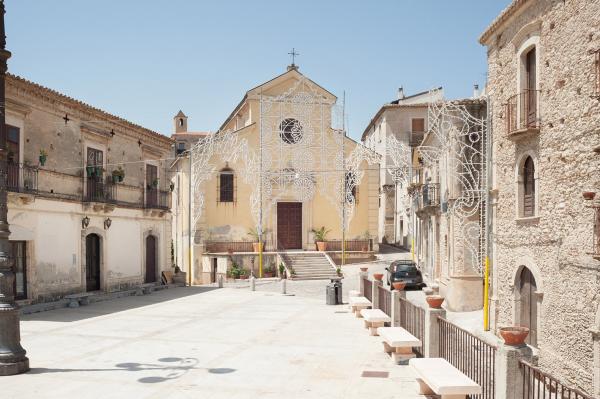 The Portosalvo festival as the symbol of the city

Among the traditions carried out over the centuries by the inhabitants of Siderno, there are the celebrations carried out in honour of the Madonna of Portosalvo. From the procession to the sea through the streets of the town, the secular and sacred celebrations will allow you to experience a vortex of emotions that brings you back to ancient times.

The Monument to the Sailors is of recent construction but represent the culture of the village as its symbol. The sailor stands on the marine storm, with the moon over the sail and three seagulls as travelling companions. It is a work of art that pays homage to the figure of the sailor, valiant and strong in the face of adversity.