The town of Gerace, the Orange Flag of the Italian Touring Club and one of the most beautiful villages in Italy, is a place where you can breathe in medieval air. Noteworthy are the remains from the period, in addition to the Cathedral and the Church of San Francesco, with the entire village preserving ancient buildings and alleys. The strong flavours belonging to the delicious Gerace cuisine are linked to the Aspromonte traditions.

Gerace, from the Greek Γεράκι (Falco, the place where the hawks nest), was founded in the 10th century by the survivors of ancient Locri Epizefiri, who fled because of Saracen raids. Considered by a Byzantine bulwark of the metropolitan area of Reggio Calabria, Gerace has almost preserved its medieval structure entirely. In the historic centre, in fact, you can still admire the remains of the fortress with which it was protected from external invasions and which could be accessed through city gates and a drawbridge, which has now collapsed. Even the internal roads, particular and unique in their paved stone with a “cozzo”—vertically – had been designed to curb the impetuous motion of rainwater, thanks to an angle that allowed draining, but at the same time was traversable by the hooves or horses. The views and scenary that can be admired from Gerace make it a popular destination for both tourists and people from neighbouring towns. Porta del Sole, one of the ancient city gates of the town, is the most popular, with a unique view of the alley below and the Ionian Sea.

It is said that 128 churches were built in Greece. By the end of the 18th century, there were about 43, but the devastating earthquake of 1783 drastically reduced the number to 17. Today many of these have been completely abandoned.

In addition to the remains of an ancient civilization rich in various mixtures, there are certainly more recent and unique constructions among the beauties to discover and admire in the city of Gerace. The many noble residences that overlook the squares and the main streets of the village are characterised by majestic portals that have engraved the coat of arms of the families to whom they belonged to and by enlarging the balconies to make them look even more elegant. Inside, there are large open spaces such as courtyards or gardens, which anticipate the wonders of the room. Together with many other buildings belonging to the middle class, these embellish the neighbourhoods of Gerace and constitute an interesting detail in the urban development of the city itself. The main squares of the village, built in a workmanlike manner and each of them with a peculiar function, are: Piazza del Tocco which represents the Curia Civilis, or the ancient seat of the local Parliament that included nobles, bourgeois and masters; Piazza Tribuna, which anticipates the entrance to Curia Episcopalis, the seat of the bishop and of the Mother of all the Churches of the Dioceses. In Gerace, you can visit the Civic Museum, which preserves the millenary history of this village from the Middle Ages.

There are numerous monumental churches in the village, but one of the most representative is certainly the Cathedral, dedicated to the Assumption. Considered the most representative monument of Byzantine-Norman-Architecture, it dates back to the 8th century. In addition to the majestic Cathedral, the Church of San Francesco, built in the mid-1200s by King Charles II, must be noted for its gothic style. It is considered an architectural asset of national interest. The Church of Sacred Heart of Jesus, rebuilt after the earthquake of 1783 by the Brotherhood of the Sacred Heart, is still in operation. Then, the Church of Saint Catherine, from the Normal era, and the Church of San Giorgio Martire, which houses an oil canvas from the 18th century made by Francesco Saverio Mergolo, depicting St. Joseph with the Child and the Madonna in Glory among the angels, which appears in San Biagio. 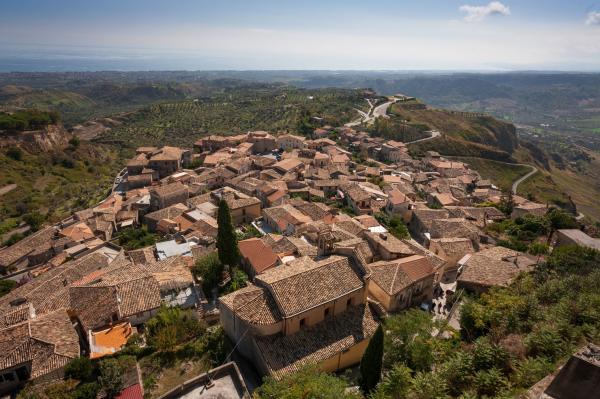 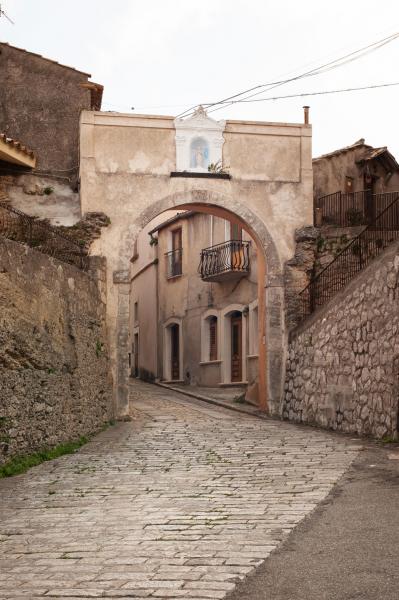 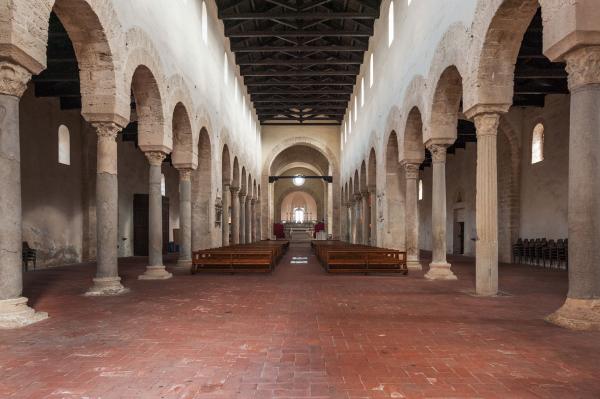 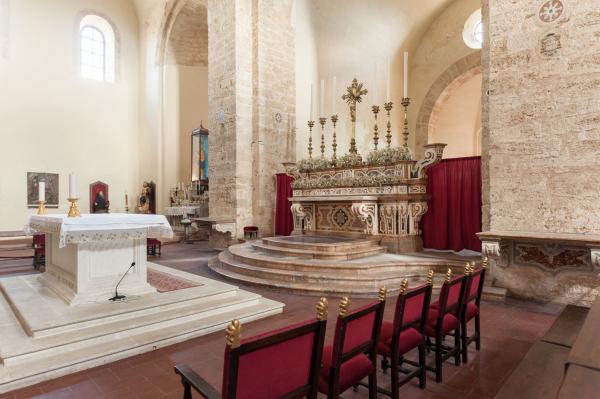 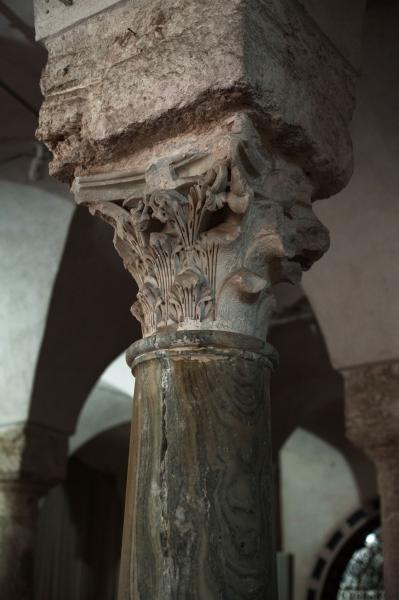 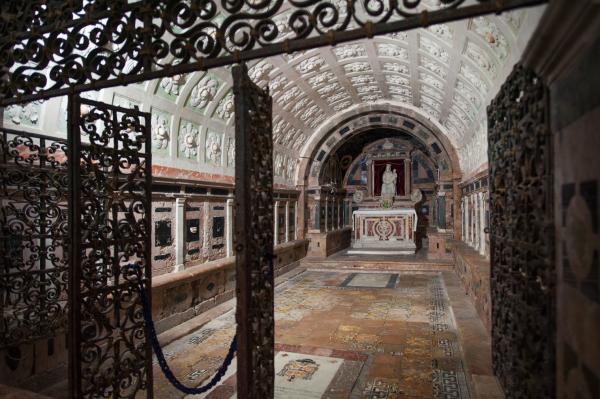 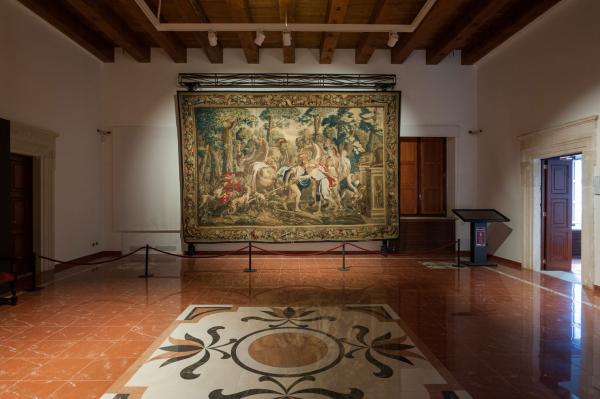 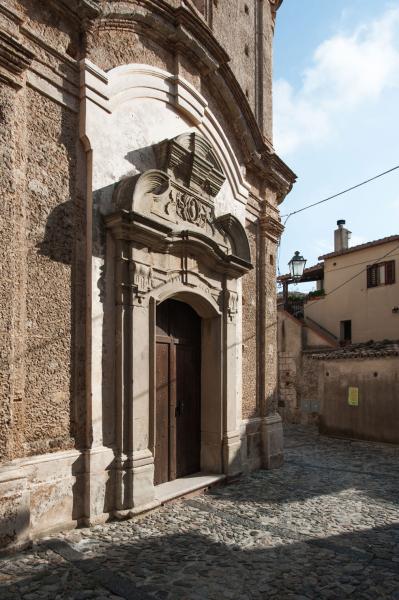 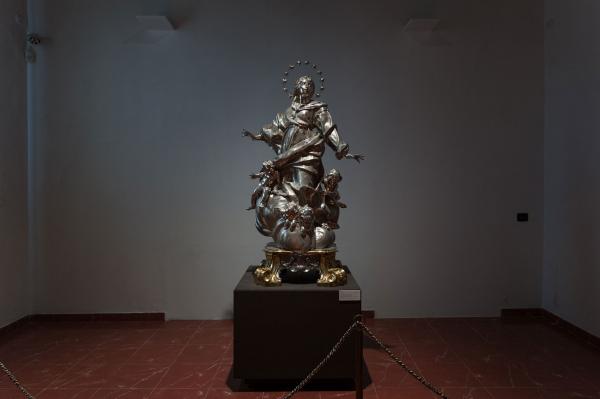 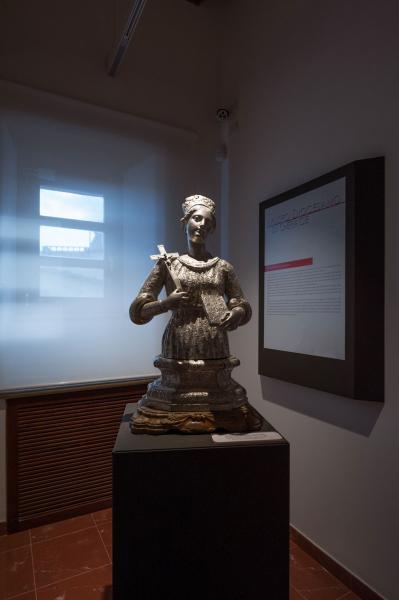 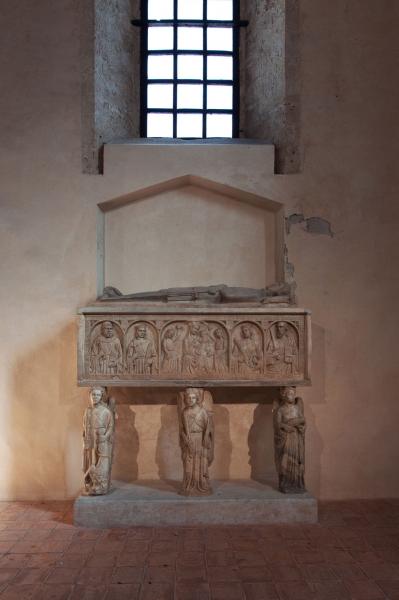 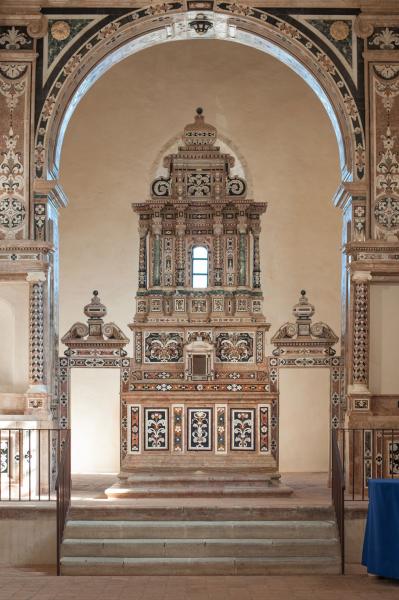 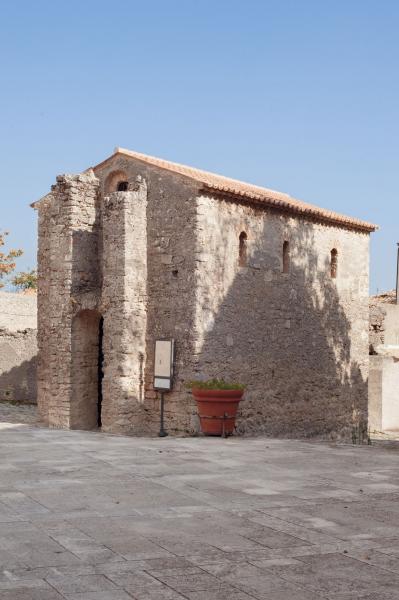 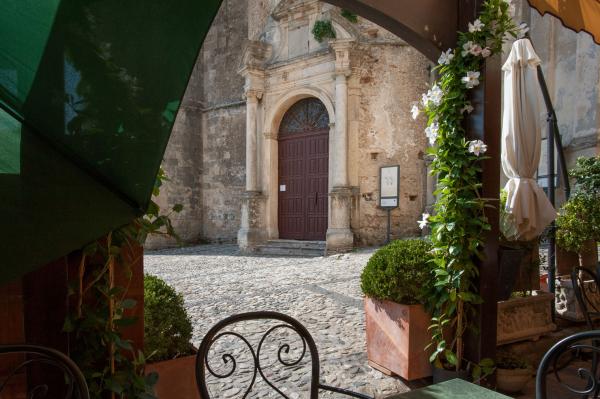 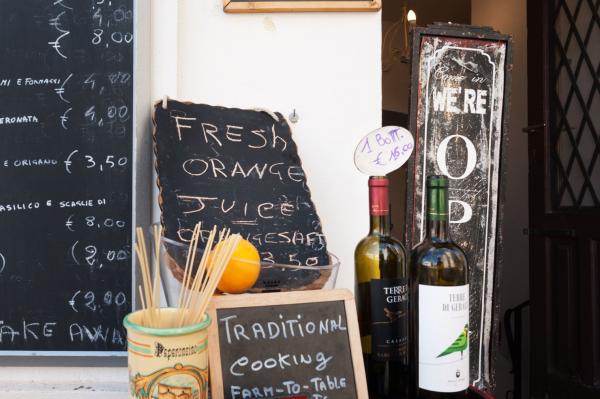 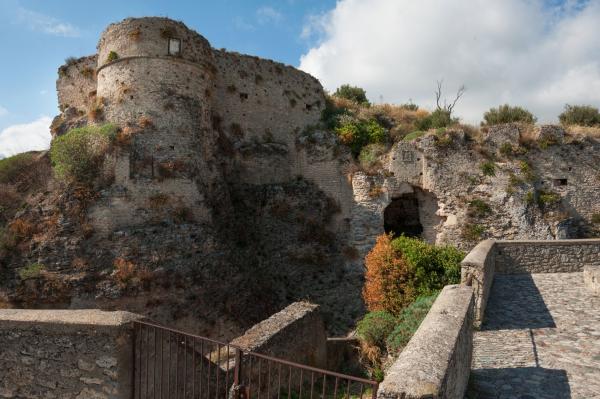 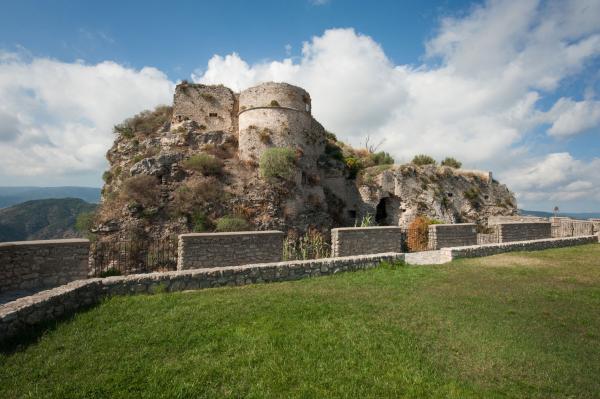 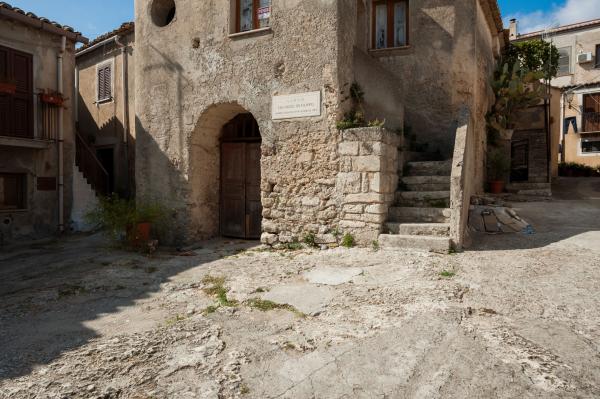 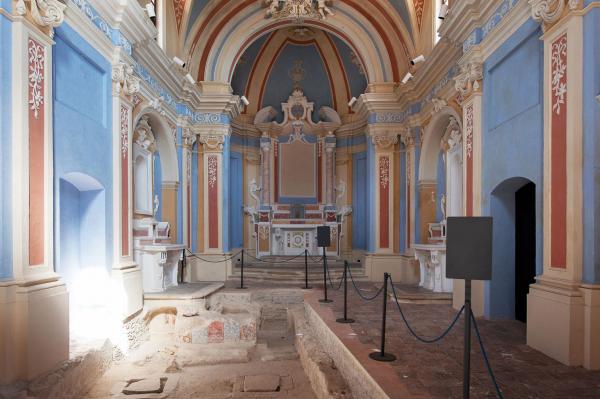 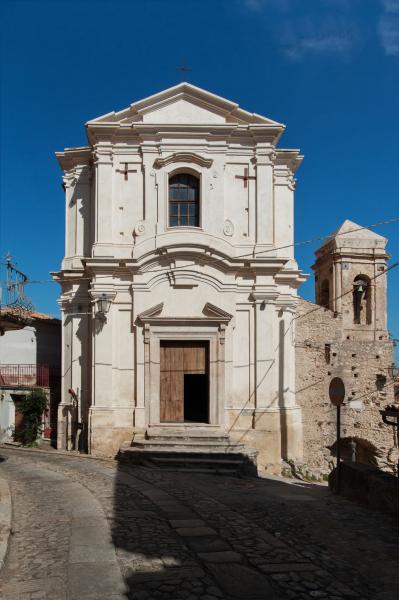 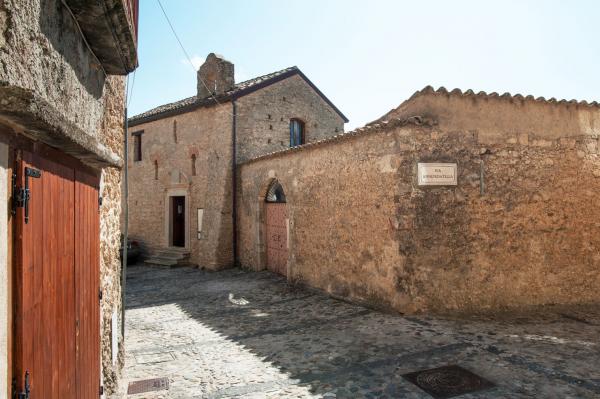 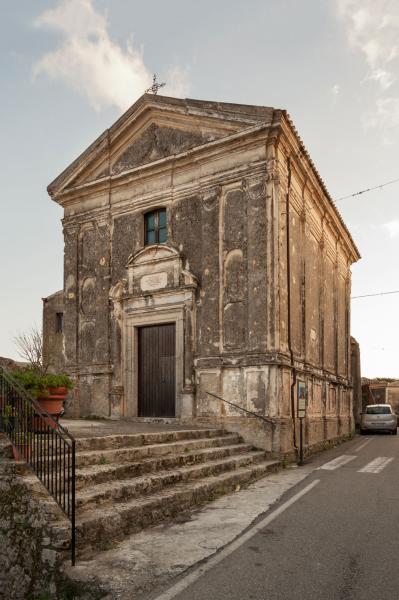 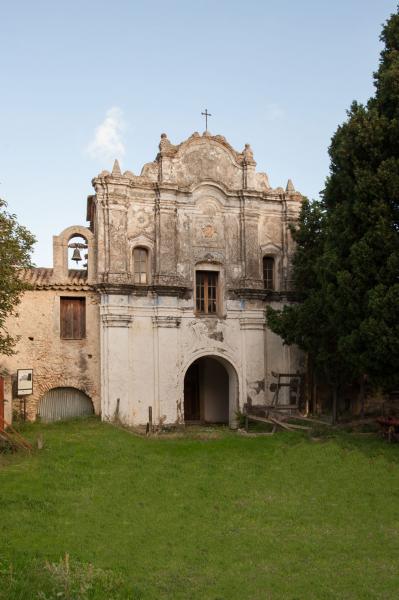 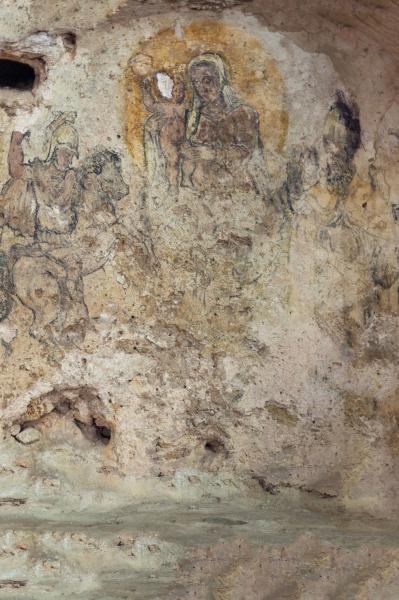 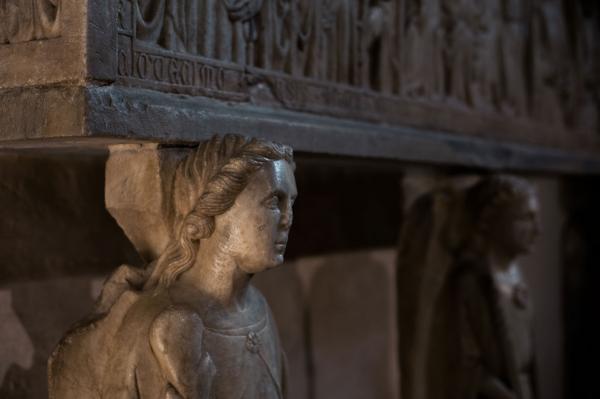 A village full of events and delights

The village is full of activities, restaurants, and craft shops, as well as institutions for the promotional of territorial tourism and town events. Gerace, in fact, is one of the most active Calabrian villages from the point of view of entertainment. Many events and festivals take place here throughout the year. One of the most important events is “the enchanted village”, the first exhibition in Calabria to celebrate street art. Running since 1999 with great success during the summer, the streets are invaded by musicians, itinerant bands, jugglers, tightrope walkers, stilt walkers, fire eaters, mimes, clowns, magicians, and conjurers from all over the world. Not only is the festival fun, it is also a great way to discover and rediscover the medieval city and its flavours, thanks to numerous tastings. A guided tour takes visitors along the alleys of the ancient village, to discover churches, palaces, and squares, the place where events take place: the squares of Tocco, Tre Chiese, and the Cathedral. During the Christmas period, the entire village can be visited as a nativity scene, the “Presepe Vivente” (“Live Nativity”), an opportunity in which the typical delicious products are found in a unique atmosphere. When it comes to typical products, one cannot fail to mention the village’s famous dish, marvellous in its simplicity, which is fresh pasta with goat meat sauce, which is to be enjoyed with an excellent glass of Gerace wine.