Among the coolness of the Valle dello Stilaro and Allaro and the splendid Calabrian Ionian coasts, Caulonia, formerly called Castelvetere, gets its name from the ancient and important city of Kaulon, whose ruins continue to surface in the surround area. It seems that the village was founded by the survivors of the bloody destruction of the Greek city by Dionysius of Syracuse. The birthplace of the Calabrian tarantella, which shakes the entire region with the Kaulonia tarantella festival and tarantella power laboratories each year in the summer, Caulonia is a splendid town that combines the charm of the ancient mountain village, with its centuries-old folk traditions, to relaxation on golden beaches and crystal clear waters, mixing them together in an explosive event that is now famous throughout the peninsula.

A walk through Caulonia

The town Caulonia stretches from the sea to the Calabrian greenhouses of Aspromonte, 300 metres high. As the municipality of the Aspromonte National Park, Caulonia Superiore can count on a splendid medieval historic centre with romantic lanes, welcoming squares and noble palaces of great architectural value, among which stands the Asciutti-Hyeraci palace, known as the palace of the devils for its beautifully decorated façade in high relief with monstrous figures, moulded in ancient times. Caulonia Superiore has incorporated, over the centuries, the ancient medieval village whose borders are still clearly visible where the gates of Salvatore, Pusterla, Amusa and Allaro stand, which faces the four cardinal points. The village winds through a maze of characteristic alleys, called vinedi, which are part of the Piazza del Mese, Piazza del Seme and Piazza del Baglio, hearts of the political, economic, and religious activity of ancient Castelvetere as far back as memory goes, as evidenced by a document from the year 1087.

The main street of Caulonia was named after Vincenzo Niutta, a renowned magistrate, minister without a portfolio in the Cavour cabinet (1860) and senator of the Kingdom of Italy (1861), born in the Castelvetere in 1802 and died 65 years later to have given lustre, honour, and pride to all his fellow citizens. On all sides, we see Byzantine buildings and industrious hands, which, over time, has left us with important evidence such as the Byzantine fresco of Piazzetta S. Zaccaria, the spectacular trullo domes of the Mother Church with its 16th century mausoleum and the ruins of the Carafa Castle, to which the ancient name of the village is derived from. The religious architecture of Caulonia is very interesting and waiting to be discovered, with the magnificence of the Church of the Holy Rosary and the Mother Church, the Church of Carmine, which preserves the monument of national interest, “Christ at the Column” obtained from a single block of a wild olive tree, and the splendid Byzantine church.

Here, the tradition of the caracle is still very much felt, a very long procession that takes place on Holy Saturday. The procession takes its name from the Arabic kharara, to turn, and takes place according to a ritual that the two archconfraternities that are its protagonists have kept unchanged over the centuries. The archconfraternity of the Immaculate and the Rosary parade through town, meeting a point they call buveri and from there they make their way together towards Piazza del Mese and the Mother Church. The procession is very slow and moves forward following a pace that may seem random, but is the result of centuries-old steps, studied and preserved over hundreds of years to make this exciting procession a moment suspended in time, identical to what it was like at the moment of its birth. Moving towards the shoreline, the stronghold structure of the old city - that crowns a hill surrounded by rugged cliffs - jumps out at the eye like an illustration in a storybook. Caulonia Marina is more populous than the ancient village and here archaic elements such as the Camillari Tower, one of the 72 towers built by Fabrizio Pignatelli along the Calabrian coast to cope with the continuous raise, and the hermitage of sant’Ilarione mixed with the modern system of the town, equipped to accommodate summer tourism that crowds the splendid beaches bathed by the fresh waters of the Ionian Sea, ideal for diving and immersion lovers due to the extreme visibility of the seabed, rich in mysterious archaeological treasures waiting to be discovered.

In addition to natural disasters, this territory has long been battered by the invasions of the Saracen pirates who plundered the countries, enslaved the population, and razed everything they encountered. Dozens of cities on the Calabrian coast were rebuilt in an inland position to try to cope with this scourge. In the 1500s the marquis Fabrizio Pignatelli had 72 watch towers built along the entire coast. The surveillance and sighting service had to be provided by all citizens aged 15 to 60, divided by districts. In the event of a sudden landing by the Saracens, the citizens who were on guard at that time had to carry out signals previously agreed on.

From 1999, the splendid ancient village of Caulonia has warmed up to the frenetic pace of the tarantella, the traditional dance common throughout Southern Italy during the month of August, which constitutes an invaluable cultural heritage, always lively buzzing with excitement. The festival, which with its shows brings more than 35 thousand people to the streets each year, is now a leading Italian event dedicated to the tarantella and prestigious guests such as Eugenio Bennato and artists such as Mimmo Cavallaro have performed on its stage, who in this context found their fortune and renewed their artistic direction with taste, quality, and attention. The festival includes Tarantella Power laboratories, during which professionals from the sector teach those who are interested how to dance the tarantella, singing in time and playing traditional instruments such as the Calabrian lira. All the workshops are free and offer a unique experience to help understand the rhythm of these lands and transform into frenzied, wild, and timeless dances. 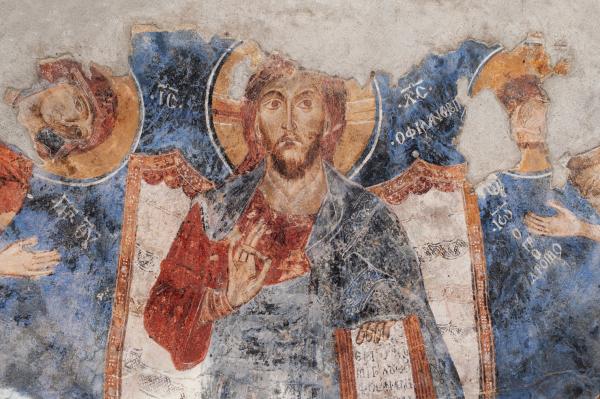 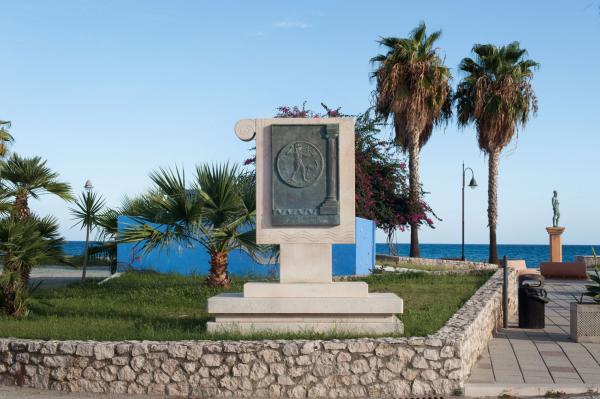 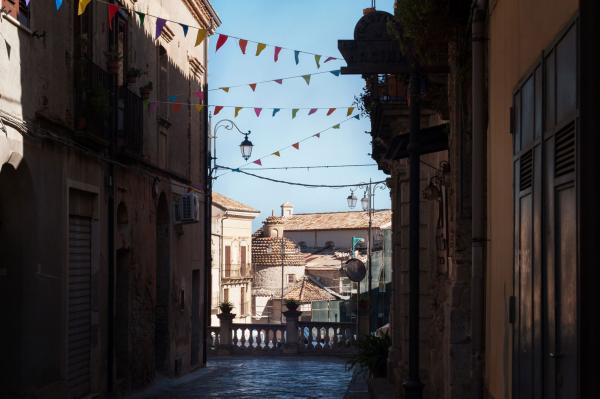 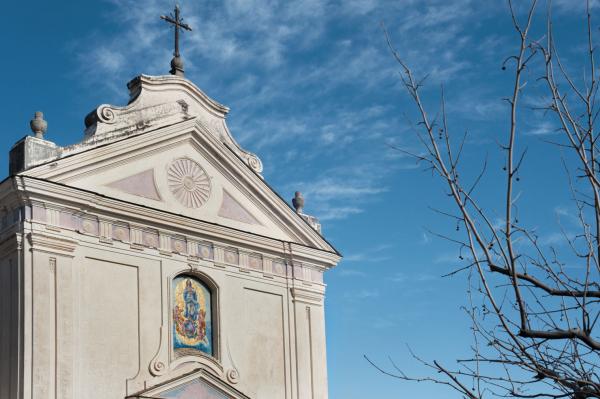 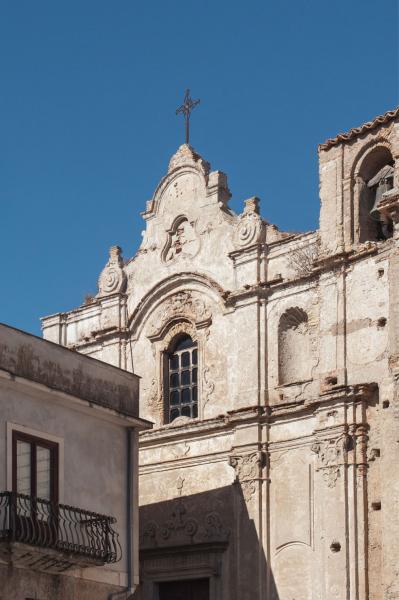 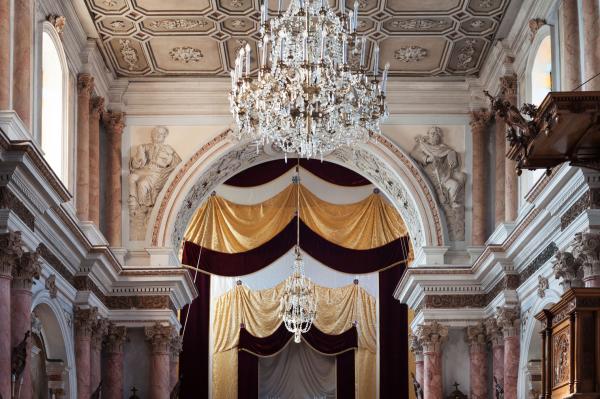 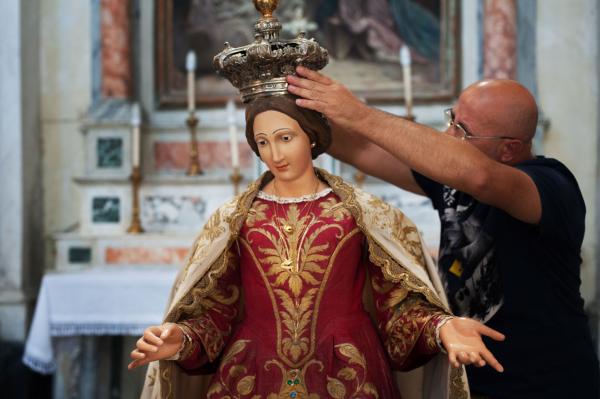 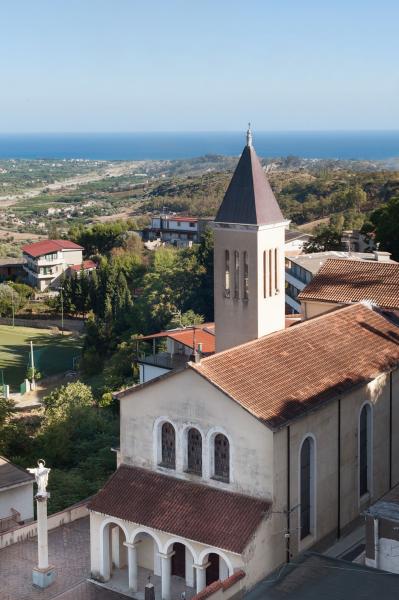 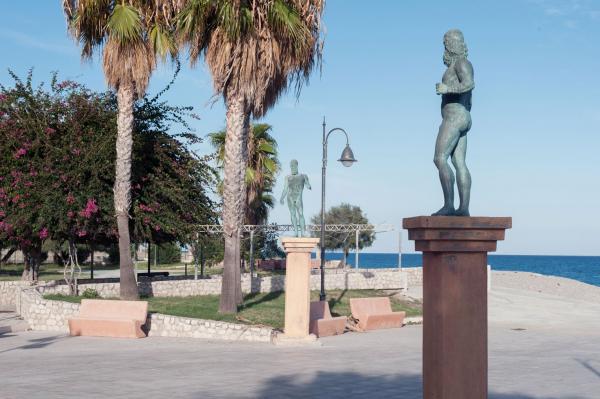 In 1945, under the guidance of the mayor Pasquale Cavallaro, the Red Republic of Caulonia was born. The peasants, still subject to the too powerful landowners, had been on strike for months because of their poor conditions, thus generating riots and violence that resulted in an explosive revolt whose spark resulted in the arrest of Hercules, son of the mayor Cavallaro, accused of theft by one of the nobles. The revolt lasted just four days (from March 6th to 9th) but immediately spread to some neighbouring municipalities and saw the timely organisation of a popular army and a people’s court. Initially supported by the local PCI, the rioters were isolated and disarmed following the murder of the parish priest and a labourer. The Court of Locri tried all the hundreds of people who participated in the riots, eighty of them suffered violence and torture and two died. The Mayor Pasquale Cavallaro resigned on April 15, 1945.