Overlooking the ancient Ionian Sea routes, in the eastern part of the metropolitan city, Gioiosa Jonica is one of the most memorable centres of Magna Grecia. It is a lively and heartfelt memory thanks to the coexistence of millenary traditions with a contemporary world made of fun, culture, and hospitality. The beauty of a pristine sea leaves room for the green hills located between citrus and olive groves. Food and wine, featuring typical products from the region, satisfy the palates of gourmets and modern commercial centres satisfy those who wish to shop.

Located in a strategic position in the centre of Locride, the city, once fortified, served as a lookout point over the Torbido valley halfway between Reggio Calabria and Catanzaro. Historically linked to the nearby Marina di Gioiosa Jonica with which it shares its Magna Graecia roots, Gioiosa Jonica is a city that displays infinite beauties. Most importantly, there is the Pellican Castle, which oversees the city from the height of the rocky promontory that overlooks the Gallizzi stream. With a trapezoidal layout that features two towers, one in the east and one in the west, and two large defensive walls, the castle has an entrance on the old moat, which can be crossed thanks to a masonry bridge. Inside, we find mostly the ruins of the ancient residential rooms, beautiful staircases, and underground that has not yet been explored. Dating from the 12th century and about 5 kilometres from the coast, the castle was the noble home of the Caracciolo and Carafa families.

The most probable etymology of the word Gioiosa, still at centre of controversy, seems to t be that which derives from the Greek Ghe ("earth") and Eliose ("sunny"). Therefore, "Geliosa" (or "Geoliosa") means “sunny earth”, and more specifically, “city of the sun.”

The festival of San Rocco, an opportunity to immerse yourself in tradition

The religious architecture of Gioiosa Jonica dates back to the early 19th century, largely rebuilt or restored. Only the Church of the Annunciation dates back to the early 16th century. The town’s patron saint is San Rocco, to which the sanctuary of the same name is dedicated. Before and during the procession that takes place during the patronal feast, the typical San Rocco dance takes place: a collective dance that is accompanied by drums, tambourines, and accordions, which involves anyone close to them. There are three events devoted to the San Rocco festival during the year: January 27th, which commemorates the miracle of San Rocco, August 16th without a procession, and on the last Sunday of August, in which you can participate in the exciting dance of San Rocco. These are opportunities not to be missed both for citizens and for tourists who love to immerse themselves in folklore.

Artistic and culture sites of beauty

One of the most important buildings in the city is certainly the Palazzo Amaduri, home to the Historical Archive, the Locride European Office, the town library (which has approximately 6500 volumnes), and the Amaduri Art Gallery. The latter is housed in the northern wing of the ancient palace in the centre of Gioiosa and hosts, in addition to many paintings dating back to the 17th-19th centuries, a canvas by the artist Mattia Preti entitled, “La Regina Tomiri e la testa di Ciro il Grande” (“The Queen Tomiri and the head of Cyrus the Great”). At the gates of the city, the Naniglio Archaeological Park can also be admired, a very important site whose main attraction is an underground Roman building dated between the 2nd and 3rd centuries AD, which has also been identified as one of the Places of the Heart by FAI. 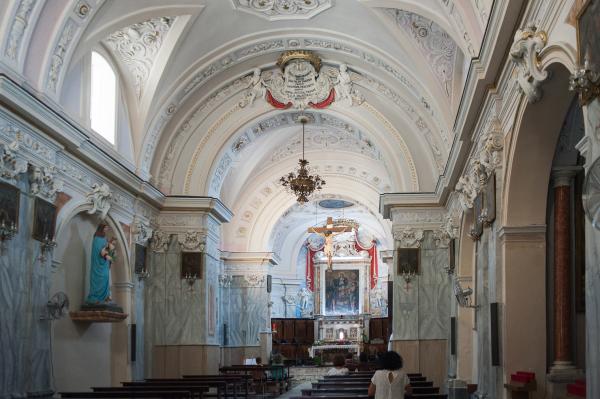 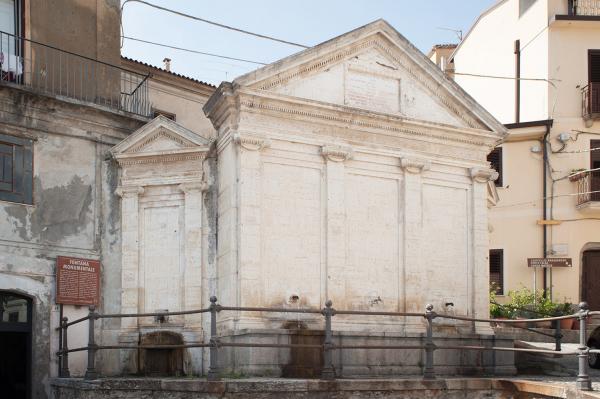 A city in celebration

In addition to the traditional feast of San Rocco, Gioiosa Jonica is animated on other days that unfold in the summer and autumn. Here are some:

“Gustando il Borgo”, International Festival of Street Artists, an event dedicated to the tasting of artisan and traditional products, accompanied by the amazing performances of some street artists. It takes place on Mondays and Tuesdays before the last Sunday of August.

Festival of the “pezzo duro” (“hard piece”), dedicated entirely to typical ice cream from Gioiosa, also called tile or board. It takes place in August.

The chestnut and wine festival, during which you can taste local chestnuts and wine, held in November.