The toponym linked to the cult of the saint can be traced back to Greek documents from the 10th century onwards, “Αγία Κρίστίνα”, which was the latinised in “Clerici S.Christine”. According to other scholars, the name may derive from the ancient castle, mentioned in the lift of S. Elia il Giovane (“Saint Elia the Young”) and therefore prior to the 9th century. The castle was a refuge for many populations of the Gioia Tauro plains from Muslim raids throughout the early Middle Ages.

It is certain that, as reported by Girolamo Marafioti, in his book written in the 19600s Chronicles and Antiquities of Calabria, “Further on towards the mountains, a castle called Saint Christina is needed, placed between two rivers, in suitably arranged air (…) Its farmhouses are Scido, Pedavoli, Yeorghia, Cocipodoni, Lobriche, and Sitizano, and most of them speak Greek.”

The manor was conquered during the struggles between the people of Aragon and Angevins, and, when the Spaniards later prevailed, its strategic position began to lose importance. In 1783, the earthquake that devastated most of the province of Reggio Calabria, and that in Santa Cristina saw eight hundred victims, caused the collapse of much of the town (including the castle), forcing the survivors to build the new village higher up in the town of S. Lorenzo della Scoffetta or della Sconfitta, according to archived documents. From that moment on, the old site has stood out, called Santa Cristina Diruta and Santa Cristina Nuova. On May 4th, 1811, Pedavoli and Paracorio, broke away from the old farmhouses, leaving only the village of Lubrichi as linked to Santa Cristina; the village finally obtained its current name, “d’Aspromonte,” with an official act in June 1864.

The matrix church of the village, built in 1790, houses statues from the 18th and 19th centuries. The numerous exhibits, such as the holy water fountains, the marble columns, and the other featured columns, come from the other churches of the ancient site of Saint Cristina destroyed by the earthquake of 1783. More recently, from 1951 on, the frescoes belonging to the Pizzo Calabro artist, Domenico Grillo, deserve mention: the painting of the Virgin Mary defeating the devil, placed in the central nave, and the painting depicting Saint Peter giving his keys of the church to Pius XII under the gaze of Christ before the triumphal arch. In the central nave there is a polygonal wooden pulpit with the carved figures of the four evangelists. On the 6th of December, the church becomes the main background for which the entire body of celebrations related to the patron saint comes to life.

The Church of the Assumption

The church is an ancient oratory built in 1864. It has a facade that features an upper tympanum and a massive bell tower on the left. The single-nave interior, with stucco ceiling and apse, houses a statue of the Madonna dell’Assunta dated 1836 from an unknown artist. It has a triumphal arch dedicated to Saint Anthony.

The Church of San Fantino

Built in the village of Lubrichi after the earthquake of 1783, inside there is a baptismal fountain constructed out of marble that is of considerable value that dates back to 1735. For some art historians, there is the work of the Taverna painter Mattia Preti, featuring the splendid picture of Madonna of the Rosary in which the Virgin Mary, dressed in a white dress and blue cape, holds the infant baby Jesus in her arms and Saints Dominic and Catherine are at her feet. 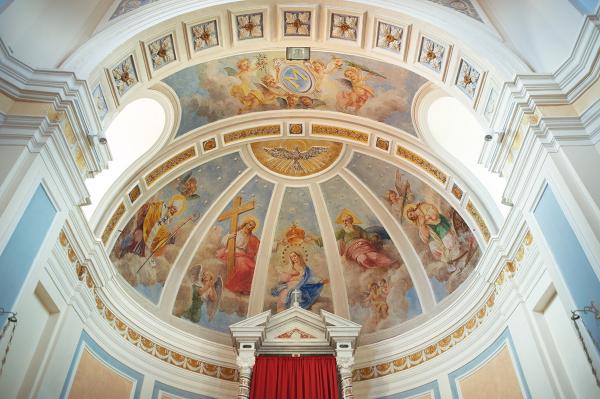 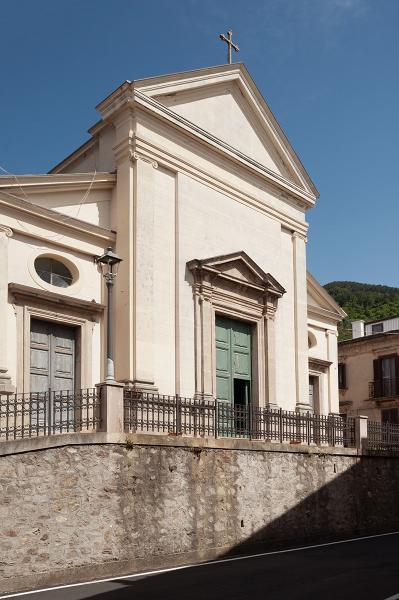 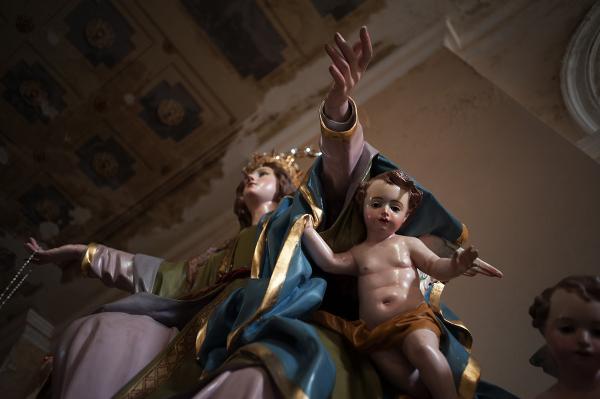 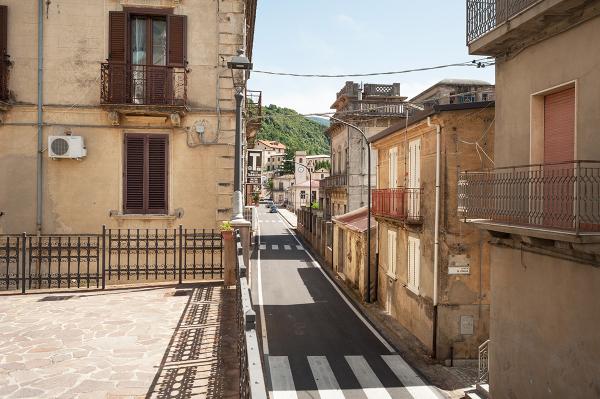 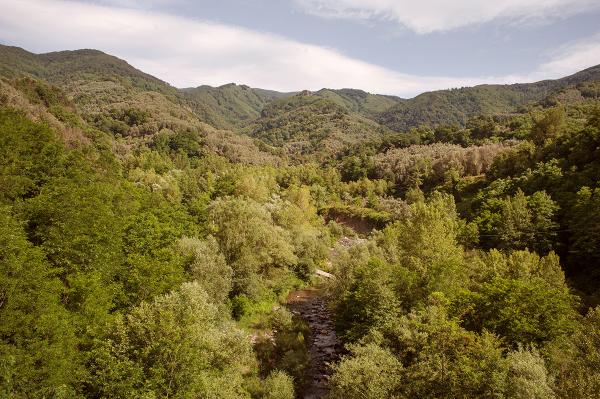 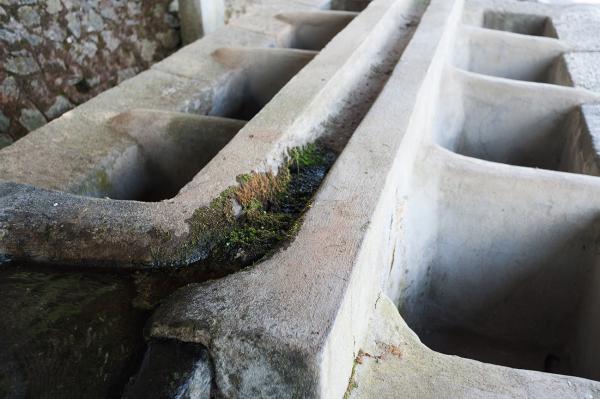 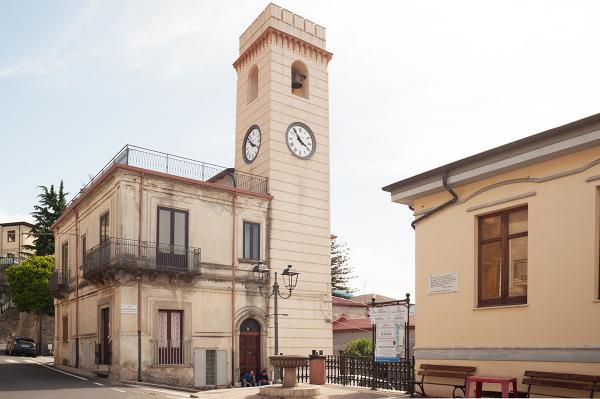 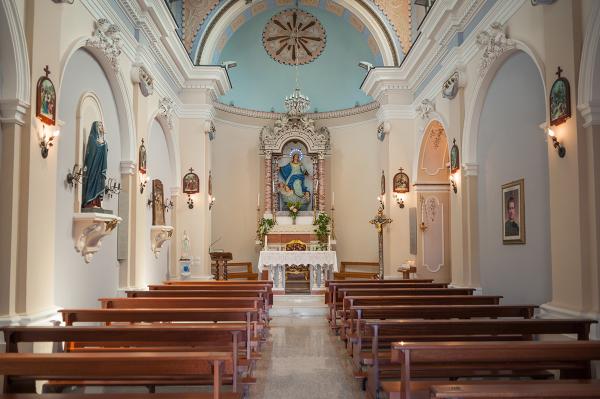 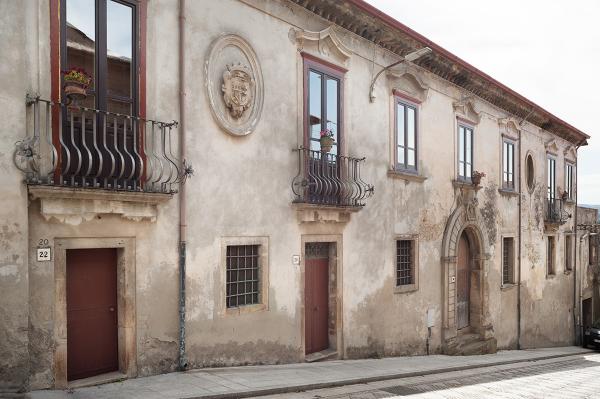 One of the most elegant buildings in the village, it was built in the early 19th century. It preserves a square stone portal with a round arch that is decorated with keystone. It has two entrances, one of which leads to The Church of the Assumption. In the past, this wing was used to accommodate children in difficulty, hence the name “oratorio” (“oratory”). On the main façade, in oval stone, the coat of arms belonging to the Mazzapica family can be observed. It was the first building in Santa Cristina built after the 1783 earthquake.

Immersed in the heart of Aspromonte, the territory of Santa Cristina offers the opportunity for excursions to places of unique and unspoiled beauty. Among these is the Sentiero Italia – Calabria, which leads visitors through a path that crosses the Calivi Torrent, on whose plains of the same name there are the remains of numerous dry-stone walls, typical of ancient cultivation techniques in these places. The scenario is completed with two waterfalls, the “Teresa waterfall”, and the “Paola waterfall”, two steps of over fifteen metres surrounded by holm oak woods that flow into pools of crystal-clear water. A few kilometres away, however, it is possible to climb the Cocuzzolo dei diavoli, a promontory that can be reached in a walk that is within everyone’s reach. Once on site, you can enjoy an enchanting panorama. It is also possible to admire the ruins of ancient Santa Cristina, which are also nearby.

A people, a “lineage of the strong”