Founded in the second half of the 15th century (in 1475 according to the most authoritative sources), Ferruzzano probably owes its name to the combination of two words in the local dialect: "ferru" (iron) and "nzanu" (healthy, strong), testifying to an origin associated with the need for protection against attacks from the outside and, in particular, from the continuous raids carried out by the Saracens along the entire coastline of Reggio. Over the centuries, Ferruzzano was a farmstead of nearby Bruzzano under the influence of noble families – Marullo counts of Condojanni, Canotto, Staiti and Carafa – who ruled over the town until 1806, i.e., until the abolition of the feudal system.

Three different districts make up the municipality of Ferruzzano: Marina, Saccuti and Ferruzzano Superiore. Needless to, Marina is the most recent and the most densely inhabited area, a favourite destination in the summer with lovers of the sea, who, in this segment of Reggio’s coastline, find crystal clear water and a wide white beach under a blazing sun. An atmosphere suspended in time characterises the deserted village of Ferruzzano Vecchio, overlooking the Costa dei Gelsomini, a small but significant testimony to a past that seems to keep on living along the narrow alleys, in the ancient dwellings and the many, enchanted vistas the landscape can still offer. Like many other towns in the region, Ferruzzano experienced the devastation caused by major seismic events. Particularly violent earthquakes impacted the fate of the town in 1783 and 1907. It is no chance that, between the ancient town and the Marina district, rises the fascinating area of Saccuti, the place where part of the population found refuge in 1907 as they fled from the old town severely damaged by the earthquake. In the summer, Saccuti, now deserted like the ancient borgo, becomes a meeting point for many emigrants who return to their land of origin. Spectacular is the landscape and unspoilt nature of the "Capo Bruzzano" promontory, with its luxuriant pine forest offering a fascinating lookout over the entire coastline and the rocky bay that was a landing point for the Greek colonists who gave life to the community of Potamia, i.e., today’s Bruzzano. 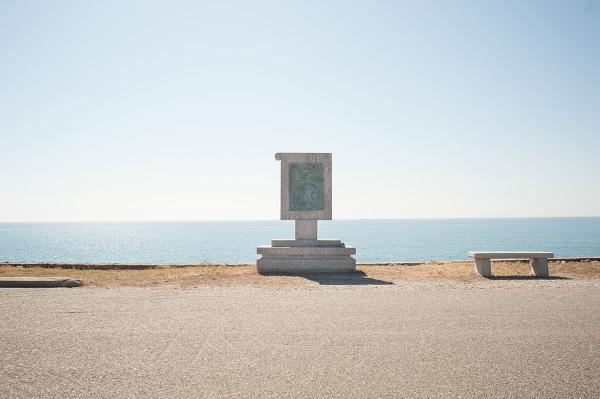 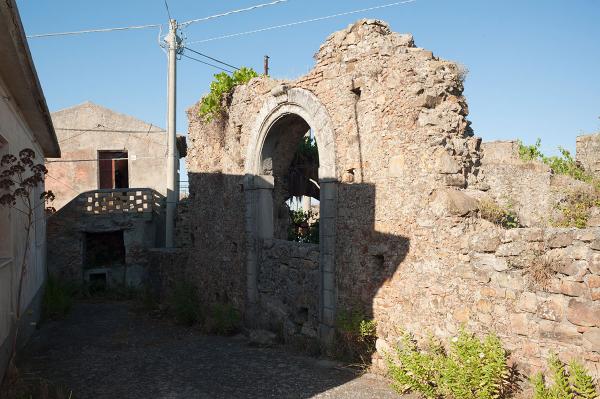 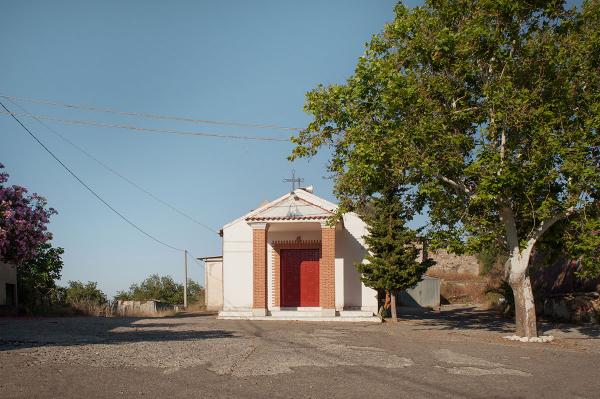 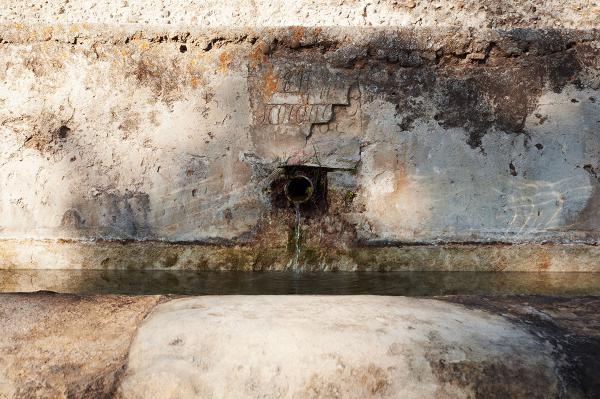 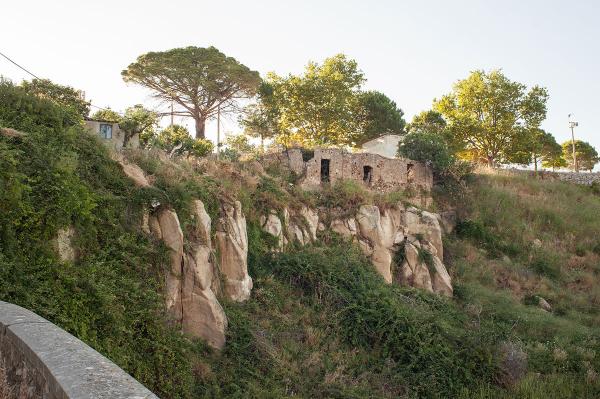 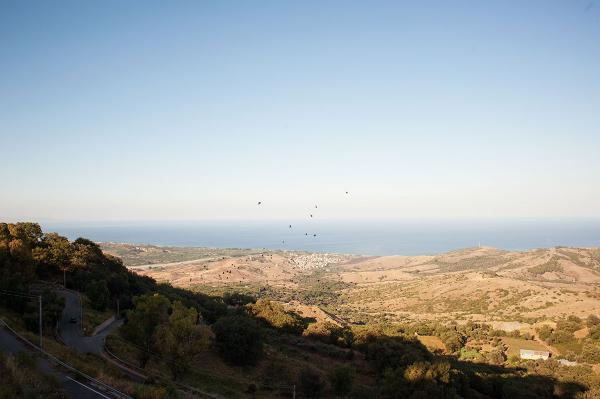 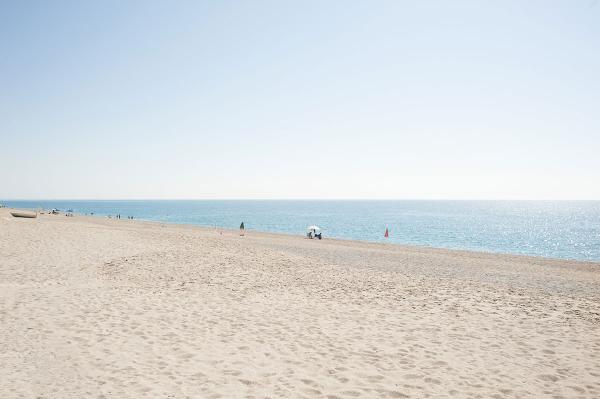 Rising on a hilltop, about 500 metres above see level, the most authentic and enchanting part of Ferruzzano, the ancient town boasts a unique position relative to the landscape thanks to a number of strategic lookout points: piazza Belvedere and the three Calvari. A veritable journey through time is a walk along the narrow and impervious alleys delineating the urban fabric of the small town. A tight network made of tumbledown houses, gardens, small balconies, landings and doors that seem to have remained in the conditions they were left in by the inhabitants as they progressively moved to the Marina district.

The wonders of Ferruzzano Vecchio

A short distance from the historic city centre of Ferruzzano Vecchio, in the northerly direction, we find Bosco di Rùdina, a forest classified as a site of Community interest on account of the rich biodiversity characterising this magic place. Here, a stretch of uncontaminated Mediterranean shrubland envelopes clusters of rock formations excavated by wind and water, and  it also boasts a world record: in the territory of Ferruzzano alone, in fact, some 160 millstones have been found. Composed of two communicating vats, arranged offset to one another (buttìscu the upper and pinàci the lower one), these presses excavated in the rock were used to make wine and are a tangible testimony to the strong agricultural identity of the territory.

Grandiosity and elegance are the salient traits of nearby Rocca Carruso, a particular rock formation from whose summit you can clearly see the coastline all the way to Africo Nuovo. On the opposite slope, overlooking the Bruzzano torrent that runs through the valley of the Armenians (named after the Syriac-Armenian people who inhabited this area around the 5th century AD), stands a small building known as church of Saint Mary of the Armenians, a small, pagoda-like temple, which calls to mind other similar places of worship widely found in Asia Minor.

Located further south is the Sanctuary of the Madonna of the Chain, disputed between the municipalities of Ferruzzano and Bruzzano. The name of this sacred place, where celebrations are held annually on the first Sunday of September, is believed to be due to the discovery of a statue of the Holy Virgin with child having a Moorish boy tied to her foot.

The area of Ferruzzano is a favourite with lovers of nature, adventuresome trails and hiking amid enchanted landscapes. Special points of reference along the itineraries through this area include the fountains fed by natural springs found in "Zagaria" (in the forest of Rùdina) and in "Scrisà", and the fountains of "Scalone" (in Stinchi), "Santu Petru", "Portella", "Strangio", "Frati", "Stroffa" and "Saccuti".