Founded in the 9th century BC by the inhabitants of the ancient Delia,  a colony of Locri situated at the mouth of the San Pasquale torrent. Its name comes from the Greek term, άπριχος (aprichos) meaning luminous, full of sunlight.

Founded in the 9th century BC by the inhabitants of the ancient Delia, a colony of Locri situated at the mouth of the San Pasquale torrent. Its name comes from the Greek term, άπριχος (aprichos) meaning luminous, full of sunlight.

Over the centuries, it was associated with the Fief of Bova. When the feudal system was abolished, it became an independent municipality and incorporated the hamlet of Casalnuovo. The strengthening works undertaken by the Italian government in the are in 1930 were of no avail to ward off the destruction wrought by the floods of 1951. On 18 October 1951, the ancient site was swept off by a stream of mud and rubble, erasing centuries-old structures that had bravely resisted the devastating force of nature, including the numerous earthquakes that have marked the history of the entire region.

At the time, the government proposed reconstructing the entire town on the coast, at a distance of more than 18 kms from the town that is now referred to as Old Africo. This painful uprooting moved most of the inhabitants of Africo to the current site, now called New Africo, only a small number of families having refused to relocate to the seashore: to this day they continue to inhabit the homes built in the area of Campusa.

The town was born of the evacuation of Old Africo and its district of Casalinuovo. The new settlement was built from scratch in the vicinity of “Lacco della quercia”, an area located between Capo Bruzzano and the La Verde torrent.

Enchanting and uncontaminated is its beach, renowned are its rocky bay and its wonderful natural pools, where the Ionian Sea draws unique colour patterns in crystal-clear water. 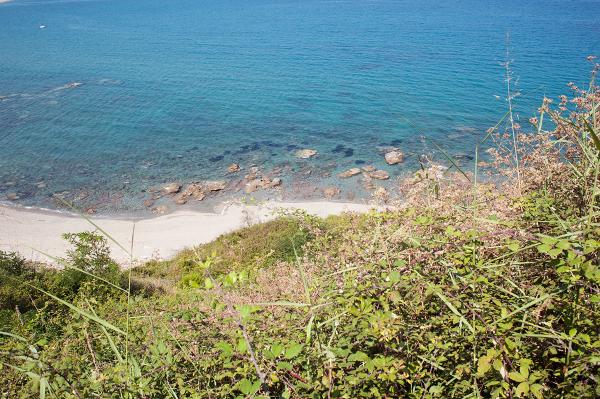 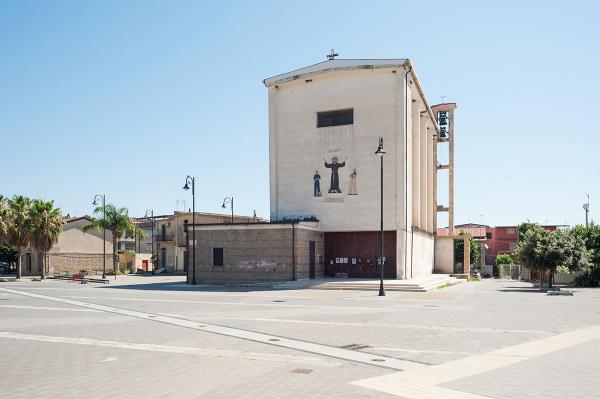 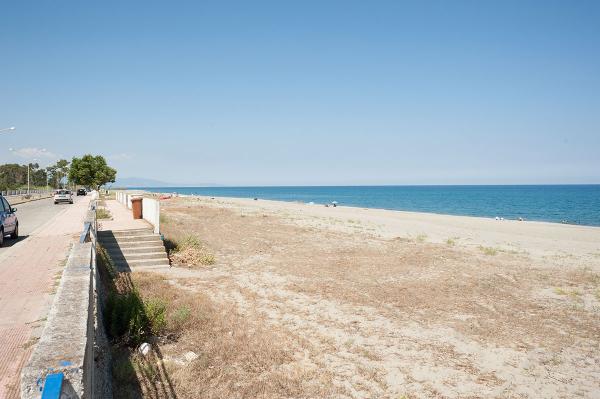 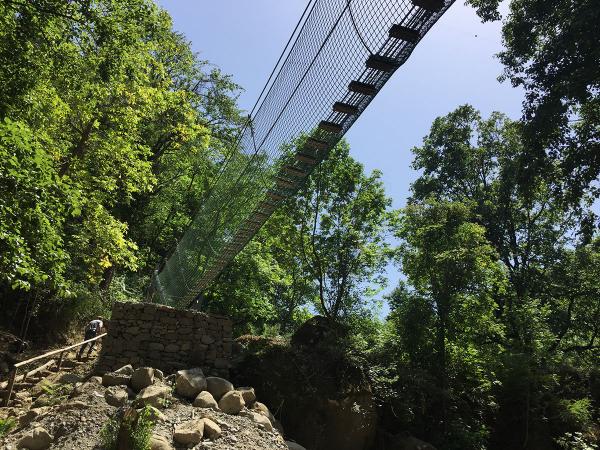 The cult of Saint Leo

Following careful studies on relics and archaeological findings – in the absence of records, since all is left about the saint is an oral source handed down in the form of a prayer – researchers have come to the conclusion that Saint Leo was born in Bova, around the end of the 11th century. He began to show signs of his sanctity as a child and was only twelve when he took the big step of forsaking the material world and joining the Order of the Basilian Monks.

At the time, the monastery was situated in the territory of Africo. In a small cell of the convent, young Leo spent the time of his novitiate, devoting himself to prayer, asceticism and penance. Having retired to a cave in the Fields of Bova, he lived praying and processing resin, which was transformed into pitch and sold to make money for the poor. An aura of sanctity enveloped him, so that, humble and reserved, Leo decided to cross the Strait and find piece in Rometta. Feeling close to death, he asked to go back to Africo where he died.

Byzantine style, single nave structure with a semi-circular apse and a bell tower. Inside the church we can admire a marble statue of the saint by local craftsmen, dating back to 1635. Destroyed by the flood of 1951, the church was restored, but while the exterior retains the original design, the interior has been completely remodelled. Since 1972, on 12 May, the day on which the people of Africo celebrate their patron saint, the church has become a pilgrimage site.

From forgotten country to a wellspring of stories and culture

In no other town in the province of Reggio, culture has found such a fertile ground for writing and narrating stories as in Africo. From Saverio Strati to Gioacchino Criaco or Corrado Stajano, great writers have narrated the life of this community and its vicissitudes, in great pages of literature, while also providing materials for films. Among the latter we should mention “SOS Africo” by Elio Ruffo, “Anime Nere” by Francesco Munzi and “Africo” by Mimmo Calopresti.

The experience of “Together for Africo”, young people for change

Thanks to a memorandum of understanding between the Aspromonte Park Authority and the Mediterranean University of Reggio Calabria, since 2016, the young people of the association Together for Africo have managed the mountain shelter of Carrà, at an altitude of 940 m, amidst oak and chestnut woods. The non-profit association works to spread awareness of the landmarks in the territory of Africo, from the Aposcipo waterfall to the Basilian trail, along which which the Carrà shelter is a suggestive, historical milestone.