Sinopoli, the “Town of All Graces”

The story: crossroads of peoples in the Aspromonte region

Scholars believe the early settlers of the town were the inhabitants of the ancient city of Taureana, fleeing from the Saracen invasion headed in the 10th century by Hassan-Ibn Alì, the emir of Palermo, who defeated and drove away the Byzantines, forcing the inhabitants of the coast to seek refuge in the hinterland. Of uncertain etymology is the name “Sinopoli”: in Greek it means “city of strangers”, but we do not know whether it was the Greek population of the neighbouring areas to give that name to the town, which would mean it was inhabited by non-Greek people. In 1058, Roger the Norman occupied Reggio, and besieged and conquered many fortresses in the Aspromonte region, including the castle of Sinopoli. Robert Guiscard gave the Sinopoli feud as a dowry to Flandria, the second-born daughter of count Roger and spouse of Henry, son of marquis Manfredi.

Under the Angevins, Calabria was divided into two regions, Citeriore and Ulteriore (with Sinopoli being included in the latter). Frederick and then Corrado having died, Manfredi ascended the throne, with Pietro Ruffo as his viceroy. This is the first turn of events that saw Sinopoli come under the power of the Ruffo family, who controlled this feud for over three centuries, notwithstanding the various foreign dominations taking turn at ruling the region.

In 1535, count Paolo Ruffo paid homage to and hosted Charles V, emperor of the Sacred Roman Empire and king of Spain, on his way back from the conquest of Tunis. In 1806, when the laws abolishing the feudal system and all the rights that came with it were passed, Sinopoli was included in the municipality of St.  Eufemia (1807), and sometime later became a municipality, with its own independent administration.

The Sanctuary of the Our Lady of All Graces

In Sinopoli Superiore, built on a small pre-existing church from the 12th century, rises the Sanctuary of the Our Lady of All Graces.

The church houses a precious relic, the Hat of the Virgin Mary, donated by Roger the Norman to the community of the faithful of the town. To be admired is the Madonna del Pilerio, also known as Our Lady of the Snows, by renowned Neapolitan artist Antonello Gagini, a splendid marble sculpture portraying the Virgin Mary with the Child in her arms. Also to be admired are a Madonna of the Graces from the Byzantine period and other sculptures dating back to the 16th and 17th centuries.

Remnants of the Church of Saint John of God

The construction of this monumental complex was authorised in 1738, at the initiative of Guglielmo Ruffo, count of Sinopoli. In 1808, with the coming into force of the French laws and the ensuing suppression of religious orders, the hospital-convent was confiscated and the monks were driven away. After the unification of Italy, the complex was entrusted first to the state and then to the municipality, where it experienced its direst days, falling into a state of total disrepair.

All is left of the original complex is the new church that the Augustinians were building; the facade, made with stone materials of different types, appears tripartite, with Doric columns resting on a high plinth. Above the architrave of the portal, a coat-of-arms in relief of the Augustinians order is surmounted by a sculpture of a crown in the round.

The procession of the “Dare”

The patronal feast of Our Lady of Graces, celebrated every year, on 8 September, preserves and passes down ancient rituals, such as the torchlight procession of the “Dare”. The celebration unfolds over two evenings, during which the ancient votive torches accompany the Marian images along the roads of the town. 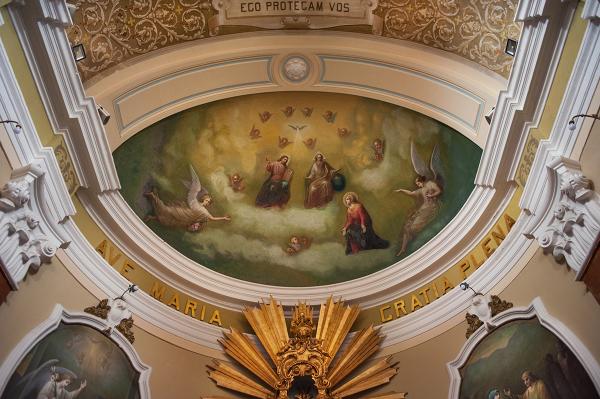 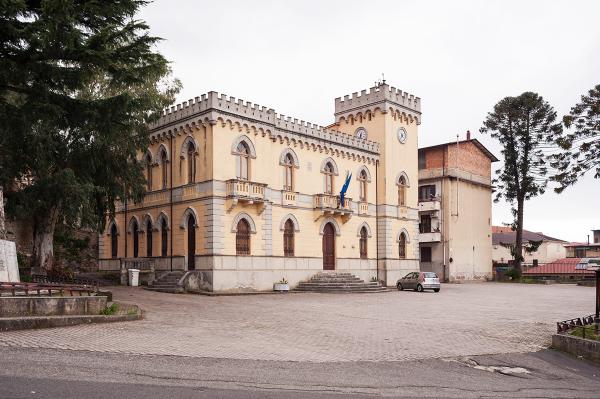 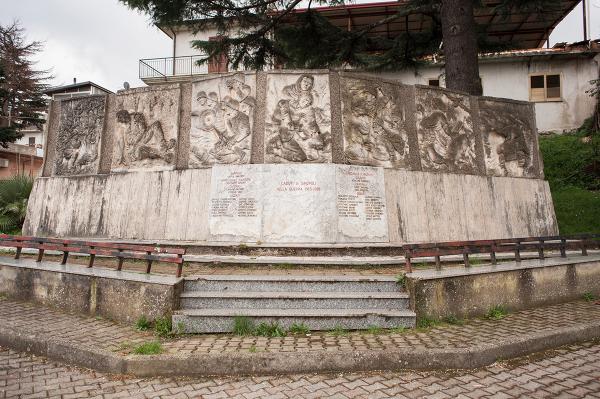 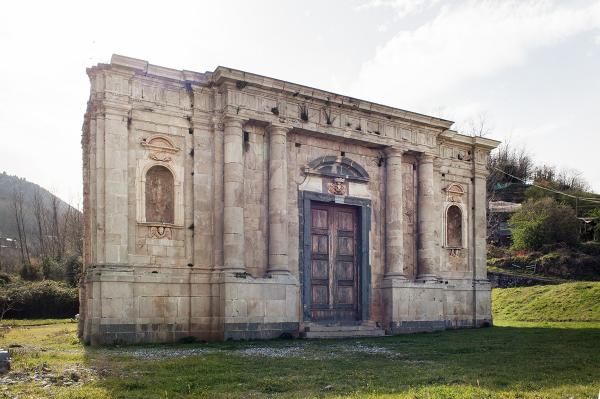 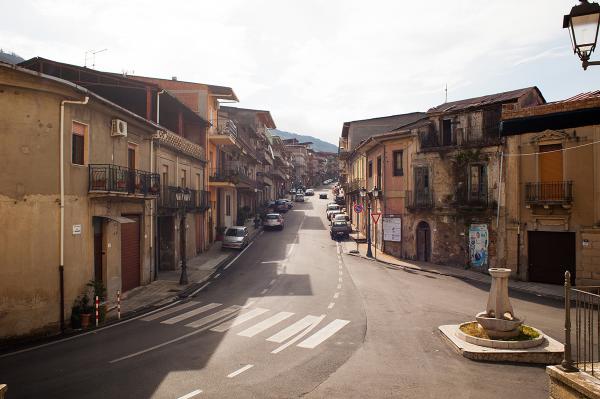 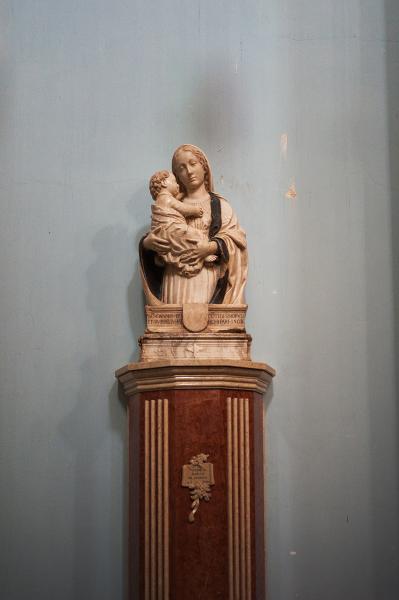 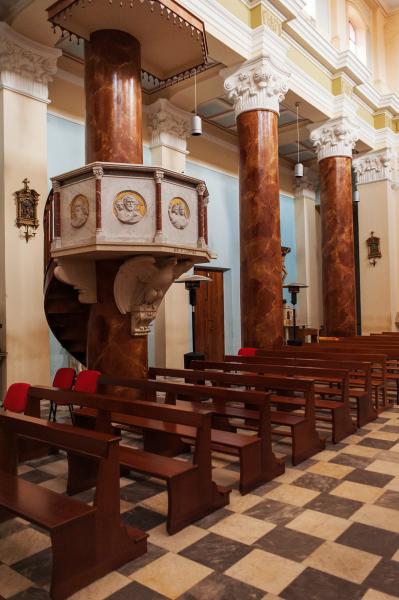