The ancient city of Oppido Mamertina is located on the slopes of Aspromonte, immersed in a forest of luxurious ancient olive trees. Roughly 35% of the territory of Oppido has been declared of significant environmental interest and is included within the perimeter of the Aspromonte National Park. The entire territory of the Municaplity of Oppido, together with the municipalities of Santa Cristina d’Aspromonte and Scido, constitutes the Anthropic Park of Mamerto.

The origins of Oppido are linked to the ancient Mamerto and to the people of the Mamertines, who bore this name because they were inspired by the god of war, Mars: a mercenary people, dedicated specifically to war that came from Campania and enlisted by the tyrant Agathocles of Syracuse (III century BC). Some of them settled in the territory of Calabria and Messina; in the third cenury BC, they came to Mella, which today is an archaeological area near Oppido, and the town was abandoned and repopulated in Roman times. In this period, the city took the name Oppidum, of which there is considerable evidence today. However, the territory of Oppido appears to have been inhabited already during the period of Greek colonization (7th century BC).

The archaeological site of Mella is one of the great attractions of Oppido territory: numerous excavation campaigns, which have also involved some US universities, have in fact brought to light discoveries of different ages and of great archaeological interest. The findings have enabled scholars to verify the presence of paved roads over 7 metres wide, along which large civil buildings lined up in a fully urbanized cultural context.

The numerous coins that emerged, belonging to the mints or authorities of Rome, Metaponto, Valentia, Locri Epizefiri, Rhegion, Catania, Siracusa, and the Carthaginians in Italy, Bretii and Mamertini, testify to the great commercial traffic that affected the territory and the Greek cities of Southern Italy. In the years in which it was not protected, the archaeological area has suffered from looting that has taken away from the community a heritage of inestimable value.

After the earthquake of 1783 that devastated Oppido, the village today has been rebuilt following a modern urban layout with wide perpendicular streets and squares, such as Piazza Duomo, a meeting place for the inhabitants and the cultural heart of the town.

The Cup of Varapodio, also known as the Tresilico Cup, is kept today in the Archaeological Museum of Reggio, but was found in the territory of Oppido and constitutes one of the greatest expressions of pottery in Magna Graecia. It is a glass cup finely decorated in a gold leaf with a hunting scene dedicated to the cult of the goddess Artemis.

The Diocesan Museum of Sacred Art (MuDOP) aims to be the cultural springboard for revitalizing the village. It stands next to the Cathedral and collects works of fine workmanship and value, canvases, icons, silverware, and architectural elements, relating the religious structures of the Diocese of Oppido.

The historic centre has many noble palaces and churches of great architectural interest, such as the Matrix, dedicated to the Assumption (in the neoclassical style), the Church of the Annunciation, and the Abbey dating back to the 1596. 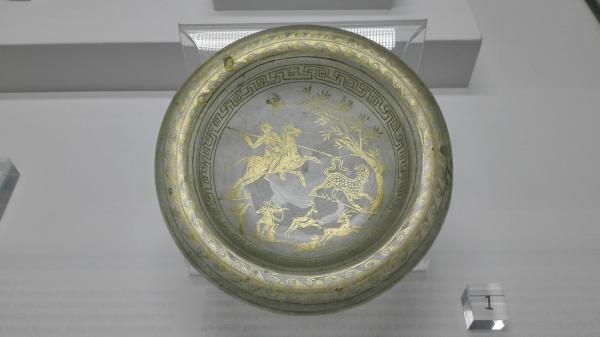 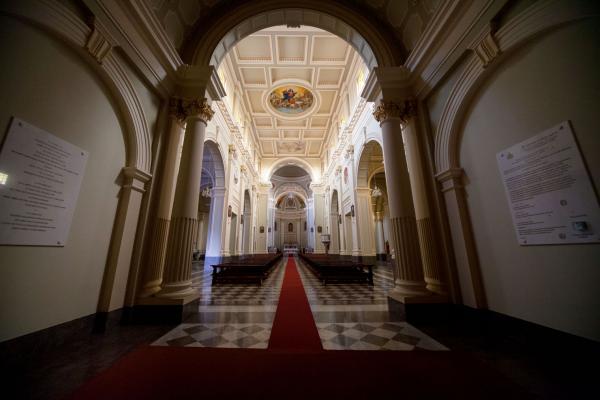 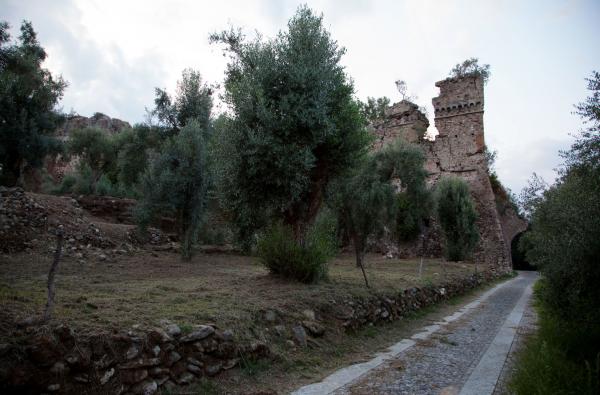 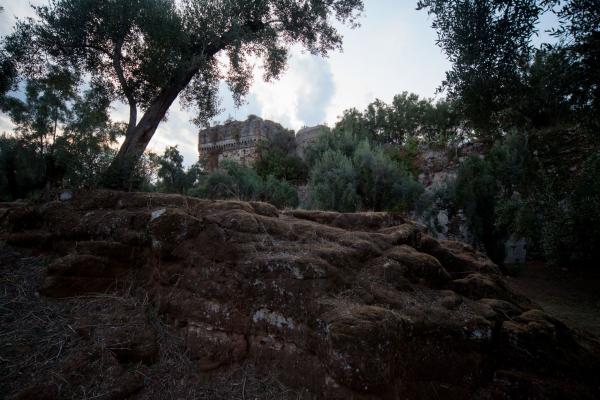 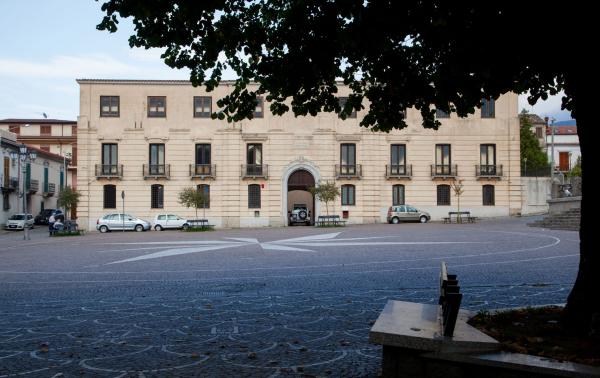 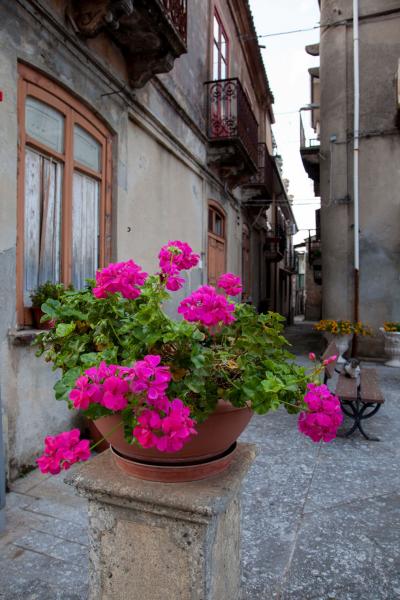 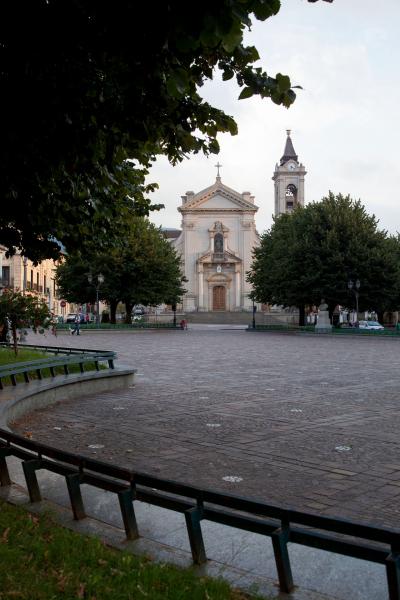 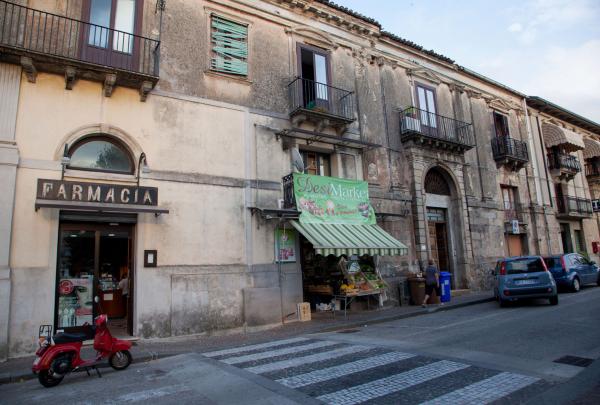 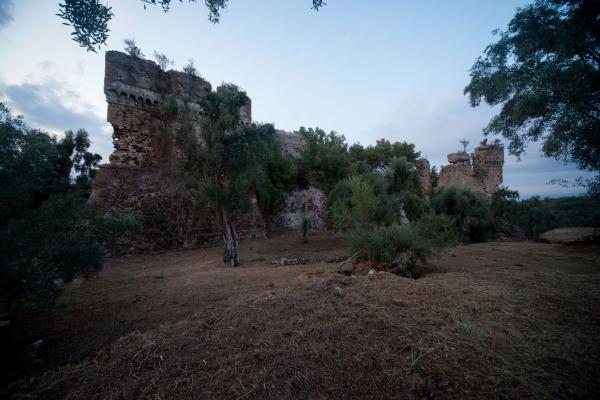 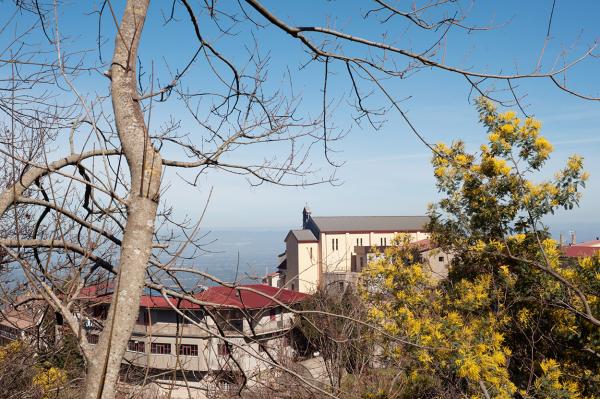 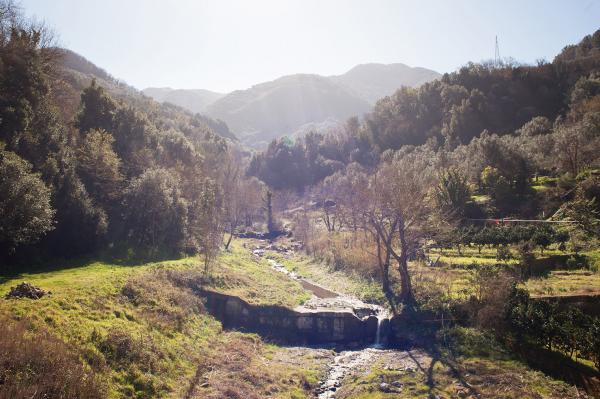 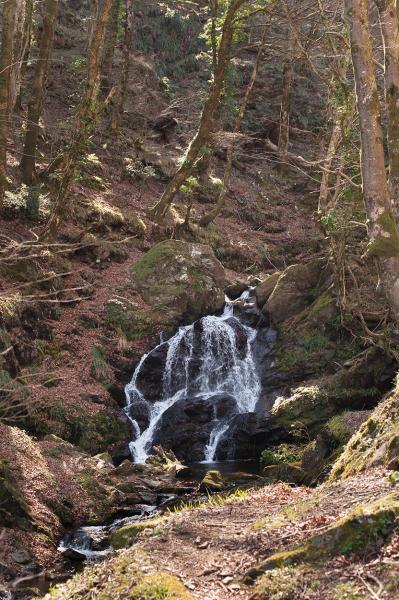 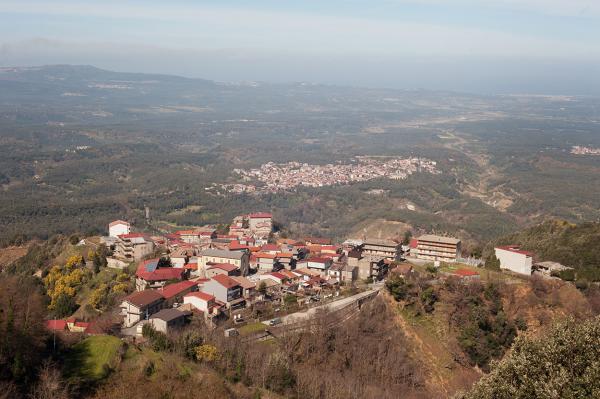 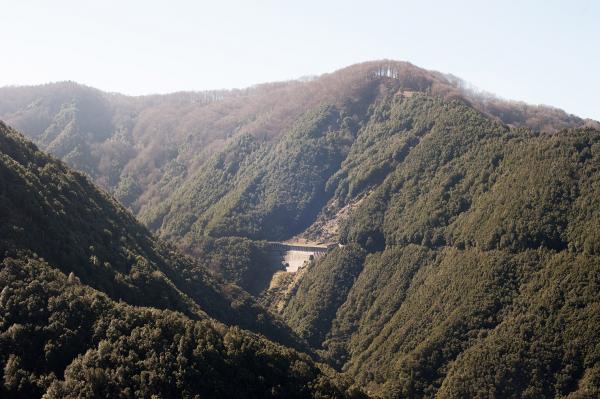 The festival of Maria Santissima Annunziata

The most treasured festival by the community is that of Maria Santissima Annunziata. The statue of the Madonna Annuziata, kept in the cathedral, is a wooden work created in 1841 by the Neapolitan sculptor Arcangelo Testa. The canonical Pignataro, in his study "The cult of Maria SS. Annunziata in Oppido di Calabria", traces the cult of the Annunciation to the period in which the Byzantine rite was practiced in the diocese. At the time, a miraculous Byzantine icon of the Madonna Annunziata was venerated in the village, a work attributed to a painted from Constantinople named Luca and built in the 12th century, now lost.

The ancient Oppido Castle, dating back to the 10th century, resisted the siege of the Normans in 1056 and presents Aragonese features in its last evolutionary phase. The manor is the place where an anonymous medieval troubadour, author of the Chanson d’Aspremont, sets the episode in which the young Orlando becomes champion, killing the enemy king Agramante.

Situated at an altitude of 719 m above sea level, the hamlet of Piminoro is one of the most fascinating hamlets in the municipality of Oppido. Its name has Greek origins and means “Shepherds Mountain”. From the top of this promontory, an enchanting panorama opens to view, extending, as far as the eye can see, over the entire territory of the Plains of Gioia Tauro, from the Tyrrhenian Sea to the peaks of the Aspromonte mountain range. The village, currently inhabited by just a couple hundred people, is a direct result of the internal migration flows that took place in the mountain zones of Vibo Valentia (the “Serre del vibonese”) in the early 19th century.

The settlement, in fact, owes its origin to the intervention of the bishop of Oppido, Alessandro Tomassini, who, in 1792, started the construction of a summer residence for the seminarians: the bishop recruited a group of charcoal burners from the Serre, who, with their families became the first inhabitants of the small hamlet. On the second Saturday of the month of July, the narrow roads of Piminoro host the celebration of the “Divine Shepherdess”, whose cult, of Spanish origin, is close to the people’s heart and is practiced with great enthusiasm and religious sentiment even by many devout believers from the nearby centres. Upon the conclusion of the novena that precedes the day of the feast, a wooden statue of the Madonna is carried in procession from the church to the site of the ancient church building destroyed by the flood of 1951.