Located at the bottom of the cove surrounded by green hills that steeply plunge into the blue waters of the Tyrrhenian Sea, Bagnara Calabra has been covered by the waters of the Messina Strait since ancient times. Historical hypotheses define Bagnara and the nearby Palmi, the head of the ancient Portus Orestis, where the Phoenicians managed their sea trade as early as 7th century BC. However, certain records that speak to the existence of the village exist only from 1085, when Count Ruggero D’Altavilla ordered the constructions of the Nullius di Santa Maria V.G. abbey and the XII apostles. From that moment on, the city suffered from various political events, and was destroyed several times by the earthquakes (specifically in 1783 and 1908), but always rebuilt on the same site. Today Bagnara is one of the most popular resorts in the Tyrrhenian province of Reggio, famous for its vitality and cuisine in which the swordfish is the undisputed king.

Ducal palace of the Ruffos

The zones and beaches of Bagnara

Bagnara’s historic centre is the focal point of the town where commercial activities and many accommodation facilities are concentrated. The Porelli and Marinella zones follow, famous for its equipped beaches, and the Norman Tower and the tourist port from which the mini-cruises to the Aeolian Islands depart. Other districts are Solano inferiore, situated on a hill about 500 m above sea level, which is known for the production of precious wood and for the Bourbon fountain located near the pass of the same name, and Pellegrina, from which you can enjoy a unique view of the Tyrrhenian Sea, Sicily, and the Aeolian Islands in a world where it is possible to walk the ancient path of Petrara and admire the remains of the wall and the majestic bell tower constructed by the Ruffo di Bagnara family in the 17th century. Pellegrina i salso famous for the production of bread, which is made using ancient techniques and methods, and which culminates in the Pellegrina Bread Festival that takes place in August; and finally, the village of Ceramida, a small cluster of houses adjoining Pellegrina known for the production of artisan ceramics that makes Bagnara one of the most important centres in the Reggio area alongside Seminara.

What to see in Bagnara Calabra

Bagnara is not only known as a seaside resort. Tourist and cultural attractions make it a complete tourist offer. Walking along the streets of the village it is easy to meet important monuments and religious architecture. At Passo Solano, for exmaple, just outside the village of the same name, there is a Bourbon fountain with an inscription on the ius primae noctis, a practice established here by the Spanish rulers. The two churches of Madonna del Carmelo, one located in Ceramida and the other in the historic centre, also offer interesting cultural cues. Another church not to missed is that of the Maria SS del Rosario, which houses the marble statue of the Almighty attributed to the sculptor Giovanni Angelo Montorsoli, a pupil of Michelangelo Buonarroti. Finally, the watchtower called the Tower of Ruggiero, located in the district of Marinella and the Castle Emmarita, also known as the ducal palace of the Ruffos, which dominates the rock of Marturano. The monument dedicated to Mia Martini, located in Marinella, is worthy of mention. Not everyone knows that the famous Italian singer, who died prematurely, and her sister Loredana Bertè, are originally from the small Calabrian town, from which they inherited the love for music and are proud of the Calabrian character.

A village that makes tourism a vital force

In the summer period, Bagnara becomes a pedestrian zone and the commercial activities of the course remain open even at night, not only restaurants and ice cream parlours but also clothing and bookstores. Summer evenings are often characterised by concerts and shows that take place in the main square, and, in August, there is a swordfish gala that attracts thousands of tourists that is not to be missed.

The bridge of Caravilla rises in Bagnara and was built in the 19th century by the Engineer Caravilla. The bridge conceals some signs of the esoteric Mason language and is arranged in such a way that one must necessarily cross it three times, because the road passes twice under its arches and only then leads to its summit. 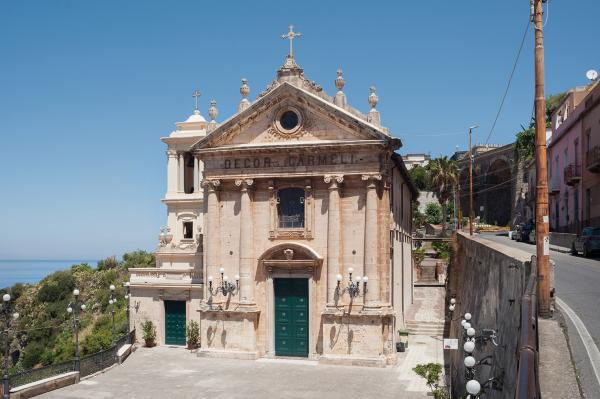 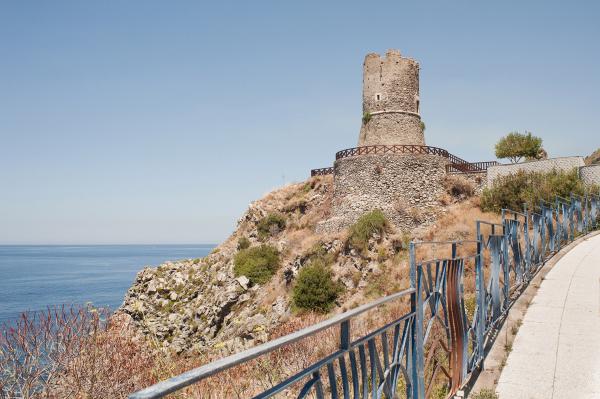 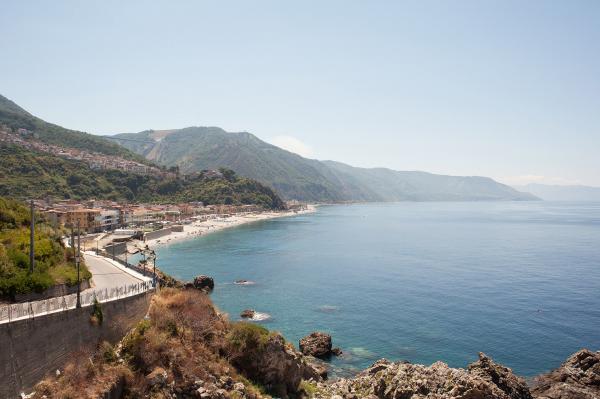 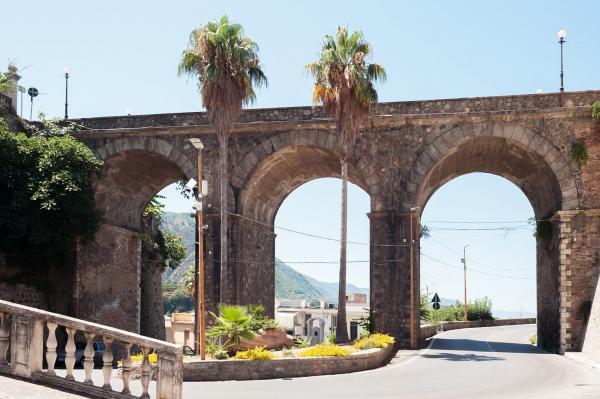 Enogastronomy of the Borgo

Bagnara was always a village whose inhabitants were devoted to fishing. Specifically, it is fishing for swordfish, which has always concerned the Costa Viola, which has made the village famous for its food and wine.

The “Swordfish alla Bagnarota” is a delicious dish in which good food is mixed with ancient popular traditions. There are numerous specialities based on this fish, most importantly “arancino with swordfish” or the “swordfish sandwich”, gastronomic specialties that you can taste from Scilla to Palmi.