For anyone coming to the province of Reggio Calabria, there is an essential place to visit. In the heart of Scilla reserved for tourists, there is a story of a place that enchants both the heart and the soul, through the evocative force of the landscape, warmth of the locals, and the ancient charm of popular traditions. The spearhead of the Costa Viola, Scilla, with the charming village of Chianalea, represents one of the most satisfying experiential experiences that the Reggio area has to offer.

Scilla has always been one of the coasts most covered by tourists and sea lovers who crowd the beautiful Marina Grande beach. It is a location of excellence, in which landscape and nature come together in a single great spectacle of colours and sensations. Experiencing the sea in this enchanted pocket offer the privileges of crystal clear water, rich biodiversity, unforgettable sunsets through which you can see, beyond the Strait, the archipelago of the Aeolian Islands.

Turning one’s gaze to the horizon, perhaps from the top of the imposing cliff that hosts the majestic Ruffo castle, it is possible in only a few seconds to be overwhelmed by the landscape suggestive of very distant times and who narration intertwines, inexorably, with history and myth. Suddenly, the endless body of water that separates the Calabrian coast from the Sicilian coast is a scene that paints the exploits of Ulysses and his men, along the route to Ithaca, grappling with Scilla’s fury, the infernal anthropophagous sea monster capable of grabbing and devouring six men at once and the disruptive force of Charybdis, a gigantic whirlpool capable of swallowing anything. There is also space for the re-enactment of the intense trade routes, or pirate raids that have plagued these waters since the 5th century BC, starting with the Tyrrhenians, skilled sailors, and then by the Greeks and Romans, up to the elegant pace of the swords that were on intent on perpetuating the swordfish hunting ritual.

Four portions of the territory combine to form the urban layout of Scilla, or four different souls each characterised by its own historical and social connotation. The pulsating and authentic heart of the town, the San Giorgio neighbourhood encloses the historic centre, from Piazza San Rocco perched on a sheer rock cliff from which a breath-taking view opens up onto the Strait of Messina, to the ancient inhabited area of Bastia, with characteristic low houses overlooking steep alleys. Purely residential, Jeracari completes the upper part of Scilla instead. The Marina Grande is synonymous with summer and is home to the promenade and the large beach that lights up in the bright colours that characterise the beach establishments during the summer. A marvellous coastline is set between the Belvedere Morselli and the gigantic fortress on which the Ruffo Castle stands. Finally, Chianalea, is a precious treasure chest, known as the small Venice of the south, an ancient maritime neighbourhood with the typical narrow streets and little houses on the sea.

According to Homer, here lived the mermaids who, with their melodious voices, enchanted the sailors: only the clever Odysseus managed to listen to them without any negative consequences, after having ordered his men to tie him to the mast of the ship. For this reason, the beach of Scilla is also known as the Spiaggia delle sirene (the “beach of the mermaids”). 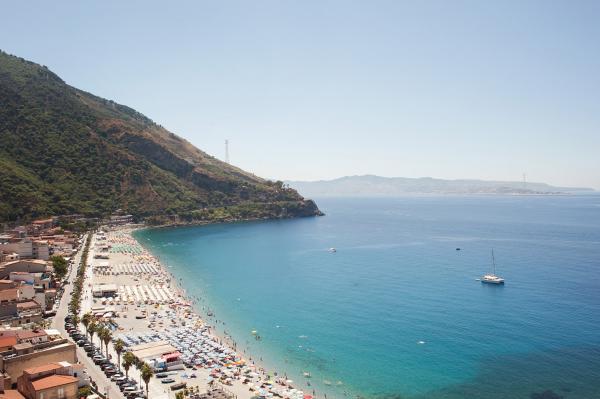 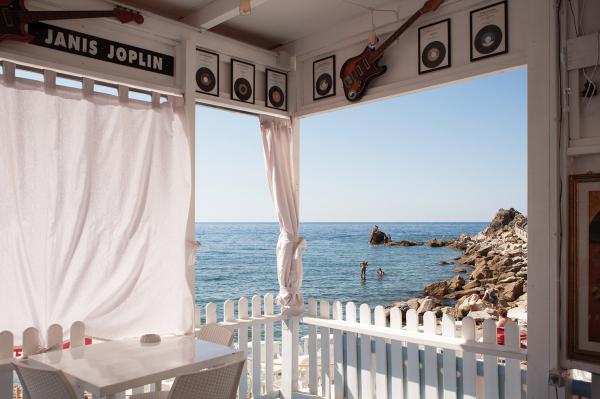 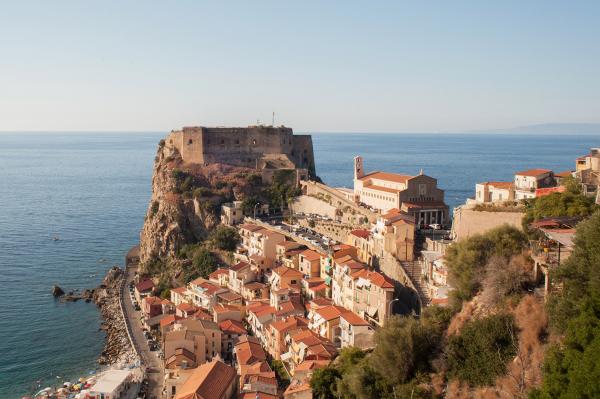 What to do, what to see

The highlight of Scilla is, of course, the summer season in which the Marina Grande beach welcomes many tourists in search of sun and uncontaminated sea. However, the pearl of the Costa Viola owes its great attractions also to its renowned food and wine tradition, linked primarily to swordfish, which finds is expressed at its maximum in the numerous restaurants, typical cafes, and corners dedicated to street food and beach establishments. A plunge into history is assured by the visit to the Ruffo Castle, located on the top of the cliff that offers a panorama of unparalleled beauty. The fortress also hosts the Scilla Jazz Festival, an event of great artistic and cultural calibre.

Not to be missed, moreover, are the naturalistic experiences such as those can be experienced in Punta Pacì, places with crystal-clear and high waters, rich in flora and fauna, making it ideal for those passionate about diving. The more adventurous can go as far as Cala delle Rondini; an isolated and difficult area to access, it preserves a paradise and uncontaminated environment. A little further north, ideal for families, is the Favazzina beach characterised by the find sand and shallow waters. To rediscover the most ancient and wild side of the territory, the Grotte di Tremusa, of karstic origin and covered with marine fossils, is not to be missed.

Read more
For the Sea