Leaving behind Marina Grande and the purely seaside dimension that the enchanting Scilla beach is able to offer, you enter a completely different world. It can be immediately seen by taking a peep at the foot of the great cliff that houses the Ruffo Castle, in a position that totally dominates the sea and the entire area. The first glimpse met by the gaze is that of the tourist harbour, the last trace of a modernity that, when taken away, leaves room for the echoes and suggestions of a very distant time that the small fishing village seems to guard with jealousy.

The encounter with Chianalea (or Piana delle Galee, taking its name from the ancient boat) is an emotional experience that visitors cannot miss. It is a journey through history and myth, ancient traditions and new sensations, immortal beauty and evidence that is still vivid. Like those that are encountered along the main street, continually interrupted by narrow and characteristic lanes on the sides that open glimpses of incomparable impactful landscape between the houses, some of which date back to the 1600s, leaning against each other.

Between history and tradition

It is rather easy in this imaginative atmosphere to let oneself be captivated by the aromas and visions that remind us of when Chianalea was the beating heart of great trade routes, a point of arrival and departure for the most important Mediterranean navies. The Scillesi themselves, skilled maritime merchants aboard the feluccas, wooden boats with Latin sails and oars fitted with bombs to defend themselves from attacks, trade all over the Mare nostrum. In fact, while strolling along the lands of Chianalea, there still seems to be echoes of the coming and going of fishermen, spice traders, and fine fabrics. There was particularly intense traffic with Venice, whose historical archives, not surprisingly, preserves testimonies of Scilla families.

The intact charm of the myth

Entering the heart of Chianalea, one immediately realizes why this place has been labelled one of the most beautiful villages in Italy. Today it is a destination for tourists who love to stay in cosy B&Bs, go shopping in the characteristic shops, and taste the specialties of the local gastronomy, in particular the swordfish dishes (a truly wide selection for every kind of palate offering everything from catering and gourmet menus, to traditional proposals, including even the delicious pubs where dishes that are authentically innovative can be tasted), Chianalea preserves its charm over time. At the end of the walk, near the church of San Giuseppe, the mind returns to retrace the myth of Scilla (narrated by Homer in the Odyssey), the beautiful nymph who made the sea god half man, half fish named Glauco fall in love with the ire of Circe who turned her into a monstrous creature with six heads of rapid and snarling dogs. Along the streets of Chianalea, stopping to observe the incessant motion of the sea that breaks onto the rocks that support the dense array of houses, it seems, still today, that the laments of the creature can still be heard in the distance. 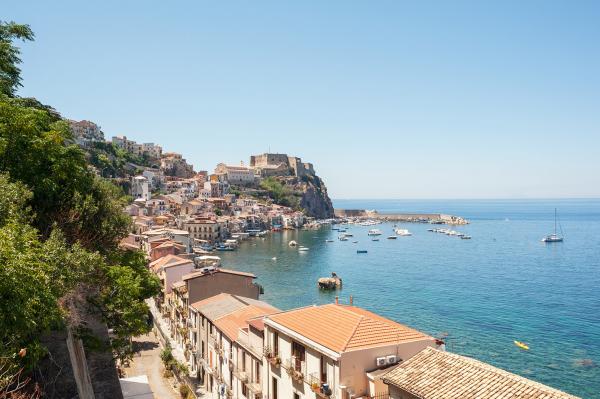 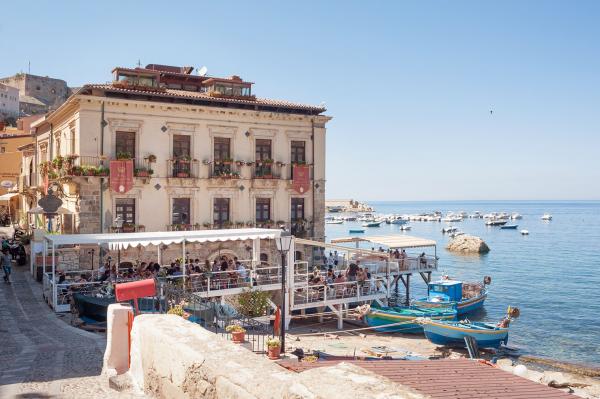 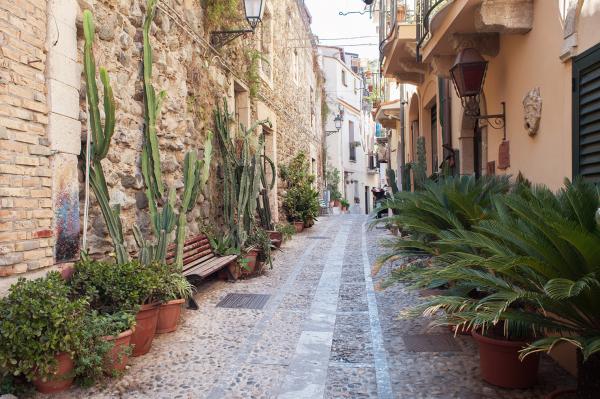 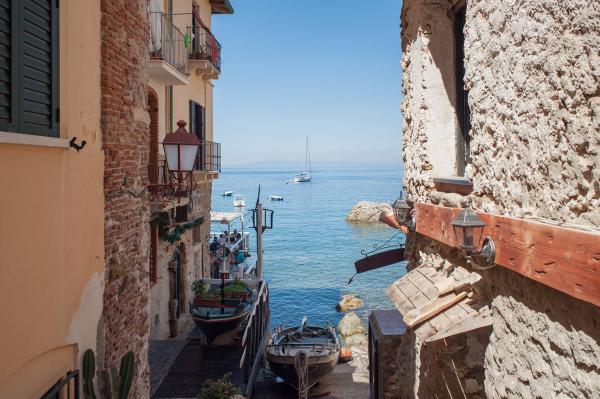 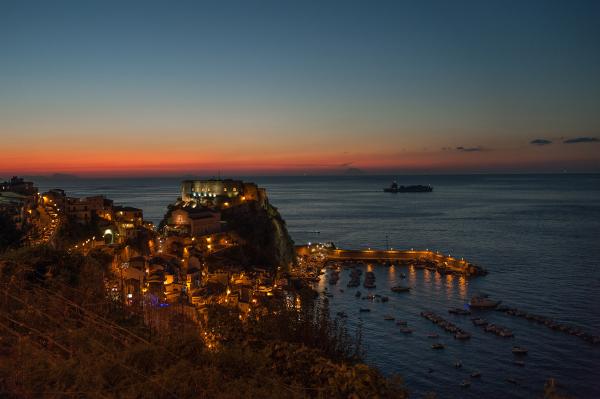