The Monastery of the Visitation

A place where silence meets the spirit

On 11 November 1754, the three daughters of the Musitano family, one of the most eminent of Reggio Calabria, decided to consecrate their lives to the enclosure. Thus, around the three sisters, the first nucleus of the Monastery of the Visitation of St. Mary of Reggio Calabria was born. At the beginning, the monastery found its home in the family home of the young, the Musitano palace, reaching in its first years the conspicuous number of twelve nuns. Only in 1840, after the earthquakes, political hardships and persecutions, the Monastery and the community were finally officially recognised by the Order. In its history, the community has known several locations: the primitive monastery was located where Italia Square is currently located. IN 1855, it moved to the upper part of the city, and, from 8 December 2005, the current monastery is near the Campi di San Nicola di Ortì.

Currently, the old Monastery site, thanks to a museum conversion project, will house the Civic Museum of the City of Reggio Calabria. The exhibition spaces will host the artifacts and works from the Byzantine to the contemporary era by virtue of a careful and long restoration. It is a direction that ideally continues that of the National Archaeological Museum, where it is possible to admire the treasures of the Greco-Roman era.

At the foot of Aspromonte, while still in the territory of the municipality of Reggio Calabria, stands the new structure of the monastery that is consecrated to silence, prayer, and hospitality. The architectural structure revolves around the three basic buildings: the enclosure, the church, and the guesthouse. It expresses in some way the style of proper religious life of the ones who have chosen the Visitation: humility, modesty, and simplicity in faith, both in the heart, and in the place where they live. Although severe and rigorous in its style, the building is built in a panoramic area on the Strait with a view that embraces the marvellous passage between Calabria and Sicily. Inside the enclosure, all the most important places overlook the main cloister, while on the smaller cloisters, there are the service and work areas. The common areas have been designed and distributed in a functional way to their destination, without architectural trappings.

Unfortunately, for religious-cloistered reasons, it is not possible to visit the new monastery.

The founder of the order chose the figures of Mary and Elizabeth as a model for future religious guests, affectionately called the Visitandines. 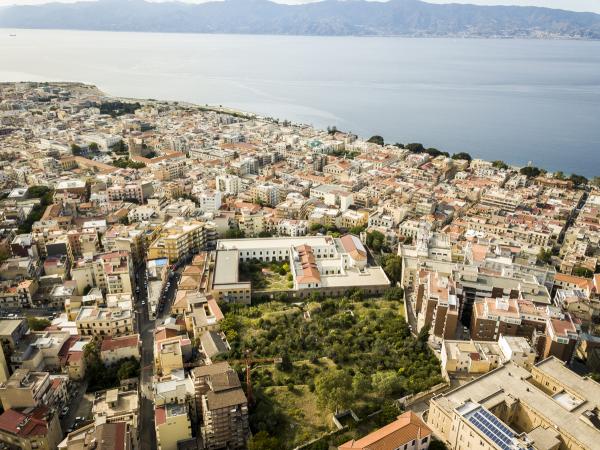 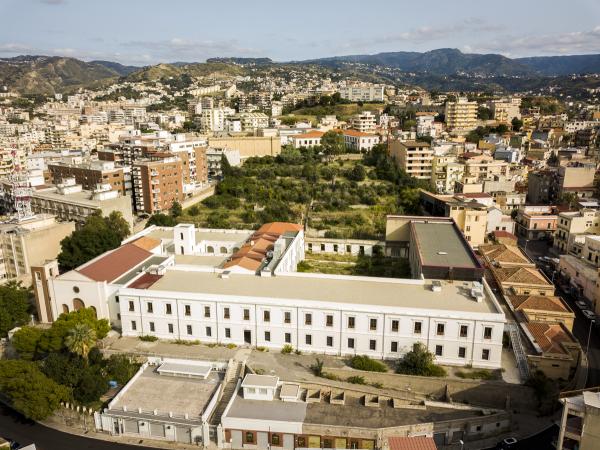 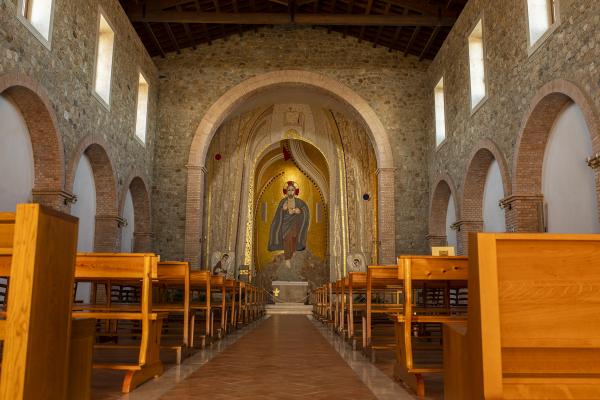 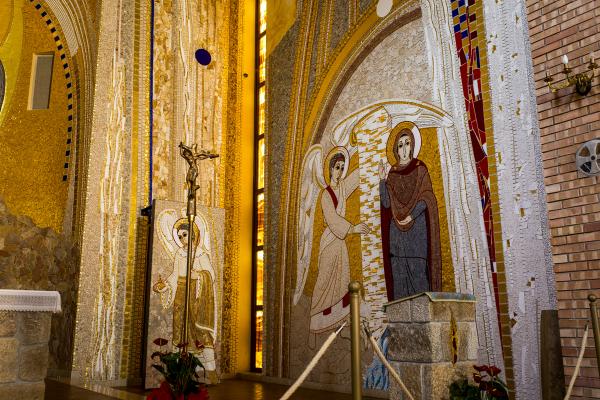 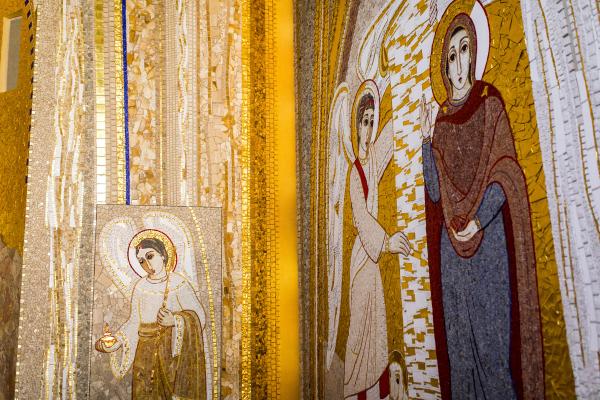 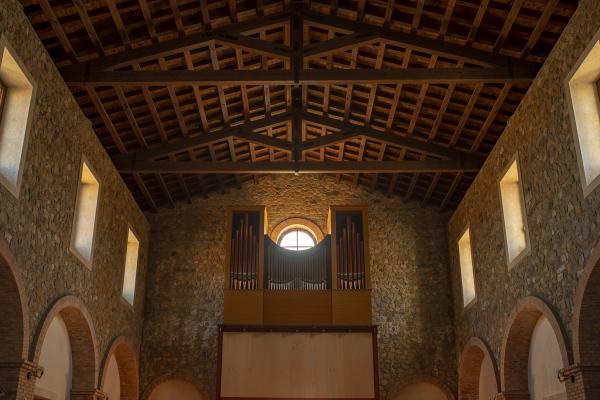 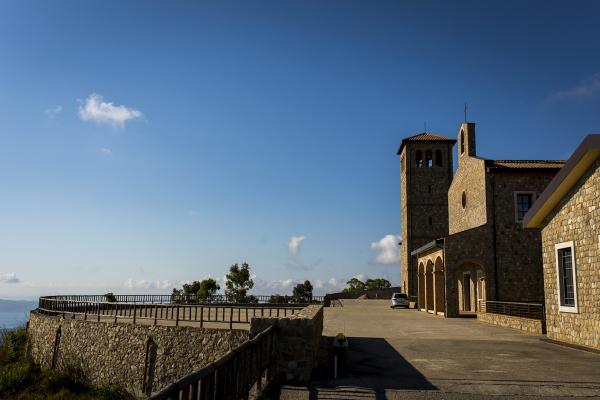 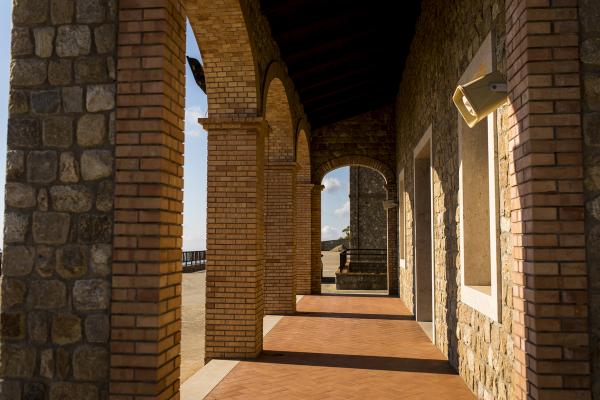 The spiritual simplicity of the church within a monastery

Inserted between the enclosure and the guest quarters, the church is simple and welcoming, a single hall whose perimeter walls are characterised by the presence of six stone arches and large windows. The architectural organism, devoid of decorations, is in harmony with the spirit of simplicity that the entire construction features and expresses the spiritual value at the base of the order’s style founded by Francesco di Sales. Presiding over the great stone altar is a mosaic representing the Sacred Heart of Jesus, created by Jesuit Father Ivan Mark Rupnik. On the left is the iron grille that divides the presbytery from the nun’s choir.