Sant’Eufemia: nestled between Aspromonte and the sea

A long history: from ancient Greece to north-south solidarity

The presence of numerous persistent traces at various levels in the current village all converge towards the certainty that Sant’Eufemia d’Aspromonte was in ancient times a residential nucleus founded by the Greeks. In fact, there are Greek influences in the dialect that is still spoken today; the toponym Mystras, the centre of the ancient inhabited area and the name of a Greek city, also the same cult for the patron Saint Eufemia Virgin and Martyr, is attributable to the original saint of the ancient Greek colony of Chalcedon. The centre has developed over the centuries with the rise of numerous monasteries that house monks who have come to Calabria since 368; in the early Middle Ages, there were hundreds of hermitages and convents in the province of Reggio Calabria alone. The arrival from the Christian east of numerous groups of Basilian monks favoured the erection of many monasteries in the area: Sant’Oreste, Santa Eufemia, San Luca, and San Bartolomeo, the most important of these. Sant’Eufemia, like all of Calabria the time, first was subject to Byzantine, and then Norman and Swabian domination; targeted by the incursions of the Saracens, it managed to always remain firm thanks to its position on the tall mountains of Aspromonte, overlooking the sea that favoured its sighting and defence. As evidence of this period, in Meladoro there is a cave whose toponym “Grotta dei Saraceni” recalls the continuous raids of the time. In 1283, the “Piani della Corona” were the scene of battles between the Angevins and Aragon people. Between February 5th and 7th 1783, a terrible earthquake, remembered in the popular) imagination with the name of “U fracellu” (The scourge) almost completely destroyed the village: 945 of the counted inhabitants died, with damage estimated as 300 thousand ducats. The same fate happened to many of the town inhabitants in the earthquake of December 28th, 1908, when 839 of the 6,285 inhabitants at the time died. The people of Milan, who built numerous groups of shacks, brought relief in terms of money and clothing, and constructed a church dedicated to Sant’Ambrogio, then helped the inhabitants of the village.

The ancient monastery of San Bartolomeo

A historical document found in the Naples State Archives by Antonio Melardi, a citizen of Eufemia, attests to the monastery’s existence already from 1102. Its subsequent wealth, the result of the work of the monks and inhabitants, attracted the interest of the Ruffos of Sinopoli and the monastery fell under their dominion in the 11th century. The monastery was destroyed by the 1783 earthquake. Today, the perimeter of the walls, a portal with a capital, ruins called “U Campanaru”, and a fountain whose water, coming from the locality of Cellia, came through a rudimentary conduit consisting of two overlapping tiles are visible.

“Garibaldi has been wounded!”: The Garibaldi Museum

Few people know of the last military adventure of the hero of the two Italian worlds in Aspromonte in 1862. In fact, upon crying “Rome or death!”, Garibaldi with his loyalists wanted to go up the peninsula to free Rome from the Pope and the French. A trap set by the newly born Italian army, however, awaited him; on August 29th, after landing in Calabria, the Garibaldians were blocked in Aspromonte, in the large pine forest of Sant’Eufemia in the “Forest” area. Here, Garibaldi was injured and arrested by troops from the regular Italian army. The mausoleum, rebuilt in 1965 to replace the previous one, in addition to the remains of the five soldiers and seven Garibaldians who fell during the battle, preserves a commemorative plaque of the event, as well as relics from the resurgence period. 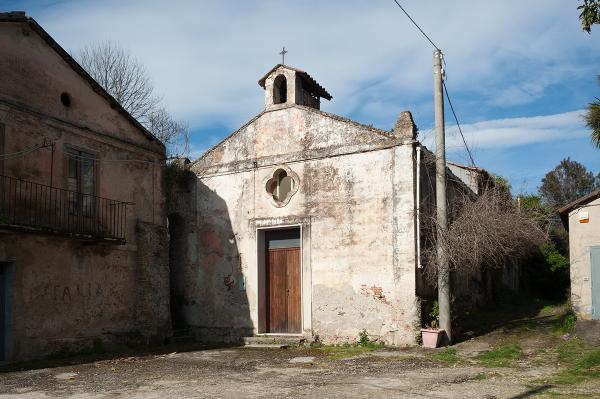 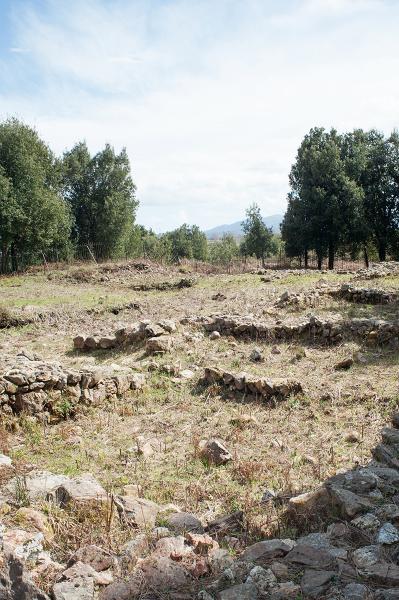 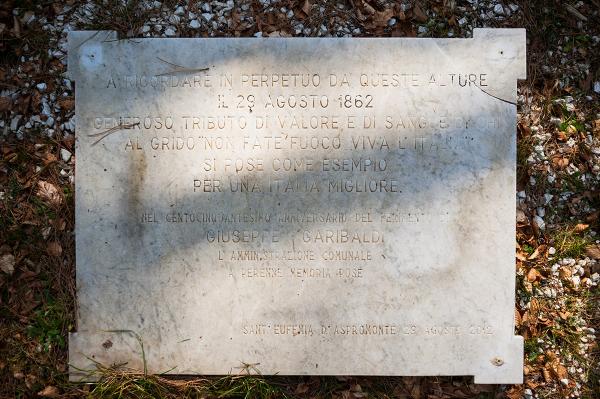 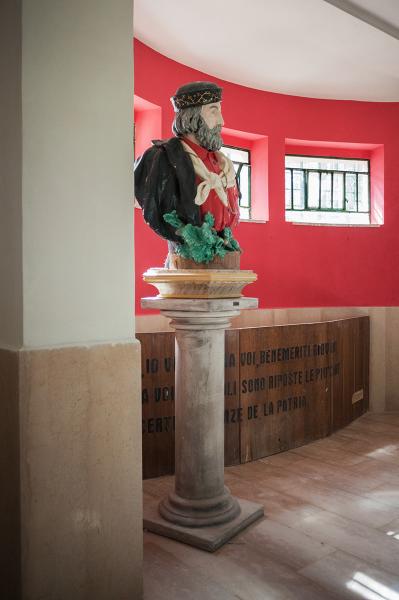 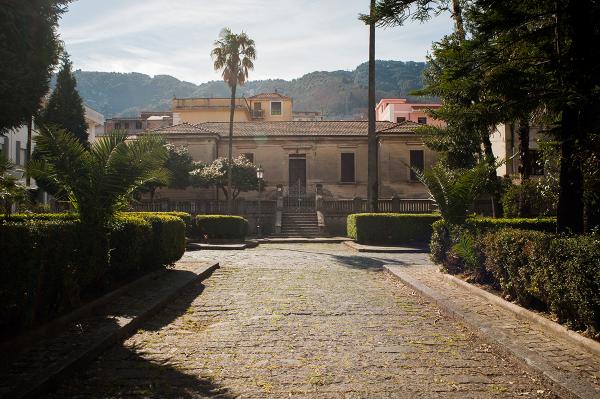 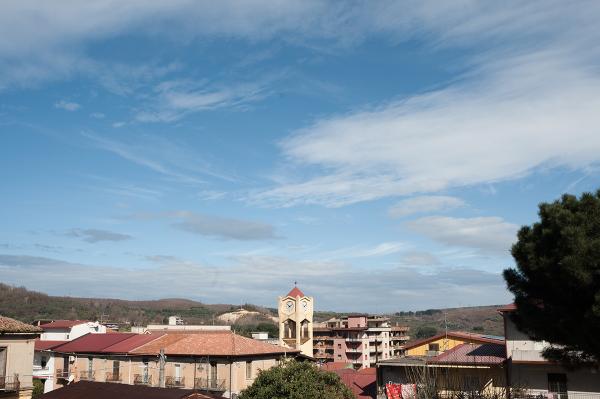 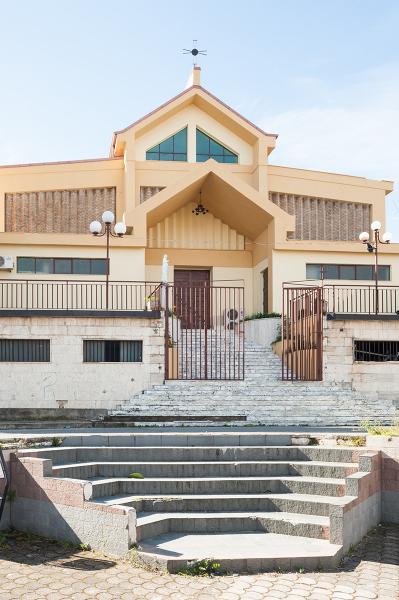 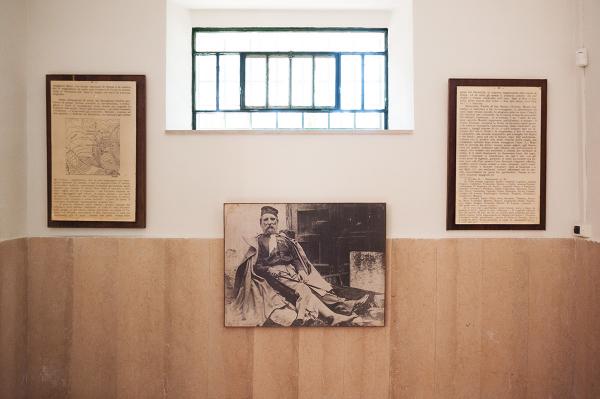 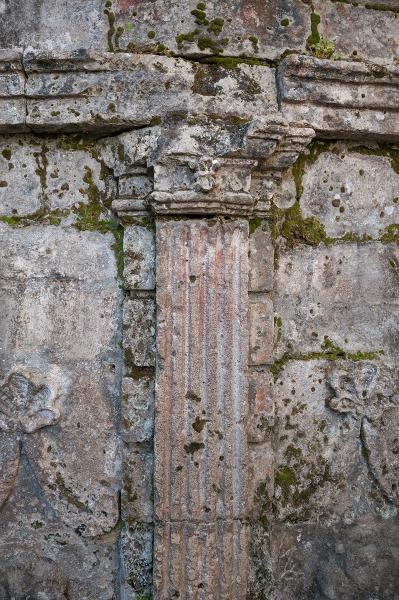 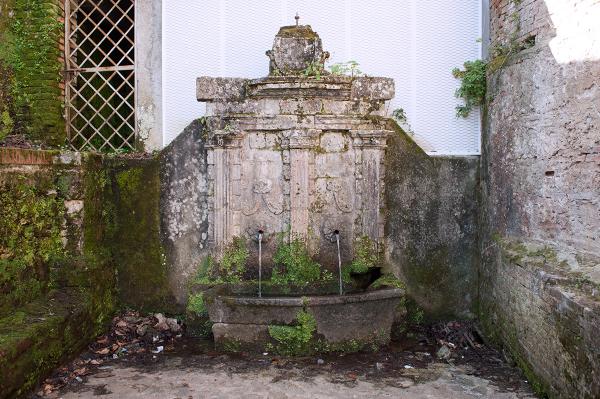 The Fort of Serro di Tavola

The area in which the fort of Serro di Tavola falls has been recognised by the Superintendence for Archaeological Heritage of Calabria as an “area of archaeological interest.” The fort, a rectangular embankment raised above the level of the land that surrounds it, dates back to the 5th-6th century BC and is located in a strategic position for the roadways of the ancient Reghion, the link between the Piana di Gioia Tauro, and the city founded by Chalcidians.

The fountain owes its name to an ancient love story wrapped in the legend lived by two young people from the area in the 19th century. Clementina, daughter of a noble family Sant’Eufemia and a young man from a humble peasant family meet and get to know each other. They love each other in the shadow of a gigantic walnut tree that protects their love with it leafy shade. The place was even more idyllic and pleasant due to the presence, according to the source, that since then has born the name “nucara”, meaning “beautiful” walnut tree in the Eufemia dialect. It comes from the expression of the young man to his beloved: “This nucara (walnut tree) is beautiful like you”. This was how the name for the fountain and the area in which it was located was born.

Feast of the patron saint

Sant’Eufemia, the feast of the patron saint (September 16th), features musical performances, fireworks, and local traditions, was announced on the 6th of the month with a large bonfire.

A people, a “lineage of the strong”