The most ancient place of worship in the city

Formerly located in the space that today corresponds with the four blocks between Via Tripepi, Aschenez, Palamolla, and XXIV Maggio, the Griso Laboccetta Sanctuary, thus called by the ancient owners of the land on which it stood, represents the most important aspect of Reggio’s Greek heritage.

A treasure chest of sacred goods in the city centre

The first archaeological discoveries in this area date back to the 1800s, when, during excavations, many objects made of terracotta were found. In 1883, the first votive deposit was recovered, and since then, a succession of clay statuettes representing female divinities, offers, animals, and female protomes of all different sizes, as well as hundreds of small miniature vases in multiple forms, have been found. The most interesting piece found in the area dates back to the last quarter of the 6th century BC. It is a bas-relief painted in terracotta that most likely adorned a sacred building. It was renamed “lastra Griso Laboccetta”, representing two archaic-style maidens in movement.

The Griso Laboccetta area has produced archaeological discoveries that are among the most famous pieces exhibited at the Archaeological Museum of Reggio Calabria.

The existence of a sanctuary in this area during Archaic times is also confirmed by the multiple fragments of architectural decorations found during the excavations. Fundamental were those of Alfonso De Franciscis, who, between 1959 and 1960, brought to light the foundations of a group of very ancient temples, as well as a large quantity of fictitious ex voto. Subsequently, the foundations of a chapel—a small, sacred building—has been partially preserved on the edges of Via Torrione, which dates back to the 6th century BC and shows signs of having been restructured in squared sandstone blocks dating back to the 4th century BC.

The cult of Dea Madre (the “Mother Goddess”)

Examination of the ex voto artefacts reveals how the sanctuary was dedicated to the worship of the goddess Demeter and her daughter Kore-Persephone, characterized by a plurality of aspects and ritual practices closely related to the various cycles of female life. 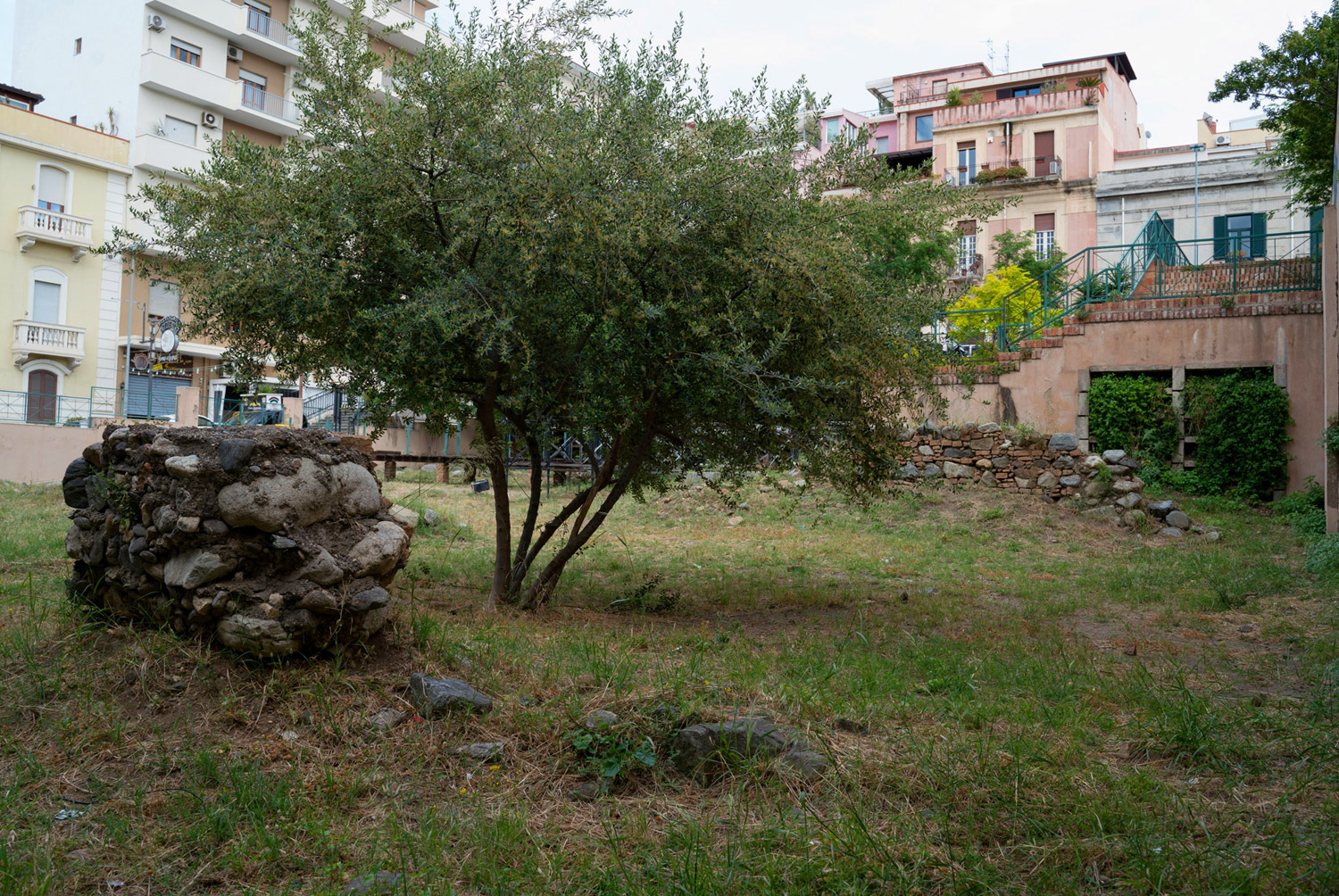 The Hills of Angeli

The remains of the ancient city walls