A fortress that presides over the Strait

In a strategic position between the slopes of Aspromonte and the Strait of Messina, the castle of Calanna dominates the entire Vallata del Gallico, in the southern part of the city. It is assumed that the castle stands on a pre-existing Byzantine fortress, although studies exist that attest to a human presence in a zone of the area already in the Iron Age.

A castle of strategic-military importance

The ancient toponym of Calanna, from the Greek Kale-amuna (good shelter), reveals the strategic-military origin of the site. Fortified since the early Middle Ages, this ancient pre-Aspromontan village experienced its greatest splendour in the Angevin era, when the records of the Neapolitan court of Carlo d’Angiò indicated the presence of an octagonal-shaped manor on the spot. Later it was remodelled and in the course of the successive dominations, it lost its importance until it suffered serious damages in the 1783 earthquake.

While studying the remains of the castle, archaeologists came across a settlement that attests findings dating back to the Iron Age, of which a pre-Hellenic necropolis was found that dates back to the 10th and 9th centuries B.C.

Today, part of the ancient walls can be identified among the ruins, as well as several quadrilateral base towers and cisterns that provided the water supply of the fortification. Access to the east corner tower, the prison tower, is available. The curtain wall was interspersed with five towers and two access doors to the plateau, as evidenced by an evaluation from 1646. The fortified line on the south side was discontinuous due to the conformation of the plateau that prevented the ascent on the slope. Some of the ceramic artefacts found in the castle are kept inside the Municipal Archaeological Museum of Calanna. 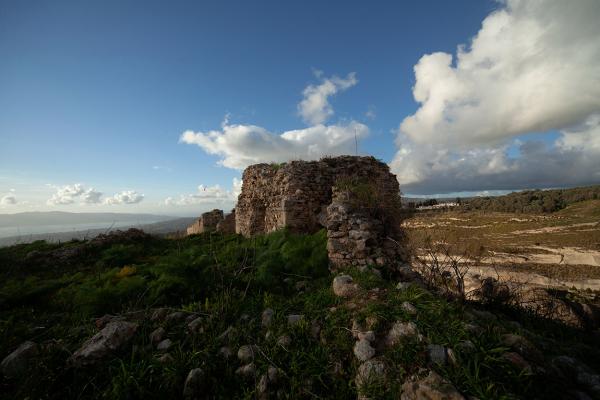 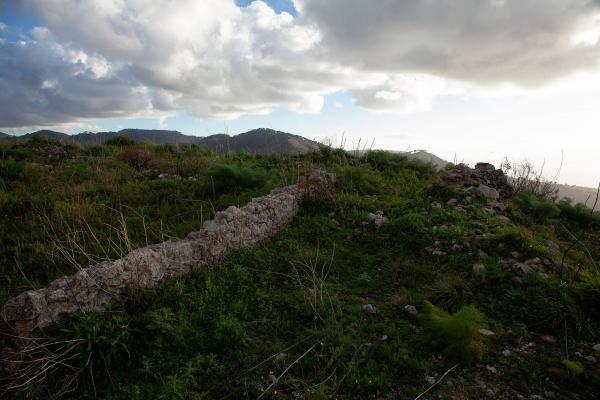 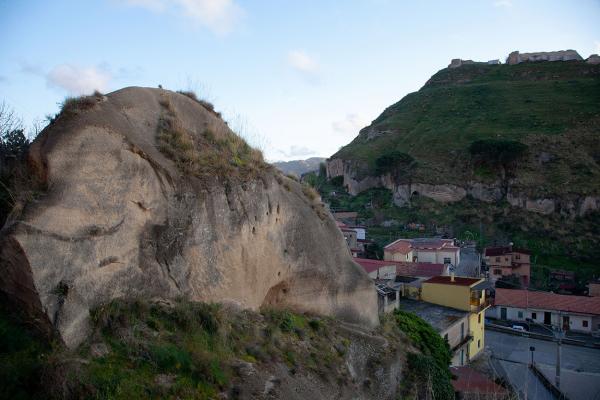 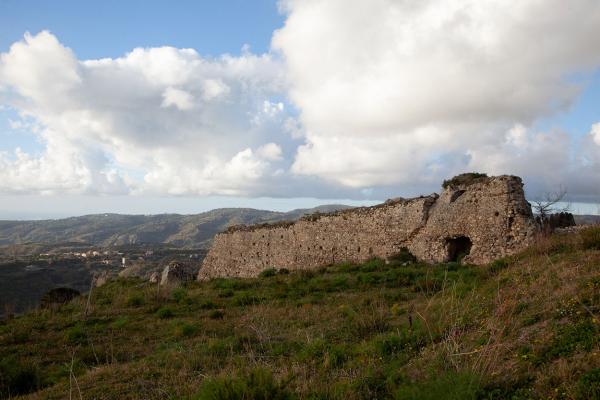 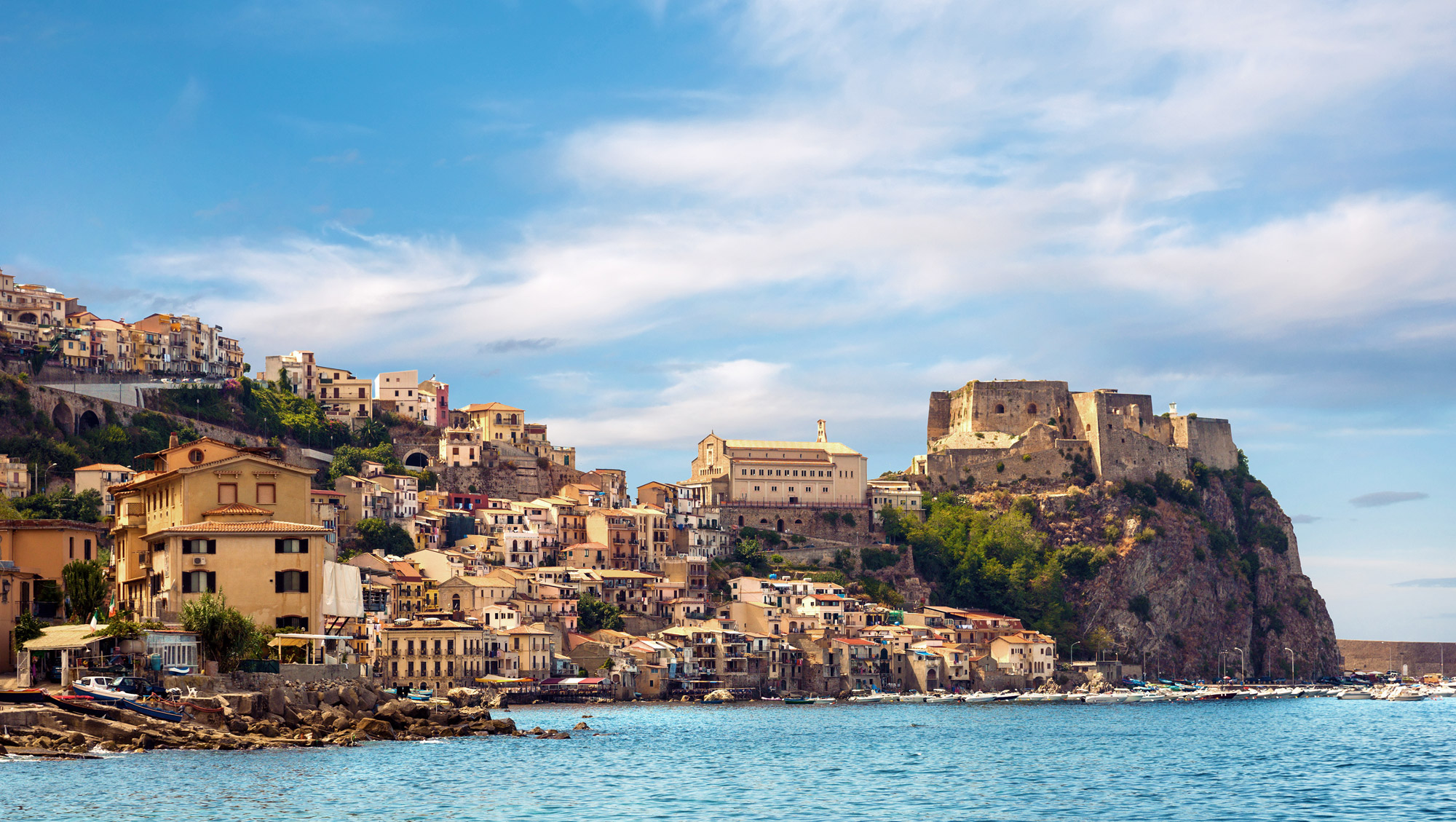