On the cliff of Monte Calvario stands Pentedattilo, a mysterious and fascinating town, which is a district of Melito di Porto Salvo. Abandoned until recently, the ancient village, considered over time to be the most evocative ghost town in Calabria, has now been revived by new commercial and tourist developments. It is a beautiful town that houses incredible legends.

The town gets its name from the shape of the Mount Calvary cliff: a giant hand with five fingers (from the Greek pente (πέντε), or five and dactilo (δάκτυλο), meaning finger). The first castle was first built just below this mountain, spreading then around the ancient village, surrounded by an extraordinary natural landscape, making it a popular destination for hikers and tourists from all over the world. Part of this evocative setting is the Vallata di Sant’Elia, where the curious sandstone fortresses of Santa Lena and Prasterà are located, immersed in expanses of broom, olive trees, mulberries, and prickly pears, almond and mimosa trees, which make for a great show in spring.

It was founded in the 9th century to defend the territory of Reggio from Saracen incursions. During the Greek-Roman period, Pentedattilo was a successful economic and military centre, thanks to its strategic position, from which it controlled the roads to reach Aspromonte. During the domination of the Byzantines, the town experienced a slow decline, which began with numerous lootings by the Saracens. It became a Norman territory in the 12th cenutyr, it was transformed into a barony and entrusted to the control of the Abenavoli Del Franco and, subsequently, to the Francoperta family of Reggio. The latter forcedly ceded to the Alberti, who kept it, despite the tragedy of the Massacre of Alberti, until 1760, the year in which the town passed into the hands of the Clements, and, therefore, the Ramirez. In 1783, Pentedattilo was severely destroyed by an earthquake, one of the events that led to its complete depopulation. The population continued to move towards Melito Porto Salvo until the Renaissance due to the constant threats of floods and earthquakes. Precisely for this reason, the old village became a district in 1811.

Known as a ghost town, Pentedattilo was rediscovered in 1980 thanks to volunteers from all over Europe, which started its recovery. Today the small stone houses, surrounded by prickly pears, are lodgings of widespread hospitality and represent only a small part of what continues to be done for the rebirth of this ancient town; artisans and artists have in fact occupied the new houses, transferring their activities here: there are shops that sell wood, glass, and ceramics; it is also possible to admire the popular Museum of popular traditions.

The town of Pentedattilo is one of the villages from which the writer Edward Lear was most fascinated with: in his “Journal of a Landscape Painter in Calabria”, he wrote a wonderful representation of what it was like in the 19th century. It is therefore part of the path called, the “Path of the English,” which runs through all the towns described by the writer during his trip to Italy.

The sights and events of the town

It is possible to visit what remains of the Castle in Pentedattilo, dating back to medieval times and built in defence of the various external incursions. The ruins mix with the rock and seem to be part of it; however, it is possible to visit the inside of the castle through a very steep staircase, from which we can distinguish the barrel-vaulted rooms and several rooms still covered, visible thanks to circular canals, below an area that was still paved.

The Church of the Saints Corifei Pietro and Paolo is also one of the beautiful sights to admire in this town: probably of Byzantine origin and with a single ship, it has a bell tower with a square base with two orders and in line with the church’s façade, in true Baroque style; the dome is in Byzantine style and the octagonal pinnacle is covered with ceramics. This church was a protopapal seat and numerous works of exquisite workmanship, housing the tombs of the Alberti family.

Among the events that bring the town to life, the Paleariza is a definite highlight, being one of the most important events in the Region and one of the most significant in Italy with respect to ethnic and popular music. A festival that is very keen on tradition, its first edition took place in 1997, still cheering the villagers and tourists every August not only in Pentedattilo, but also in all the municipalities of the Grecanica area. The Festival is divided into concerts, theatres, literaure, language, dance, photography, film, workshops, guided tours, publishing, crafts, hiking, and food and wine. An event awarded by the Ministry of Tourism in 2011 with the “Patrimonio d’Italia” brand, dedicated to cultural events that enhance and highlight Italian traditions to engage and welcome tourists. The Pentedattilo Film Festival is also a great event that takes place in the town, which hosts national and international short films. It is a big event for the Southern Italian film industry, which brings excellence to the area, enhancing the territory. The festival was born in 2006 and had immediate success, exhibiting an air of novelty and quality, turning Pentedattilo into a place of debate, culture, and interaction. 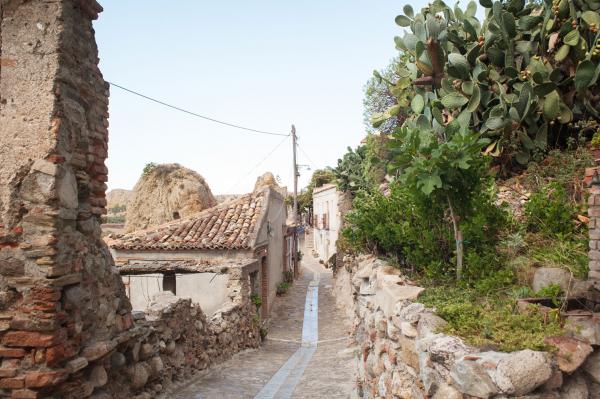 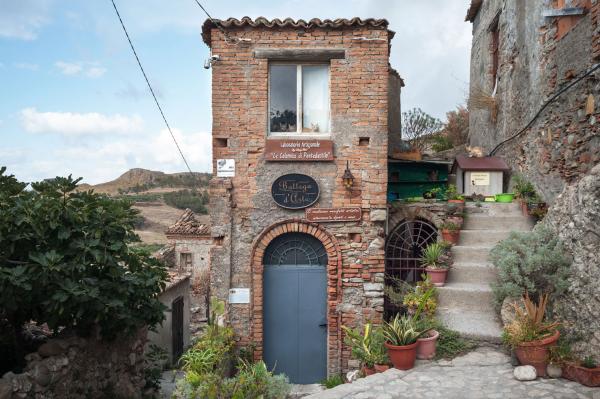 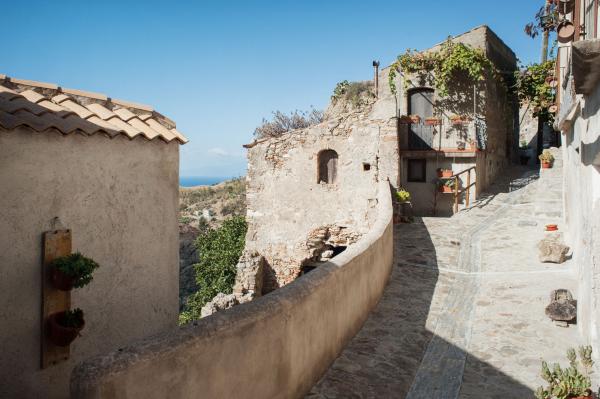 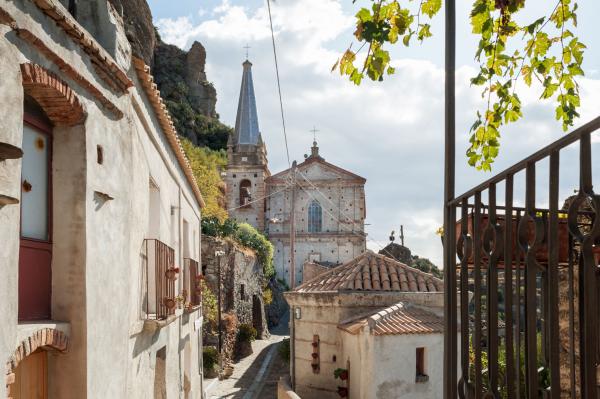 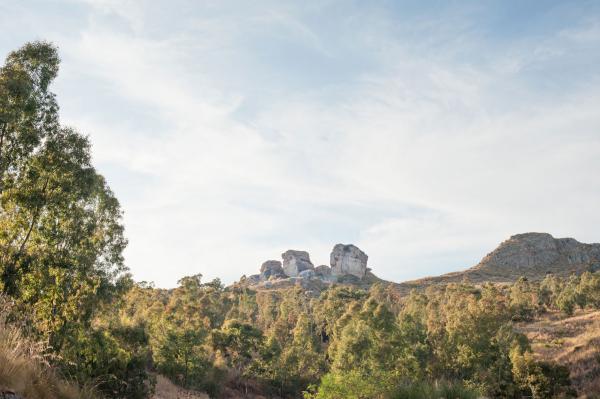 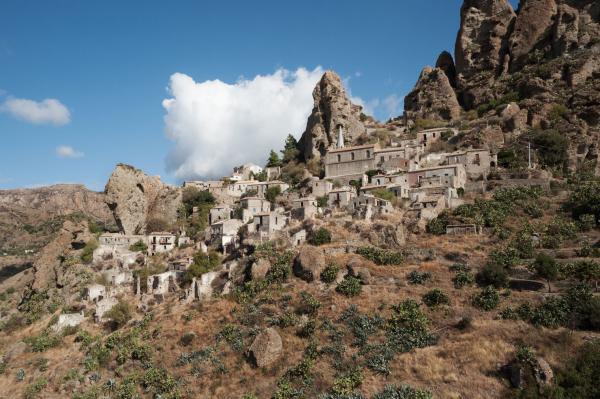 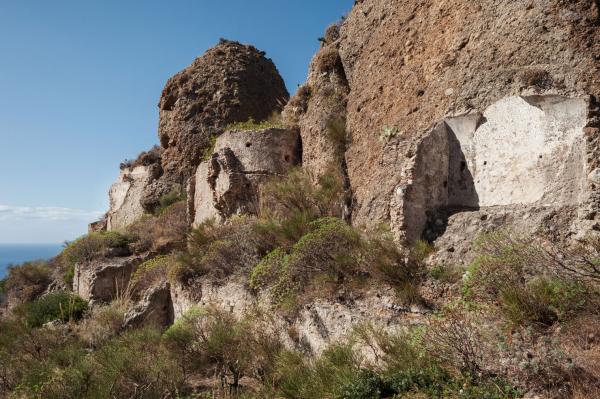 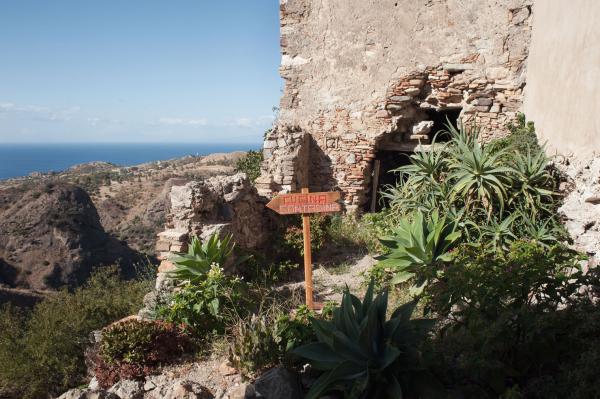 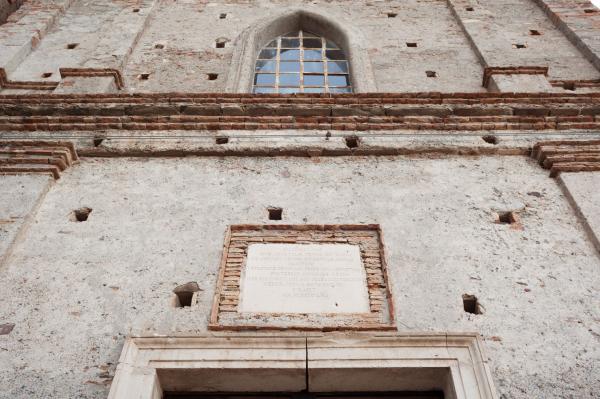 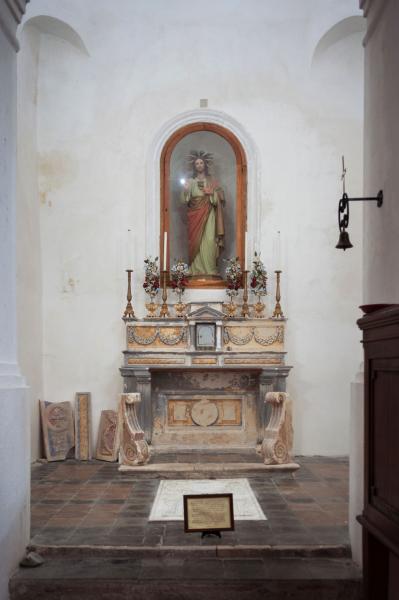 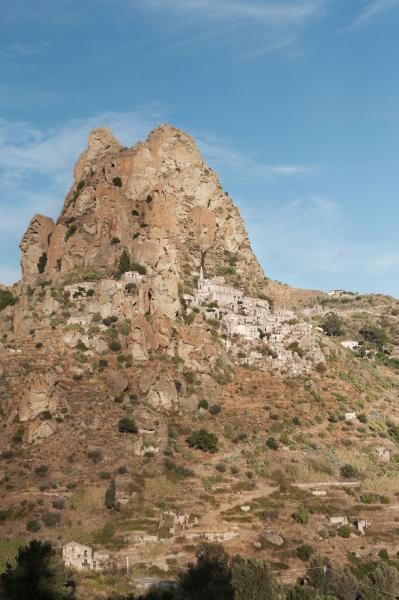 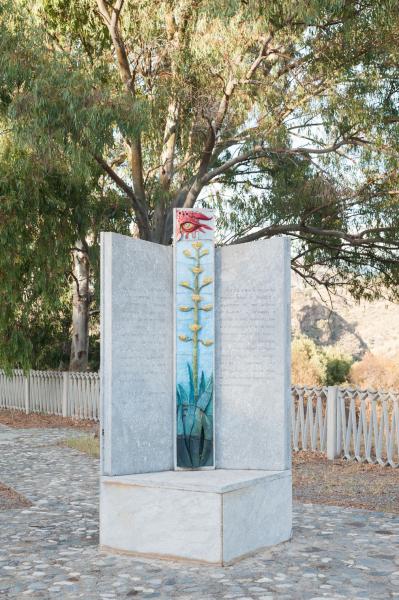 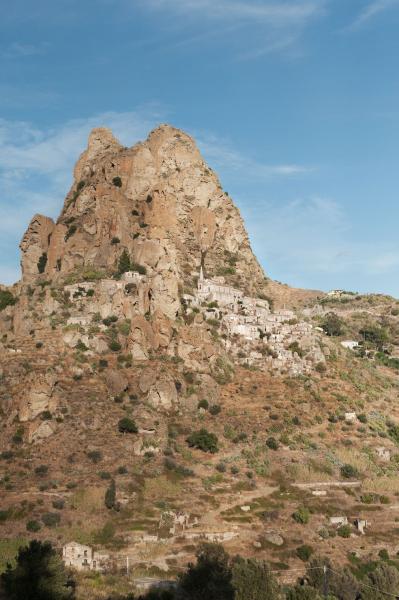 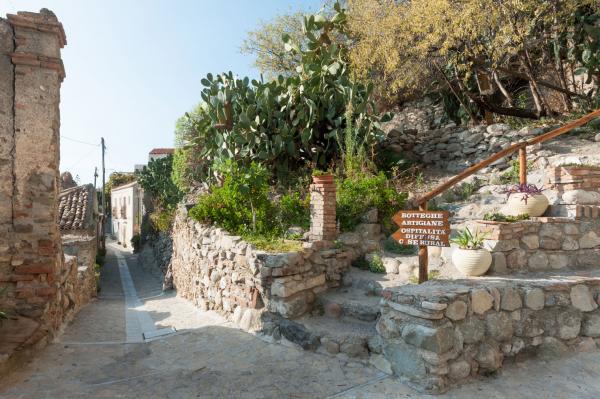 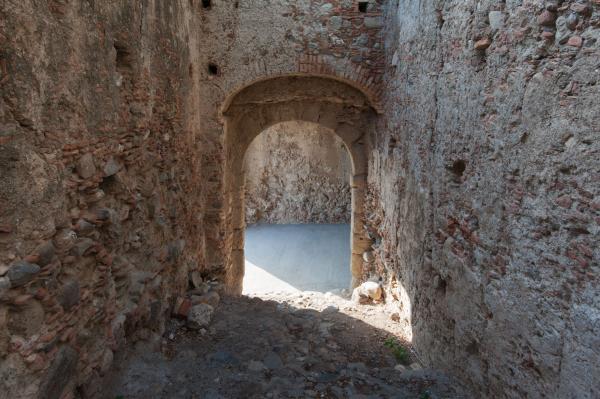 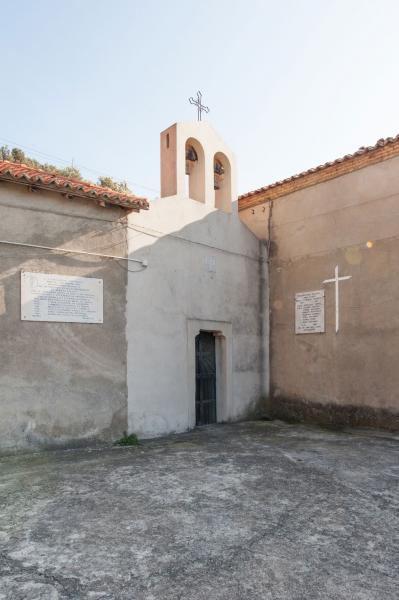 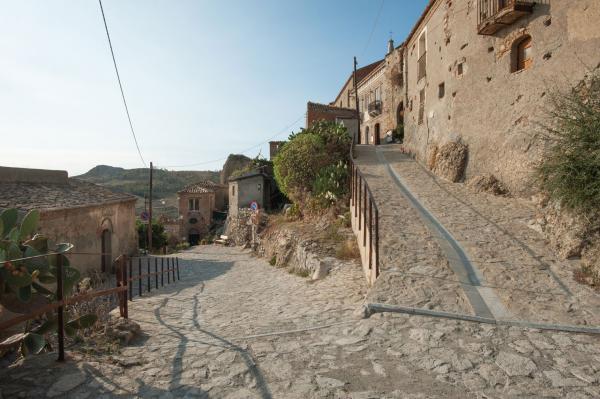 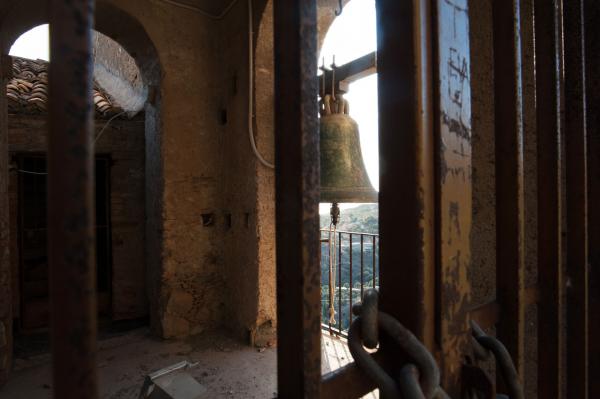 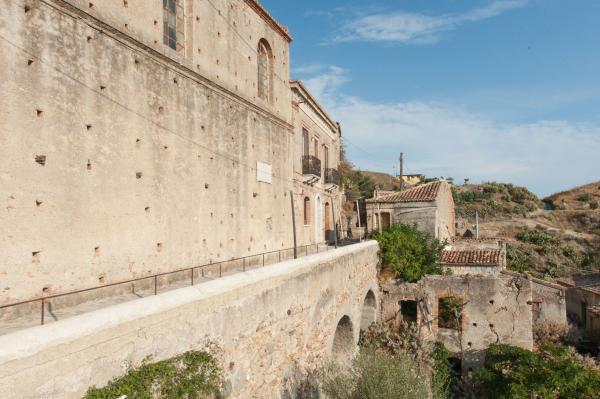 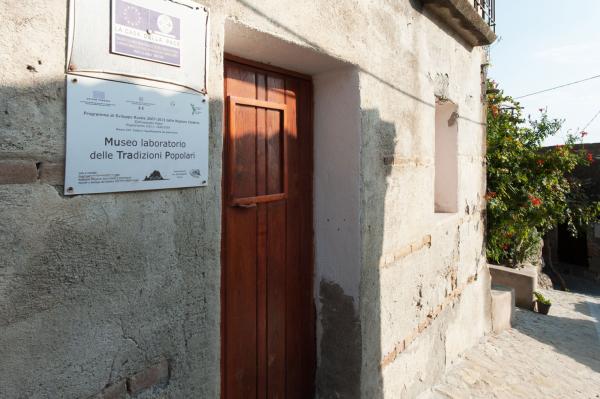 In the second half of the 17th century, the Slaughter of the Alberti was consummated in Pentedattilo, a tragedy that hit two Calabrian families: the Alberti, marquises of Pentedillo, and the Abenavoli, a former feudal lord of the village. Years of great rivalries ignited the tensions, which seemed to diminish in 1680 with the marriage project between Antonietta Alberti, daughter of the marquis Domenico, and the baron Bernardino Abenavoli, progenitor of the family. The hostilities remained only momentairly dormant. In 1685, Domenico Alberti died and Lorenzo, his son, took his place, who married Caterina Cortez, daughter of the adviser of the Viceroys of Naples. The news of the marriage reached Calabria and many came to celebrate the marquis Lorenzo in Pentedattilo and on this occasion Don Petrillo Cortez, brother of the bride, met Antonietta Alberti and feel in love with her. He therefore asked Lorenzo for her hand, and he agreed. Bernardino Abenavoli was furious at the news of this engagement and his pride felt so deeply wounded that he promised revenge. On the night of April 16th, 1686, he got his revenge, with the deception and help of an unfaithful servant of the Alberti family, inside the castle of Pentedattilo together with its armed men. He shot two deadly blows in his bedroom and finished with fourteen stabs. He then killed Simone, the 9-year-old brother of Lorenzo and Antonietta, throwing him against a rock. He saved Antonietta, her sister Teodora and her mother, but Don Petrillo Cortez was taken hostage to avoid retaliation. Bernardino brought both Cortez and Antonietta with him to Montebello Ionico, who were finally able to marry in the church of San Nicola three days after the massacre.

The news of the tragedy arrived at the Governor of Reggio Calabria, who moved the army to free the two hostages and capture all the perpetrators, condemning them to death. The baron, however, managed to escape and took his young wife with him. When the latter was shut up in a cloistered monastery, he escaped to Malta and then to Vienna, where he joined the Austrain army. He lost his life during a naval battle in 1692. Antonietta obtained an annullment from the Sacred Rota in 1690 and remained her entire life in the cloister consumed by guilt. This story has given birth to many legends, one of which tells that during winter nights, when a violent wind is raging, the screams of Lorenzo Alberti can be heard. On the full moon nights, instead, the voices of those who died in the massacre seem to be heard: they demand revenge from the afterlife.