Located in the centre of the Greek area, in a position slightly more inland than the Ionian coast and the gates of Aspromonte, Condofuri includes in its municipality several villages and hamlets linked to the language and culture of the Calabrian Greeks. The most important - Gallicianò and Amendolea – constitute a flagship for what concerns the language and traditions of the Greek minority of Calabria.

Condofuri features the typical plant of the towns belonging to the Magna Greek area, with a central agora in which the church that is part of all the streets of the village stands. Here, the Catholic mass is celebrated, but the Greek Orthodox rite also has ample space within the community. Condofuri was considered a subordinate centre compared to the neighbouring Gallicianò and Amendolea until 1811, when it was named the head of the area by a Bourbon edict, later reinforced by another law that detached the entire area from the province of Catanzaro in favour of that of Reggio Calabria.

Today the town has just five thousand inhabitants due to massive immigration abroad, northern Italy, and the city of Reggio Calabria following the inconveniences caused by the earthquakes of 1783 and 1908, the hydrogeological instability, and the economic depression. However, it is very populated in the summer months thanks to wealth of tourist offerings and the organisation of festivals like Paleariza, which involves the whole Grecanic area.

Gallicianò rises on the right bank of the Amendolea River, 621 metres high and can be reached by following a curved path that offers a breath-taking landscape of which the vision of the same village is the protagonist: it seems almost to move towards a small manger of golden stones set in Aspromonte.

Once in the main square, it immediately becomes clear that time has stopped here: the locals, who have maintained the Hellenophone tradition, are hospitable people that manage with care and attention what in effect is an open-air museum of Greek culture Calabria. You can have lunch in the village tavern featuring homemade cooking, where you can count on a charming terrace overlooking the Amendolea valley, and you can negotiate to rent one of the many houses left empty because of immigration to the cities, spending a few nights here. You must visit the Ethnographic Museum, the Orthodox Church built in 1999 by the architect and artist Domenico Nucera, the House of Music, and the Fountain of Love.

Here there is a real passion for the tarantella and music in general is nurtured to the point that Gallicianò, despite being populated by just 61 people, is known as the capital of music. Music, singing, and the arts in general have great importance for the village population, which has handed down these traditions for generations dating back to ancient times.

The Fountain of Love (To cànnalo tis Agàpi) of Gallicianò has taken this name because in ancient times engaged couples met here. When a boy decided to ask for the hand of a girl he met at the fountain, he placed a piece of charred wood in front of his door. If the family accepted the suitor, the stock – called ccippu – was brought into the house at night, otherwise the family’s father made him roll the log down the street. This custom is called cippitinnàu. 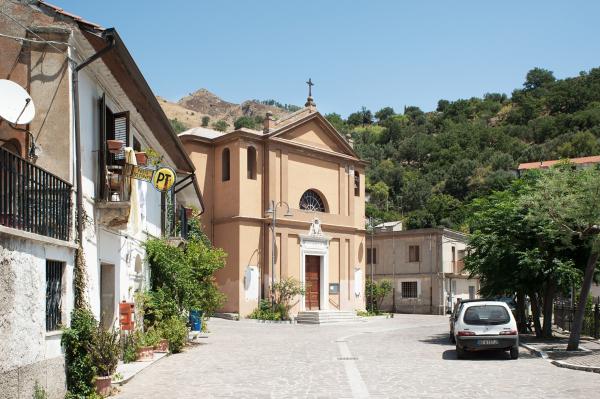 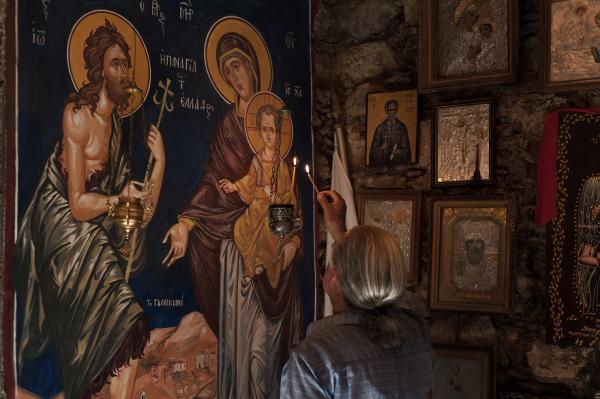 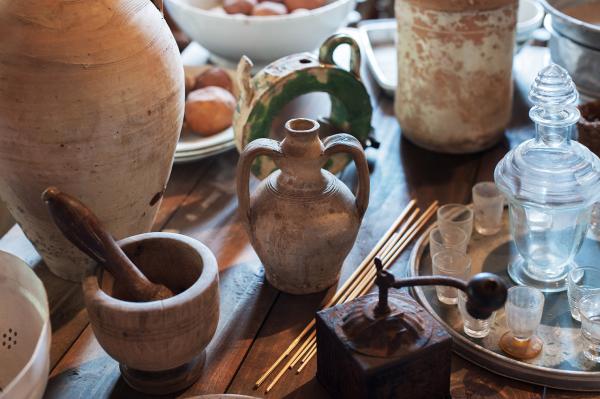 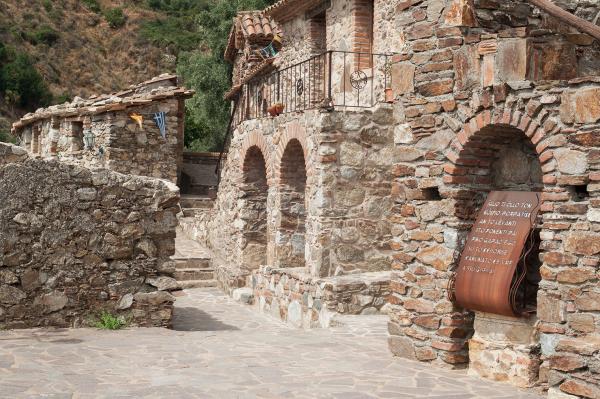 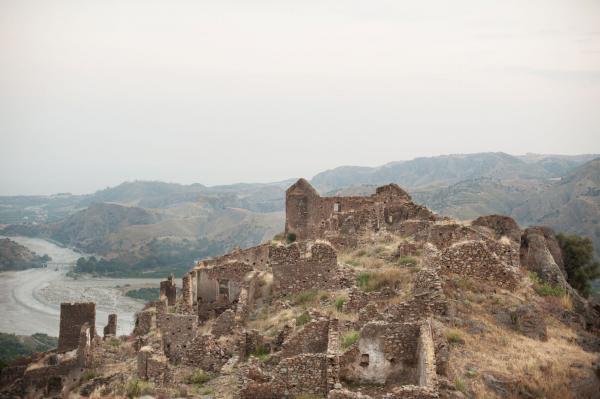 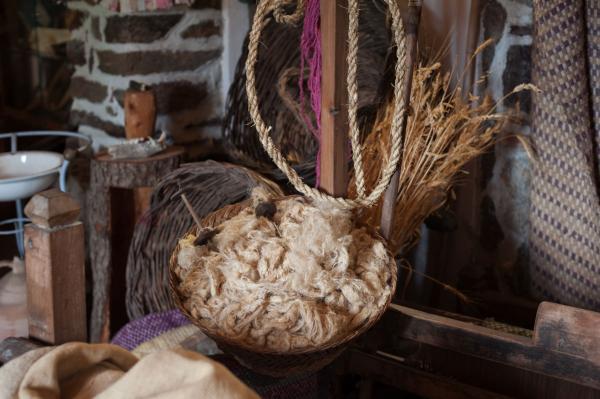 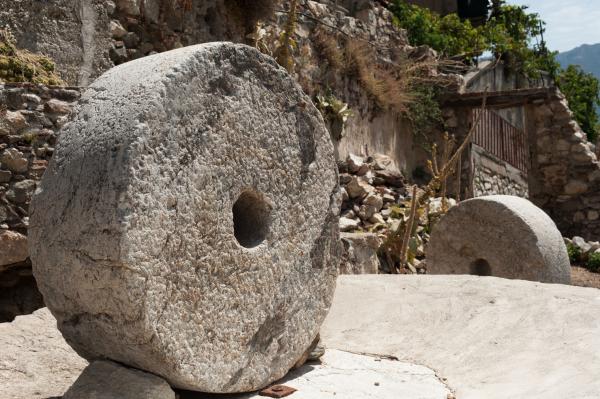 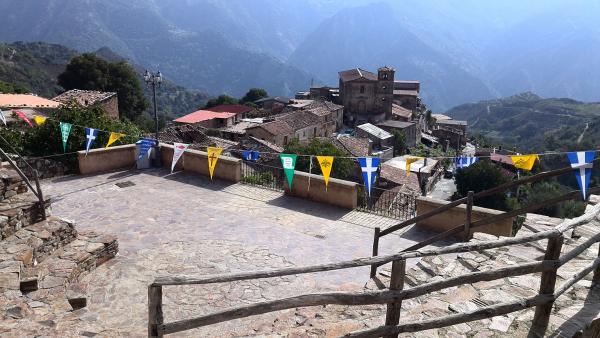 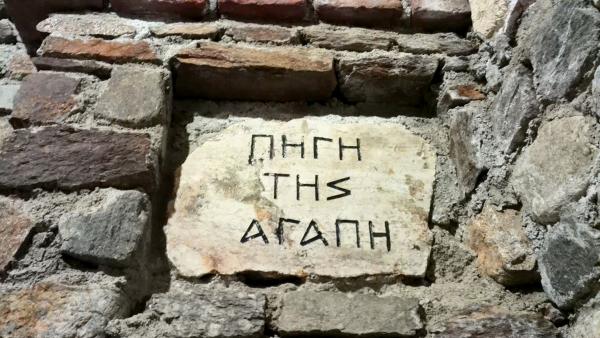 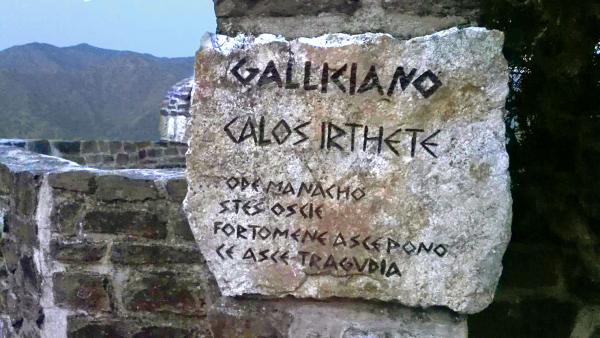 Amendolea (from the Greek αμύγδαλα, almond) takes its name from the important river that rises on the Aspromonte to throw itself into the valley of the same name where it joins with the Mint, but also from the family that in ancient times held its dominion and from the trees that in archaic times grew on its banks.The town, which in the Middle Ages was politically very important for the valley, but since 1811 has been a district of Condofuri, rises on a rocky spur halfway between the earth and the sky from which the rocca di lupo peninsula is visible.

Amendolea is divided into a more modern part of the foot of the mountain and into an older section, called Amendolea Vecchia, which climbs on the Aspromonte and was gradually abandoned after several natural disasters including the earthquakes of 1783 and 1903 and the flood of 1956.Exploring the old part means getting lost in a surreal walk during which it is possible to observe the signs of time and weather on the strong stone walls of Castello Ruffo and the surrounding houses. Old Amendolea has never been restored nor is there any control or organisation surround it, so it is possible to explore the ruins with great freedom.

There are several paths nearby that are ideal for trekking and lovers of outdoor life, one of which is the one that, along the Amendolea river, leads to the Maesano falls.