Bova is a village with legendary origins: in fact, legend has it that was founded by the Greek queen Oichista, who impressed the perennial memory of this on the sole of his foot on the top of the fortress where the castle stands today. Thanks to its history, culture, and architecture, it is a unique village that has an important mark over the centuries. Bova has been identified as one of the ten most beautiful villages in Italy.

It is assumed that Bova originated in the Neolithic era, as evidenced by many archaeological findings that date back to that time found near the Norman Castle. Many written accounts present us with a Norman, Arab, and Byzantine Bova, cultures that were fascinated by the importance of the role it played in the Greek era, when Bova was a fortified centre between the two cities of Reggio and Locri, and for the protection it could offer in case of raids from enemies of the sea. Like most of the municipalities in this area of Calabria, Bova also has a fortified fortress overlooking the Ionian Sea.

The remains of the castle of Norman origin, which dominates the town, preserves the ancient myth of the “Orma della Reggina”. According to legend, in fact, if the foot of a girl matched perfect with that of the founding Queen, the rock would open up by letting the girl discover the guarded treasure.

After becoming an autonomous diocese at the beginning of the 10th century, this seat was one of the last to be Latinised by the Catholic church, managing to maintain the Greek-Byzantine rites until the 16th century (1572). One of the curious aspects of the Bova village dates back to this period, when most of the architecture that can still be admired today was built. In Bova, there is also a precious series of 16th century sculptures, such as the Virgin and the child by the sculptor Bonanno, kept at the Cathedral of Santa Maria dell’isodia.

The cathedral of Bova is situated in an apical position with respect to the rest of the historical centre, standing in close contact with the rocky point of the ancient castle, to symbolize the town powers, secular and religious, which for millennia have dominated the entire area.

Reached through the Piazza del Municipio through the narrow alleys that are characteristic of the village, the cathedral has a planimetric plan featuring a basilical shape with three naves, originating from the first nucleus built in the 9th century, which was later enlarged and transformed.

The central nave, with a wooden trussed ceiling, closes towards the east with an elongated choir, situated at a greater altitude, which is accessed through a wide staircase. At the bottom of the apse is the imposing altar surmounted by a niche in which the statue of the Virgin and the Child is preserved. The side chapels open along the two minor naves that ended with the two large chapels of the Assumption and the SS. Sacrament.

According to hagiographic texts, San Leo was born in Bova at the end of the 11th century.

The Church dedicated to him at Bova was built at the end of the 18th century on the ruins of a previous structure. There is the chapel of the relics inside, which houses the bones of the hand, feet, and skull of the saint. Also, on the high altar is a white marble sculpture depicting San Leo, a work of exquisite workmanship attributed to Rinaldo Bonanno or Pietro Bernini (1582).

A unique characteristic of Bova is the persistence of the Greek language (a form of dialect that has remarkable similarities with the dialects of Crete and Cyprus), a fact which, together with the other villages of the Bovesìa (Gallicianò and Roccaforte, for example), makes these places heritages of humanity worthy of being safeguarded.

Over the centuries, various scholars have dealt with the origin of the ancient Greek idiom. Some claim a Byzantine origin, such as Giuseppe Morosi (1844-1890), which others instead support its Magno-Greek origin. It was precisely in the last century that studies conducted by the famous German linguist Gerald Rohlfs (1892-1896) on the communities of Bovesia speakers have scientifically explained the long duration of the ancient koine. This work resulted in several important publications such as, “Scavi Linguistici nella Magna Grecia”. (“Linguistic Excavations in Magna Grecia”). According to Rohlfs, the presence of ancient Dorisms in the lexicon of the Bovesìa language would inevitably make it go back to the Magno-Greek period (where the spoken dialect was Doric).

Rohlfs, who chose the Greek area as his elective home, Bova today dedicates a large ethnographic linguistic museum where it is possible to experience the various stages of the history of the Grecanico through an immense experience.

In addition, for those wishing to learn about this wonderful language, some associations organise immersive summer courses (To ddomàdi greco - La settimana greca – The Greek week) with the aim of making it known to everyone and promoting it.

It has been possible to admire the impressive 740,054 steam locomotive in Bova since 1987 in Piazza Ferrovieri d’Italia. This symbolises and pays homage to the Bova emigrants, who left the village using the Ionic railway, which passes along the Ionian coast in the nearby Bova Marina. 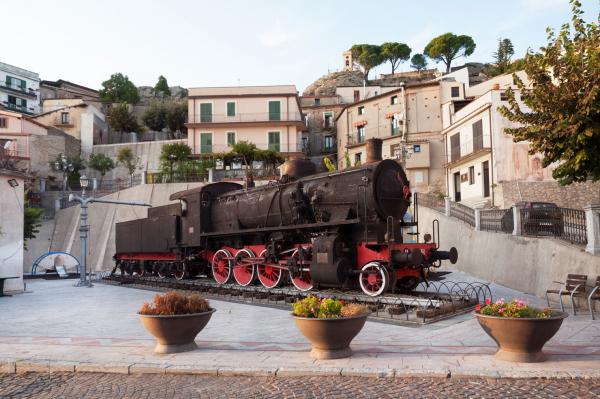 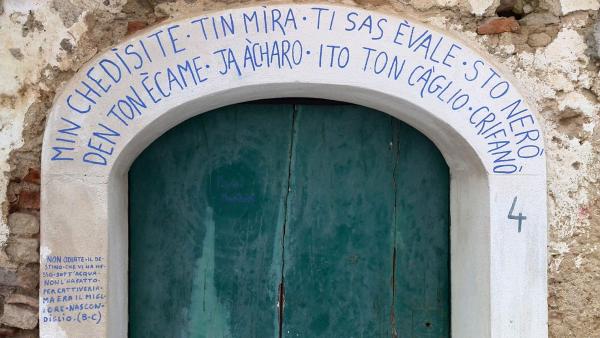 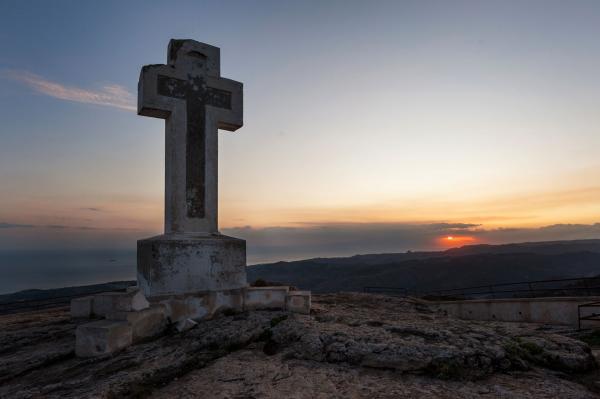 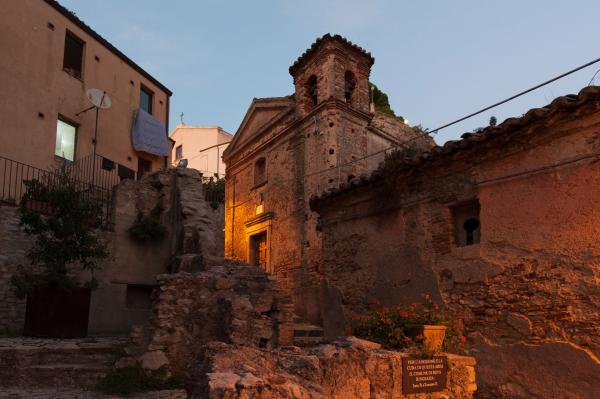 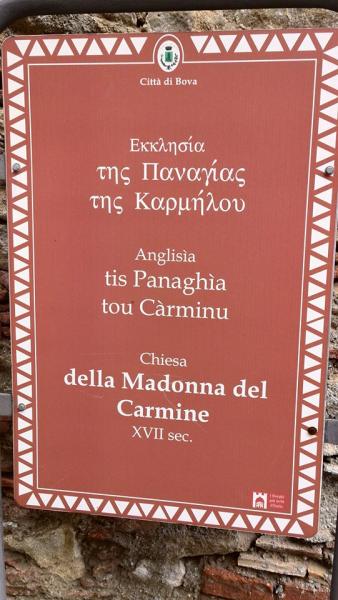 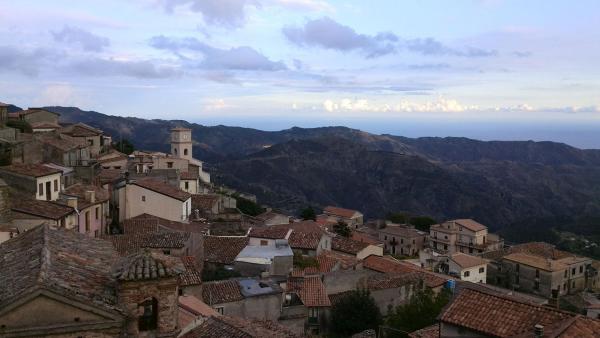 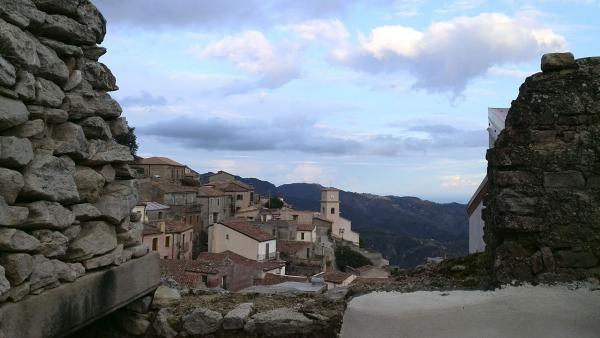 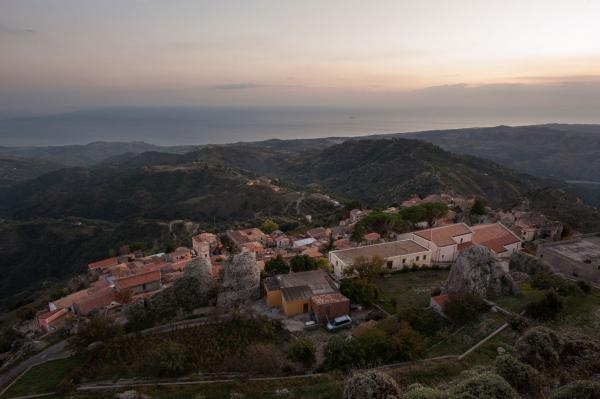 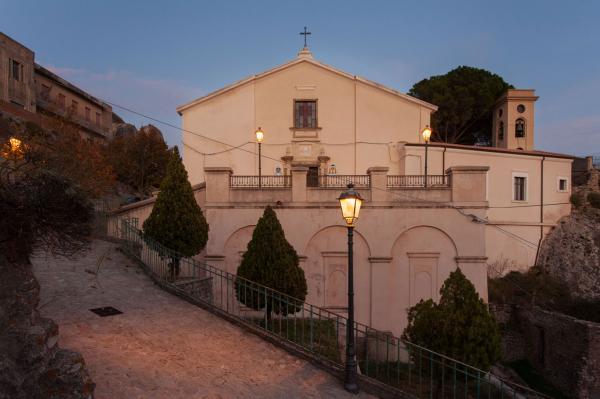 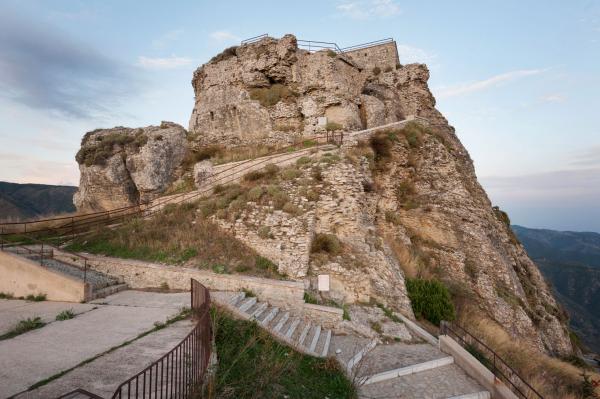 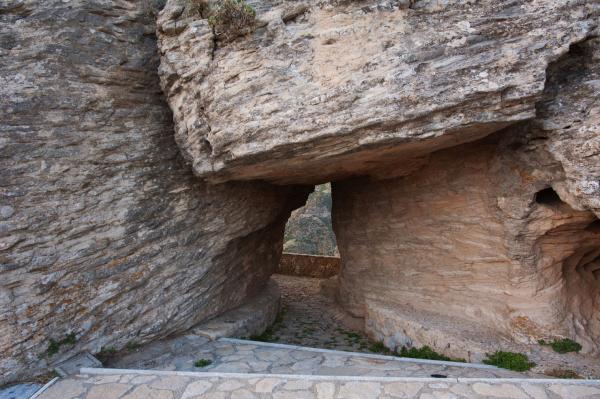 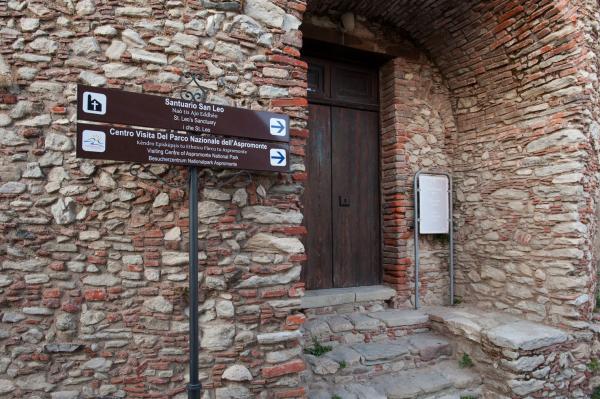 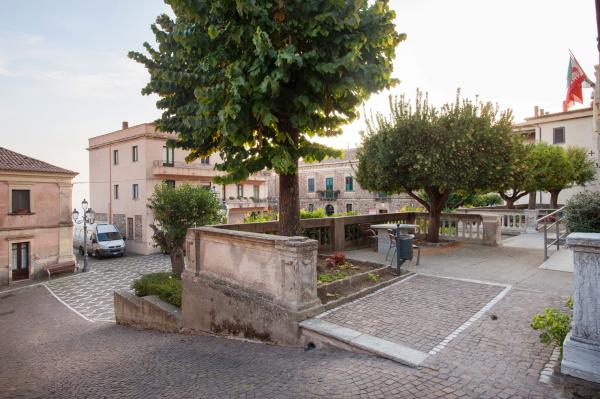 The link with tradition

Bova jealously preserves ancient traditions and craft traditions, including weaving and woodworking. Using natural methods to derive the elements to be woven from wool, linen, cottom, and broom, artisan women weaved and embroidered in ancient looms, producing the beautiful woollen blankets, typical of the area. Another unique aspect of this town’s craftmanship is certainly that of woodworking, finely inlaid by local shepherds to build frames and other everyday objects, but above all, musulupare: the molds used to produce the typical Aspromonte cheese.