Staiti is a small town with just 221 residents, located in the lower Jonio area of Reggio in the extreme southern border of the Aspromonte National Park. The village is perched on the side of Rocca Giambatore, a hill that opens up with a view of the wide valley of the Bruzzano stream. The first historical information dates back to the 14th century, showing that Staiti was part of the Brancaleone fief during the time it was governed by Geronimo dei Ruffo of Calabria. However, its origins might date back to the Byzantine period, as evidenced by the Greek linguistic legacies present in the dialect of the inhabitants and in the numerous archaeological finds found on site.

Recently established, the Museum of Italian-Greek Saints of Staiti, with its collection of Byzantine icons, is the real jewel of the village. It aims to complete a journey to recover the Greek Orthodox traditions of the community. It is accompanied by the Sentiero delle Chiese Bizantine, an open-air museum, with bas-reliefs scattered along the streets of the town, which recalls with an ideal itinerary the most important places and events of the Byzantine history of Calabria.

Among the memorable churches are the Chiesa di Sant’Anna (17th century) and Santa Maria della Vittoria (17th century), as well as Santa Maria dei Tridetti, the symbol of Staiti. It is a Byzantine church whose origin is uncertain: legend has it that on the site there was a temple dedicated by the Locrian people to Poseidon, the god of the sea, with this information supported by the discovery of a coin with the god depicted. Between the 7th and 8th centuries on the same site the Basilian monks founded a Greek church in honour of the Madonna del Tridente (a clear allusion to the divinity of the sea), then handed down in Tridetti through the dialect. The church is mentioned for the first time in a document dated 1060. Count Ruggero d’Altavilla ordered the allocation of part of the revenues to the Bova Chapter, which it depended on. The most curious will notice among the architectural elements of the church even older features, such as capitals and other traces from classical Greek or Hellenistic architecture.

Finally, the artistic door of Staiti should also be mentioned; this work of street art was created by the 2018 Civil Service, in collaboration with the President of the Staiti Pro-loco. The doors of some houses in the village have been painted and some sentences with important social messages have been written on them. 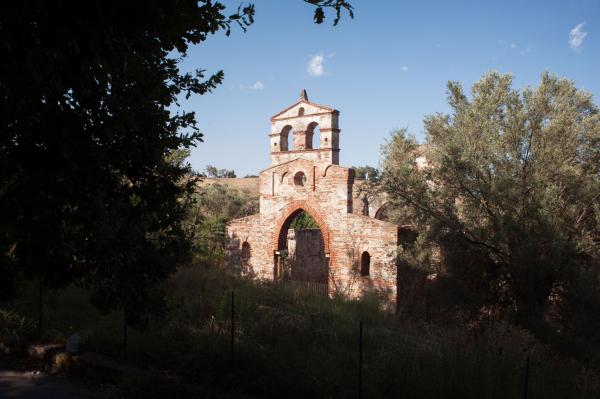 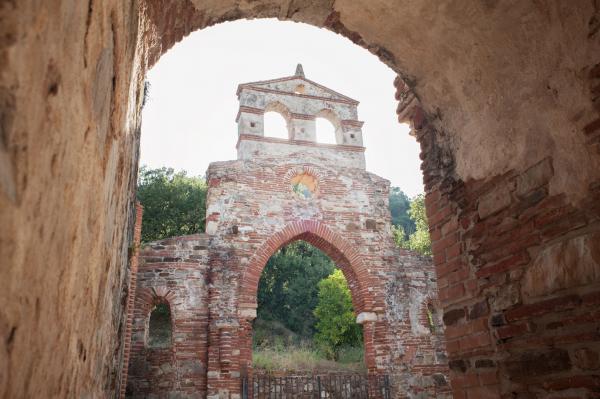 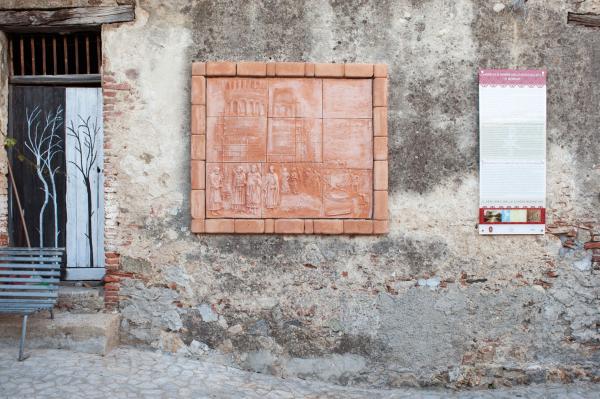 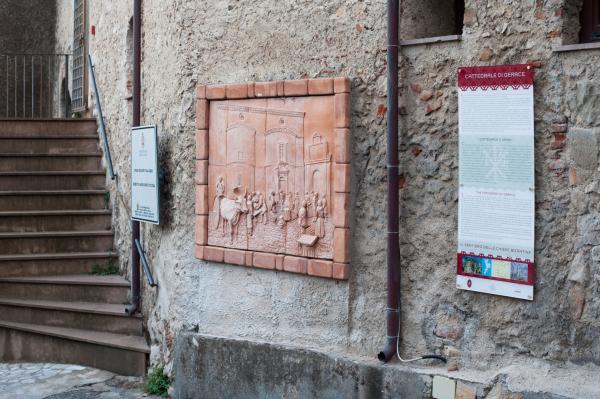 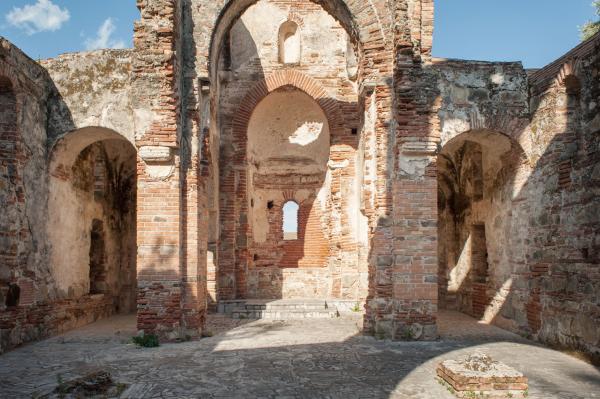