The great cultural and architectural history of Palizzi is combined with the strong flavours of Calabria. The town lies between the mountains of Grappida and Caruso, under the ruins of an imposing castle of which it is its symbol. The town is divided into four hamlets: Palizzi Marina, Palizzi Superiore, Pietrapennata, and Spropoli.

A story that comes from the sea

On the southern slopes of Aspromonte, Palizzi is a village steeped in history. It falls within the territory of the Hellenic area and was part of the region culturally and linguistically. The Jesuit Cesare de Cara argued that these coasts were occupied by the Heltei-Pelasgians from Mesopotamia, before the Greeks. To confirm this, there are some artefacts such as shards, vases, and typical dishes of that era. This territory was populated since ancient times, as it is rich and fertile: in fact, there is a mild climate, an abundance of spring and clay waters, which were worked to obtain crockery and bricks. Palizzi is a very important village due to its geographical position. The region where it rises, in fact, is the most extreme part of the peninsula, in what was once called Esperia or Enotria – respectively “land of the west” and “land of the good wine”—and which then took the name of Italy. The centre of the town is characterised by many Catoja, which in Calabrian dialect means underground environment (from the Greek kàto=below, ghèo=earth. katòghio in Greek), used in ancient times to preserve food over time and as a refuge during the invasions of foreign people. Today they feature recently built houses.

Edward Lear, English writer and landscape designed, wrote about Palizze in 1847: “we arrived (from Bova) to view Palizzi, a very strange city, built around an isolated rock, dominating one of the many narrow valleys open to the sea. Coming from the plateau, as we did, we arrived above Palizzi, whose castle is visible only from the north side, so, to get to the level of river and the lower part of the city, it is necessary to descend a perfect staircase between houses and pergolas, clinging in the true Calabrian style between cactus-covered ledges from rock to rock where they seemed to grow. No place more wild or extraordinary than Palizzi can attract the eye of an artist … We left this city at three in the afternoon … we started to ascend the Pietrapennata hills. On the north side, Palizzi appears entirely in different forms, and one of those is "Poussinesque" scenes of such exquisite and unique Italian character..”

The castle that dominates Palizzi Superiore is a National Monument for the Ministry of Cultural Heritage: an important ruin, therefore, that protected the town from the highest fortress. No one is certain of the dating of this castle, but a plaque states that it was already constructed in 1580. Over the centuries, the noble families who lived there, changing its original structure, have renovated it several times. However, the city walls and one of the two towers that interspersed them are still recognisable. Inside, the Colonna family coat of arms and the unique prisons carved into the rock can be seen.

Typical of this ancient village is Palizzi IGT, a well-known red and dry wine. Precisely for this reason, Palizzi has joined the National Association of Wine Cities. To signal the event “Calici di Stelle”, which takes place the night of San Lorenzo (August 10th) within the framework of the Paleariza Festival. The Catoja return to a new life together in the cellars of the village to allow for the tasting of typical village products in the name of entertainment and folk music. 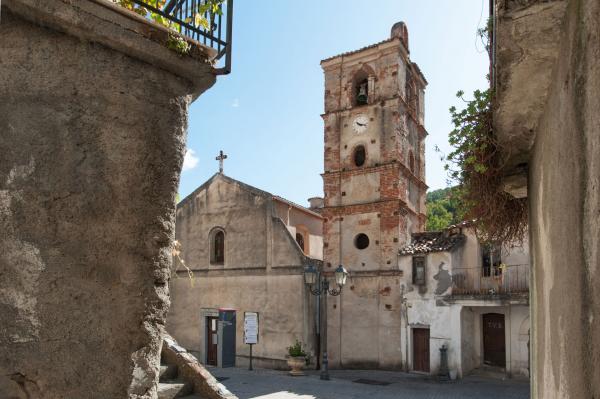 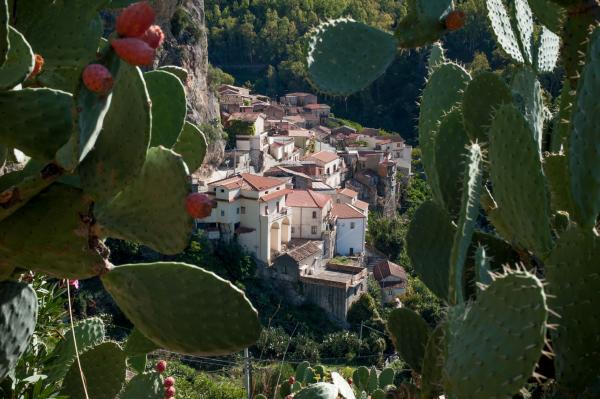 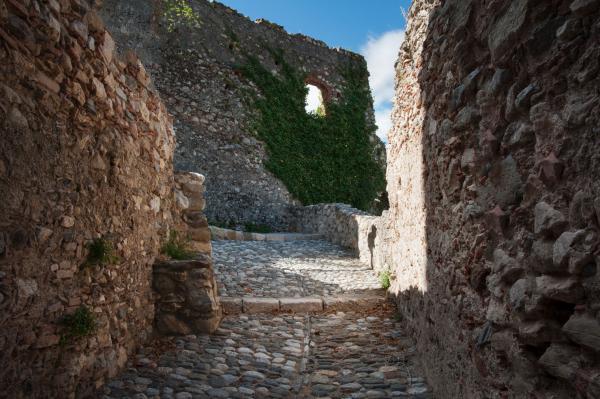 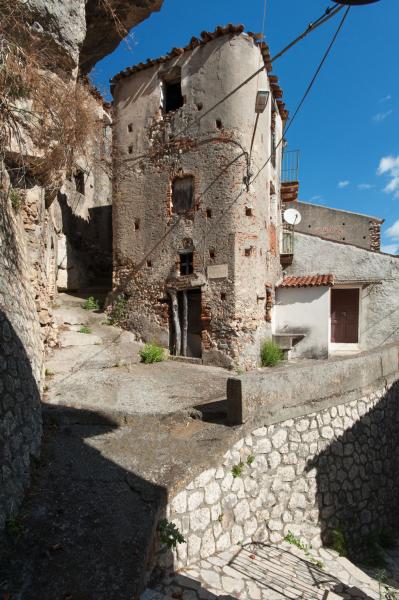 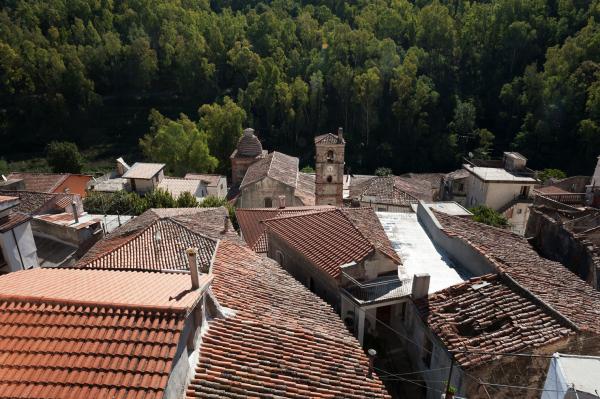 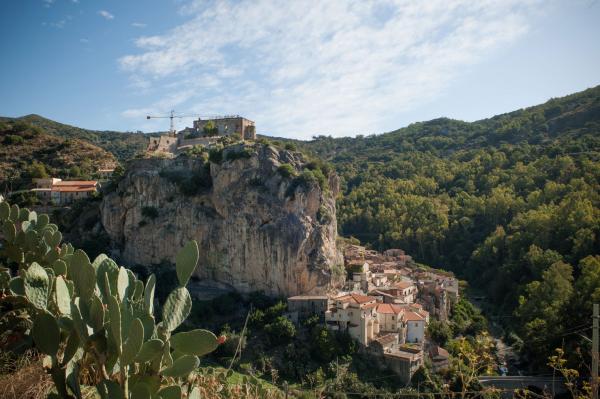 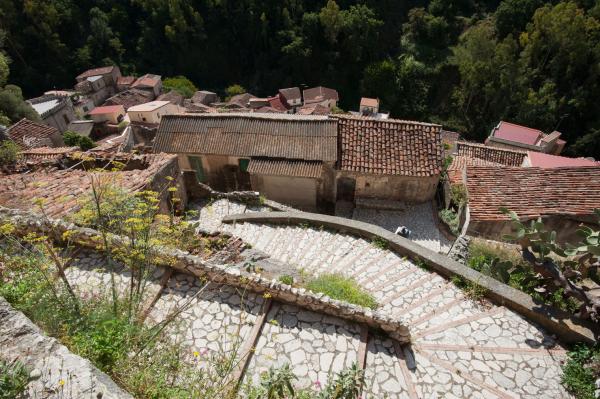 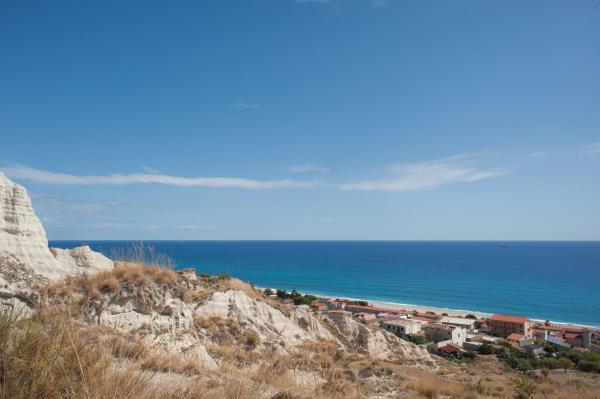 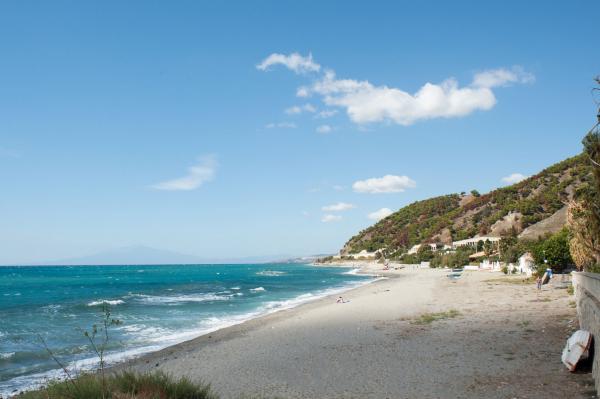 The charming districts of the village

The three districts of the town of Palizzi are very interesting and are of great beauty: Palizzi Marina, Pietrapennata, and Spropoli. Palizzi Marina is the largest village, which has become famous thanks to its magnificient beaches, a great tourist attraction. You can get here comfortably by train, staying in a characteristic accommodation and admire the crystal-clear sea in front of an excellent and typical cuttlefish ink pasta dish. Pietrapennata, a district 673 metre above sea level and the closest to southern Aspromonte, is one of the most suggestive towns from which a mangificent panorama can be observed. Palizzi was greatly appreciated by the landscape architect Cosomati, who in his “Italian Illustration” of 1927 published an entire photo shoot dedicated to this village and in particular the Church of Santa Maria dell’Alica (whose feast in its honour is celebrated every 8th of May) and to the marble statue of the Blessed Virgin with Child in her arms. It is now possible to admire this work in the Parish Church of the Holy Spirit. Spropoli is instead a small village very close to the sea, not far from the Promontory of Ercole (Capo Spartivento). It is known as “the village of the marble hills in the valley of the oleanders.”