The origins of “Nuova Taureana”

The municipality of Taurianova was officially born in 1928 from the union of three small, pre-existing villages: Terranova Sappo Minulio, Radicena, Jatrinoli and the assignment of a series of villages and districts including San Martino, Amato, Pegara and Scroforio. According to historical tradition, all these inhabited villages were founded by refugees from the ancient coastal city of Tauriana, destroyed by the Saracens in the 10th century AD. Specifically, among these, the village of San Martino, which in the Middle Ages gave its name to the current plains of Gioia Tauro, called Plana Sancti Martini and during the 11th, 12th, and 13th centuries, played an important political and religious role throughout Calabria. In fact, Ruggero il Normanno (“Roger the Norman”) celebrated his marriage with Giuditta di Gautmesmil, in the castle of which only a few ruins remain, elevating it to a district at the same level of Gerace, Mammola, Oppido, and San Giorgio.

The ancient nuclei of Radicena-Jatrinoli

The origins of Radicena can be traced back to 1050, the date when the nun Kometo was donated, Giovanni’s widow, descendent of Elia Erotikes, to the church of Oppido Mamertina. The eminent Byzantinologist Andrè Gouillon had demonstrated, through documented sources, the existence of the Santa Lucia monastery, thus testifying to the existence of this housing nucleus since the Byzantine period. The famous German linguist Gerhard Rholfs, at the same time, wrote that the name of Radicena derived from the late Latin word (root), and that of Jatrinoli from the Jatrinuni and Jatrinni dialect that seem to have sprung from Jatridoni, descendants of the Jatridi family, who were of Greek origin.

The city of noble palaces

Taurianova has many noble palaces, famous for their portals. Among these, the following stand out: Palazzo Zerbi from 1786, inside which the 18th century church of San Nicola stands, with a splendid Baroque windowed portal; Palazzo Loschiavo di Pontalto, now the headquarters of the Carabinieri Police force; Palazzo de Leonardis, and Palazzo Contestabile in the Jatrinoli district. 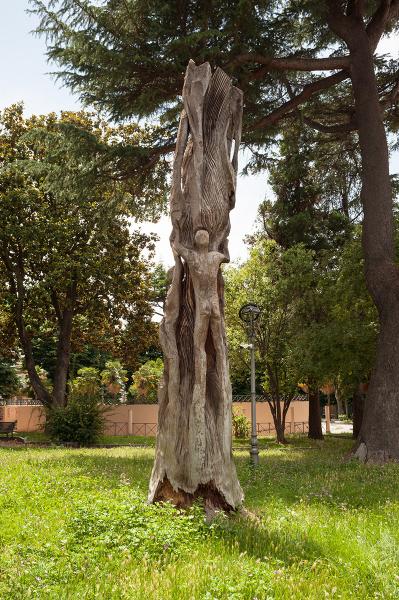 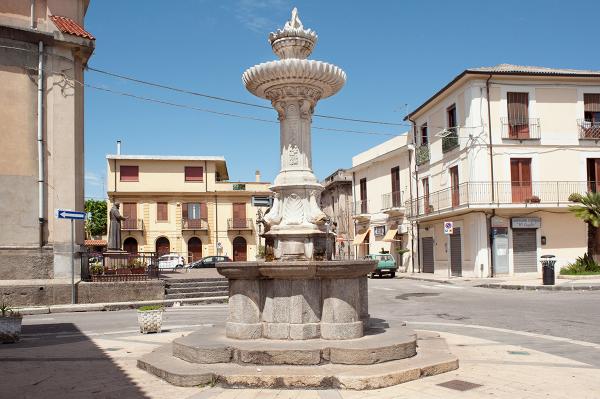 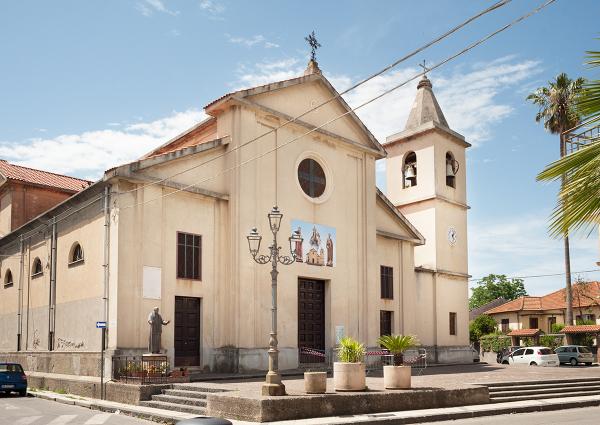 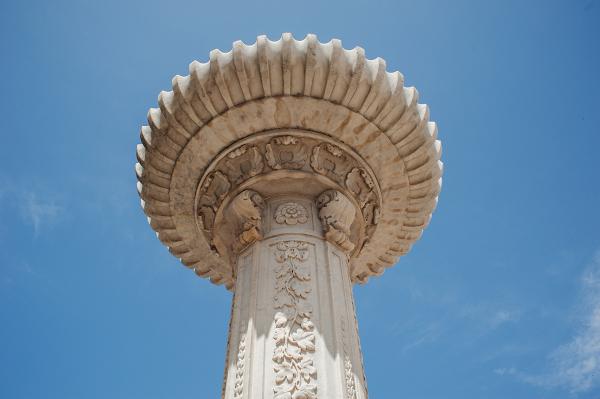 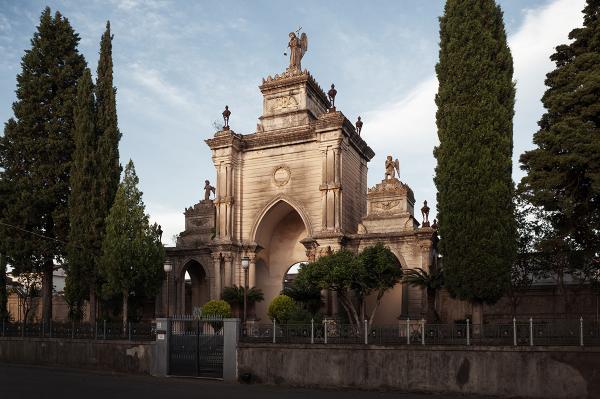 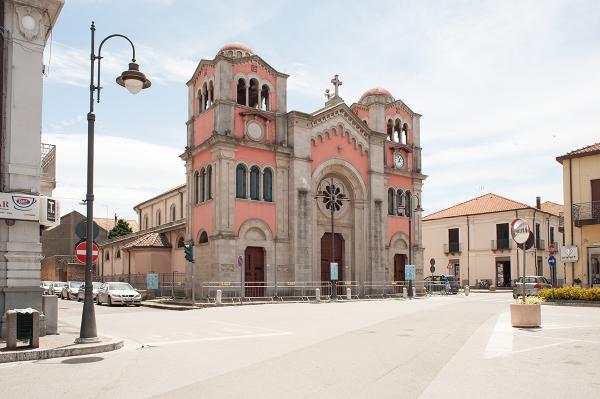 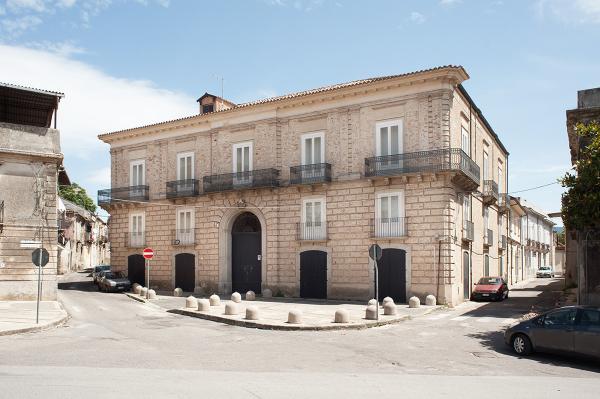 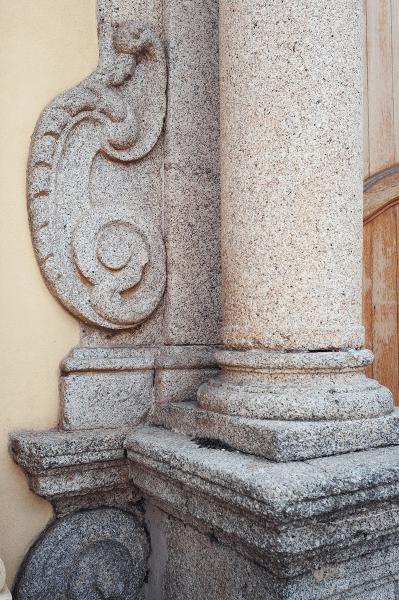 The Mother Church of Santa Maria delle Grazie, is the largest cult building in the village; the facade is decorated with small arches and a rose window flanked by two square bell towers. Inside, the numerous sacred statues and two bronze bells from churches destroyed in the 1736 earthquake can be admired. .

The Chiesa del Rosario (Church of the Rosary) is instead the oldest; first dedicated to San Basilio and immediately after Santa Maria della Misericordia, it was founded in 1537. Emperor Charles V stayed in the Dominican convent attached to the building. In 1908, the church was damaged, but was soon restored. The architectural structure of the building feature neoclassical tendencies. The paintings of the Virgin of Pompeii and the altar dedicated to the Madonna del Carmine are the work of Michele Bacillari of Serra San Bruno.

In Jatrinoli, the Chiesa dei SS. Apostoli Pietro e Paolo (Church of the Apostles Peter and Paul) is rich in art, consisting of three naves with a dome in the intersection of the arms. Deprived by various earthquakes, it was demolished by the order of the Royal Civil Engineer, keeping only its perimeter walls, the internal walls of the choir, and sections of the pillars of the central nave. The building was rebuilt with the framework of wooden membranes, forming a complete reinforcement on its own from the foundations on the roof. Among the important works preserved, there is a marble statue attributed to an unknown artist from the 1400s or 1500s, which was found in the ruins of the parish church of Bracadi, a village that stood near the ancient Muscimini monastery. The most important painting is the one depicting Saint Peter, painted on a canvas representing the saint’s repentance. The effigy is a rough shepherd, who, sitting with his muscular arms and naked up to his elbow, stretched on his abdomen and keeping his fingers in his hands, showing deep regret, while big tears trickle from his eyes down to his cheeks. Another statue is that of Saint Paul, in a painted wooden frame. The painting on canvas of Our Lady of the Rosary is also valuable.

The feast of the patron saint: story of a miracle

At the end of 1800, the miracle of the Madonna della Montagna took place in Radicena. The Latinist Francesco Sofia Alessio, from Taurianova, an eyewitness to the event, described it as follows: "It was on the evening of September 9th, 1894, the venerable image of Saint Maria della Montagna, patroness of the city of Radicena, was exposed in the church to the veneration of the faithful. The festival had been celebrated the previous day. It was 7 o’clock in the evening and a certain Ambrogio Incarnato, a Neapolitan shopkeeper, while looking at the face of the Madonna, realised that the statue’s eyes were moving with singular vivacity. He attracted the attention of the bystanders, who shouted at the miracle. The Madonna was carried in solemn procession while moving her eyes up and down, and left and right. I was 20 years old and my eyes were clear and sharp, and I was able to observe the movements of those divine pupils in every way. I saw those eyes, which now rose towards Heaven, now lowered towards the earth, and turned towards all the pour souls, who, frightened, prayed.”

From that day on, Taurianova consecrated itself to the Madonna della montagna, elevating her to the patron saint of the city, annually celebrating her cult in the triptych of September 7-8-9. The feast, with the traditional “U ‘Mbitu” (the invitation) comes to life in the square in front of the patron’s church; here, starting from nine days before the start of the celebrations, the so-called novena, the ritual of the “luppinazzi” (lupins) whose beams are lit directly by the mayor, is renewed every year. The fire, which has always been considered a propitiatory element in ancient peasant communities, was the best time for business, intensifying rural activities, trade, and the inauguration of new buildings.