Inaugurated in the summer of 2019, The Ceramics Museum of Calabria is located in the village of Seminara and is a candidate as the launching pad for the cultural revival of the small centre of Piana di Gioia Tauro.

The Museum, strongly desired by the Municipality of Seminara, aims to recover the artistic heritage and tradition of craftsmanship that has made the village famous all over the world.

The episode in which Pablo Picasso and the craftsman Paolo Condurso met, during which the great Spanish artist congratulated Condurso for the artefacts that he created in Seminara, remains famous. The museum, financed with regional and European funds, is part of a larger project that includes the redevelopment of the Borgo dei Pignatari and promotion by the Artigianato Gusto e Mestieri in the Costa Viola area.

The goods are spread over three rooms, which contain ancient and modern finds. The collections, donations, and exhibits are part of an organised itinerary, leading visitors through a fascinating journey into the magical imagination of the Calabrian region. Here, you can admire a great variety of traditional figures.

Of great interest are the masks of babbaluti, which are anthropomorphic bottles. They are often equipped with a rear handle and have a very deep meaning. The Ceramists, in fact, intended to represent powerful duty in them, from the Spanish gendarme, to the Bourbon soldier, up to the local squire who demanded the earthly products for his protection. Other characters are linked to ancient legends, such as the beauty and the bandit, the friar, and the young and the old. Then there are the apotropaic masks depicting monstrous faces, equipped with horns, which feature a thousand-year iconography that is linked to pagan cults. Their monstrous features had the task of chasing away evil spirits from the houses, where they were posted above or next to the entrance door. Other typical forms are the hedgehog, cone, mermaid, cornucopia, and fish.

Also noteworthy is the famous gabbacumpari, also known as “drink if you can”. It is a type of ceramic wine jug from which you could drink only by after revealing the deception they concealed. It was used in convivial banquets as a goliardic moment among men. This type of game was also widespread in Sicily.

Another typical object of the seminarian ceramics is the annular flask, usually featuring floral decoration. Its success is said to have been due to its shape that made it portable on the arm, leaving the farmer’s hands free. The first forms were in fact made in simple terracotta, but over time it became a highly appreciated decorative element. 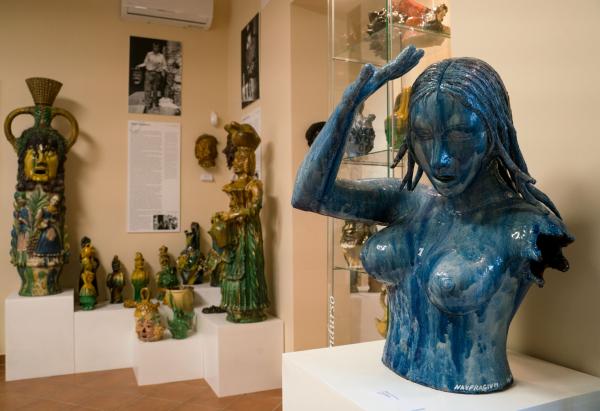 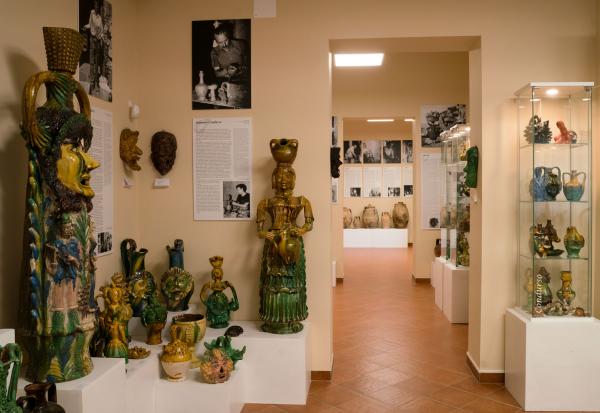 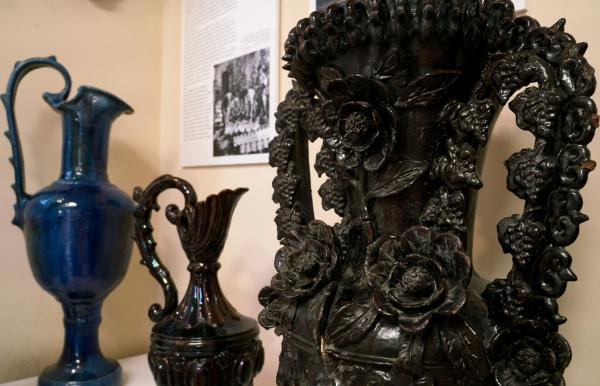 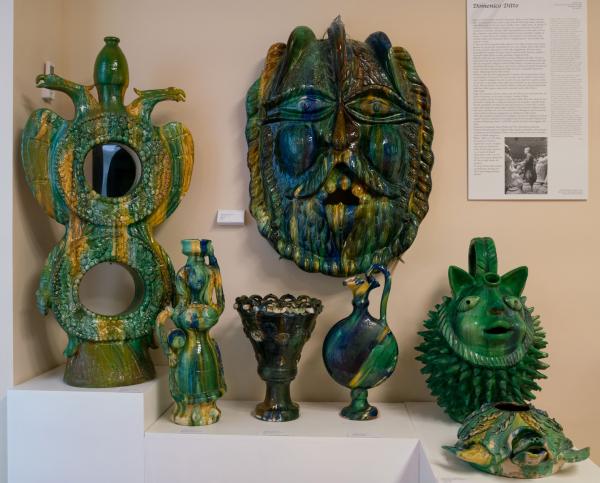 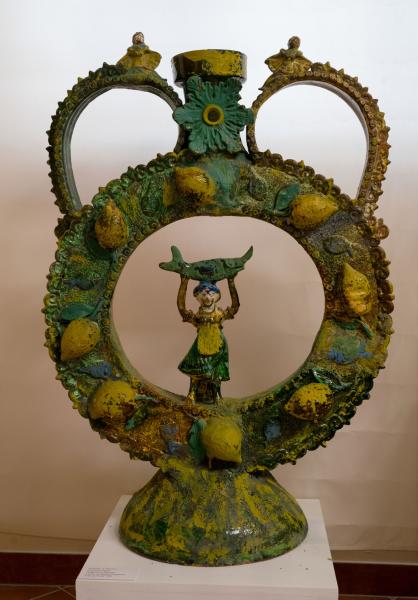 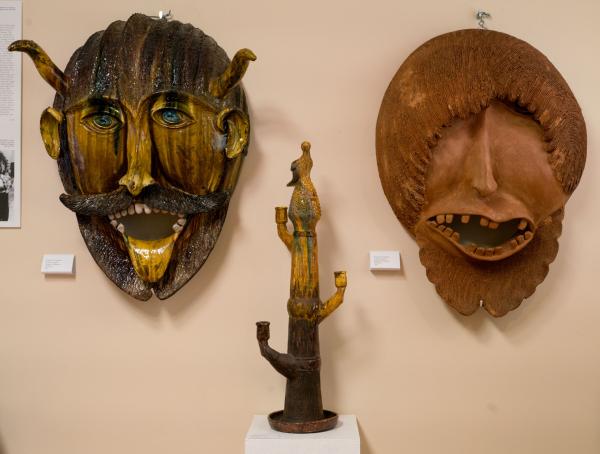 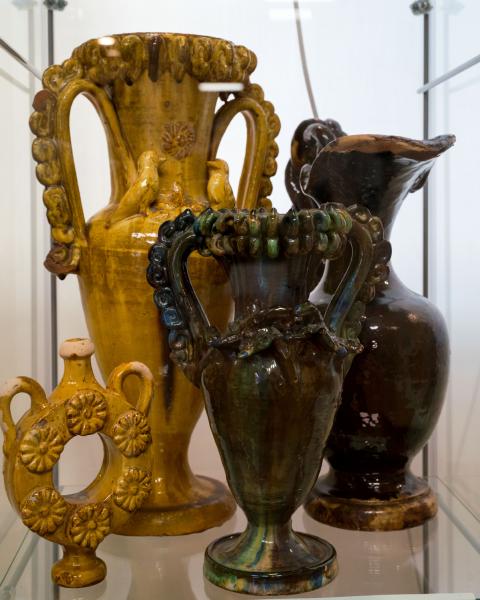 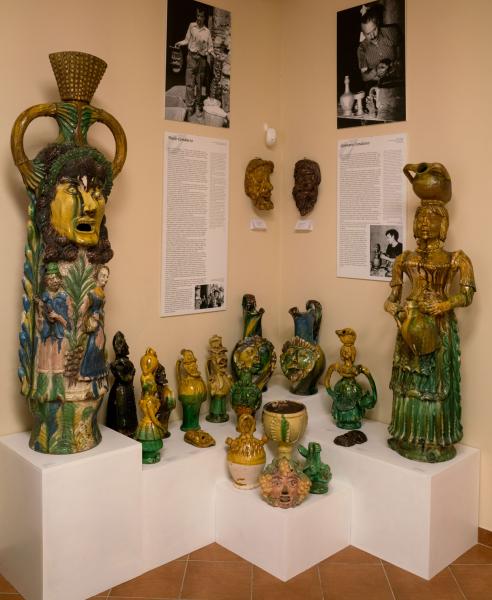 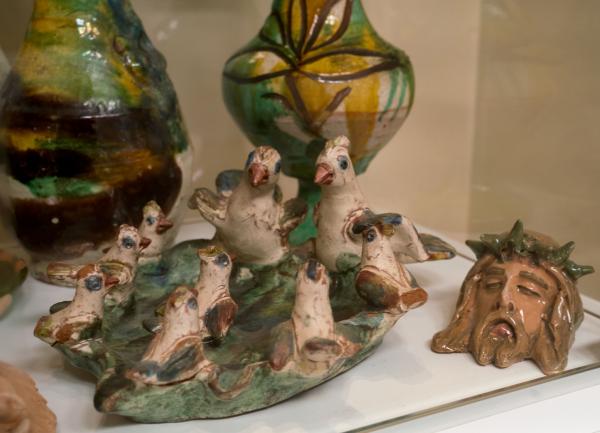 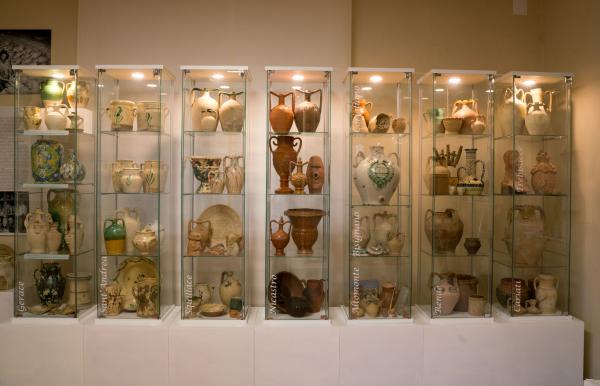 The ancient art of the pignatari

In Seminara, the local potters, called “pignatari”, produced ceramics by following the ancient techniques with Byzantine origins, keeping the kilns fed with olive stones active. Among the historical families that have dedicated themselves to this art over decades, the Condurso, Ditto, and Ferraro families must be mentioned, who are still active in the area.

The anthropological value of the ceramics contained in the museum is extraordinary. In addition to telling the story and beliefs of a people, it provides a historical connection with roots in the Magna Greek period leading up to modern times, which remains almost intact (the materials and colouring techniques are the only things that have changed). Although the Museum reserves a lot of space for the ceramics from the village, it is the Calabrian ceramic art that is represented through an excursus that traces through past centuries. In the first two exhibition rooms, in fact, there are objects and artefacts divided by the town in which they were produced, including Squillace, Seminara, Mileto, Tropea, and Vibo Valentia, a collection that preserves five hundred pieces from twenty production sites. All the works are accompanied by an exhaustive explanation that identifies their type, period, and the use for which they were intended. Inside, one can take advantage of an educational workshop for school children that is aimed at the recovery of this ancient art in which the young apprentices are often guided by the masters of ceramics themselves. The Ceramics of Seminara

The million colours of the earth

The foreign influences that led to wealth