The monk made holy by the people

According to “Vita”, the main source for his biography penned by anonymous monk that was collected in a single manuscript in 1308, written in the monastery of S. Salvatore in the language of Phari in Messina, Elia was born in Reggio to a wealthy family between 860 and 865. As a child, he lost his hand in a serious accident and therefore earned the nickname of μονόχειρ (moncherino - stump) from his contemporaries.

As soon as he turned eighteen, he decided to become a monk, thus undertaking a long, spiritual journey that would lead him to holiness. The first stage of his journey involved his retreat into hermit life in the church of S. Aussenzio on the slopes of a mountain near Taormina. Elia subsequently led a pilgrimage to visit the tombs of the apostles Peter and Paul in Rome, where he had the opportunity to meet the expert Ignatius who educated him regarding monastic life. After this period of apprenticeship, Elia returned home to Reghion, joining an elderly monk who was then famous, Arsenio, who lived at that time in the monastery of Santa Lucia. It is here that Elia is ordained as a monk.

On the run to Greece with Arsenio

The two monks took refuge in Greece in Patras, where they lived an ascetic life for eight years in a solitary tower, to escape an attack by the Saracens against the city. Elia and Arsenio lived well and were loved by the local community and the Bishop, who reluctantly let them go back to Calabria. After the death of Arsenio, Elia became the charismatic leader of Calabrian monasticism that was spreading in the Saline region. Research has shown that this location is now identified with the territory of Piana di Gioia Tauro, which is crossed by the Petrace River, roughly the area between the centres of Oppido Mamertina, Palmi, and Gioia Tauro.

From the cave to the monastery

At first, he lived with the hermit Cosma and his disciple Vitalio in a cave. Growing his famous Calabrian experience, he attracted monks and faithful from everywhere. Due to this, Elia was forced, in spite of himself, to interrupt his hermit life to found a monastery in a larger and more welcoming cave, where he could welcome a monastic community that gradually grew more and more. He died in this place at ninety-six years old, after having lived for seventy-one years as a hermit. 960 is conventionally thought of as the year of his death, since the monastery founded by Elia has since that time assumed the title of “imperial monastery”, a symbol of great importance assigned by the Emperor. The importance of Elia “the speleota” in the Greek monasticism of medieval Italy is also marked by the fact that his name is associated with other great men of the time, including San Fantino “il Giovane” (“the young”) and San Luca d’Armento, who were the disciples of Elia, and Saint Nicodemus of Cellarana who recommended him to the faithful as the author of miracles. 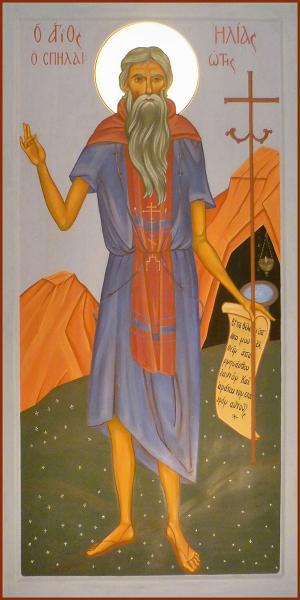 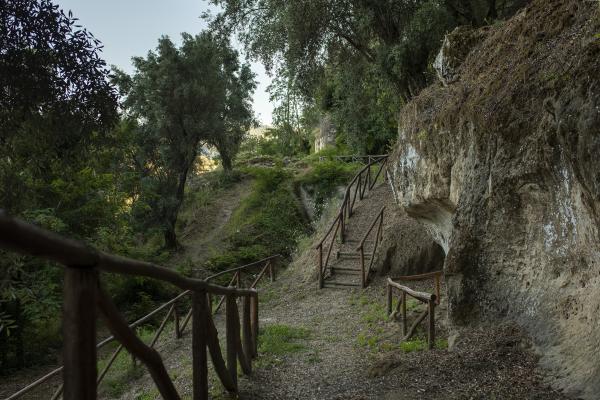 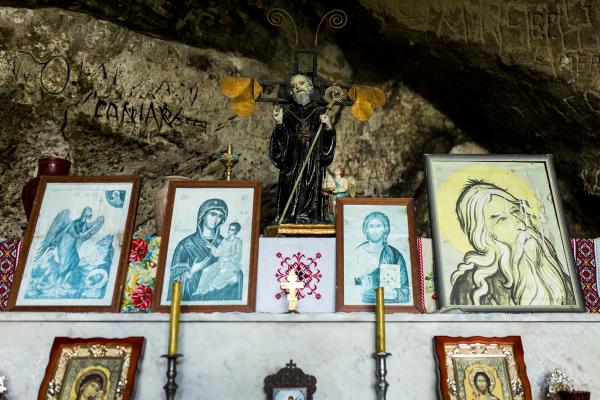 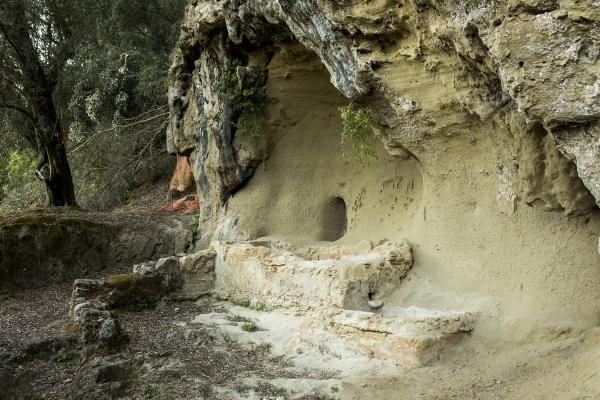 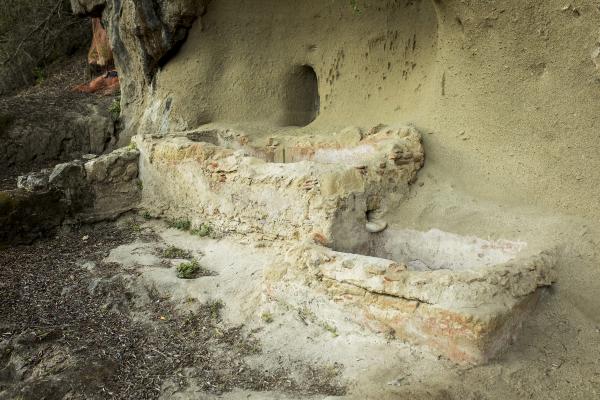 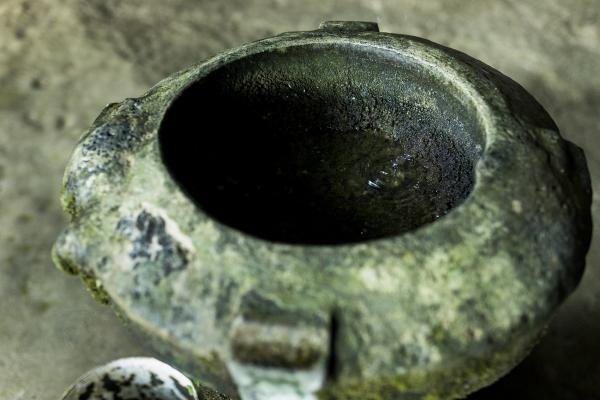 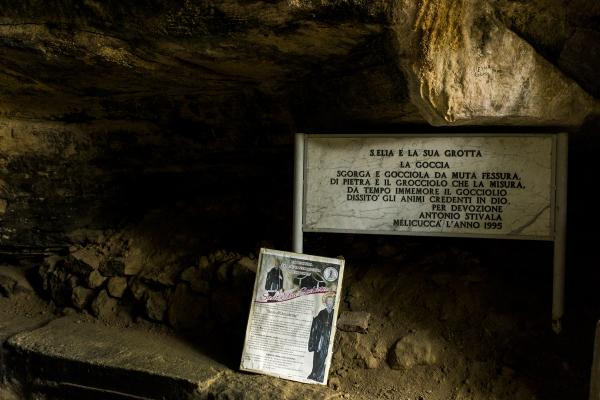 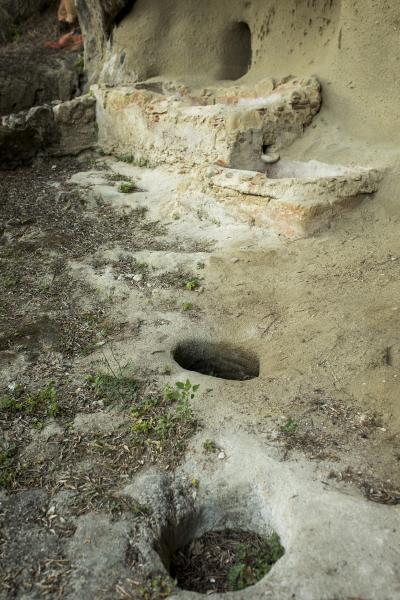 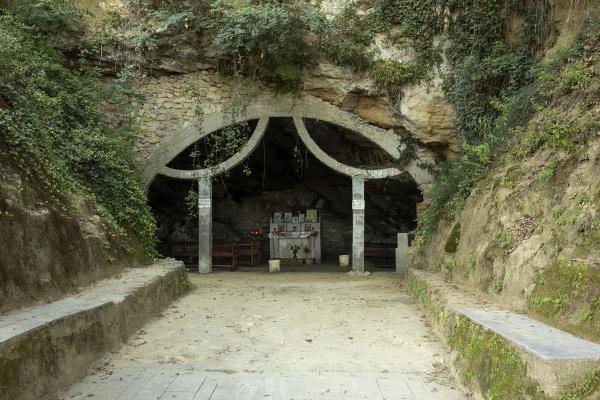 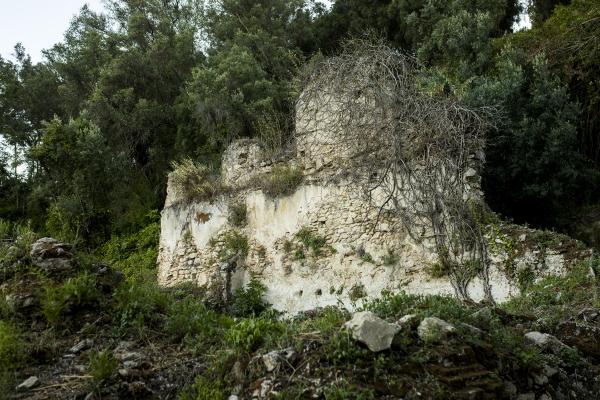 Where his miracles took place

In the territory surrounding Melicuccà, whose name derives from the settlement founded by the inhabitants of the area among the large woods of Bagolari, in Greek melikokkos, in the heart of the Piana di Gioia Tauro, on a steep tuff wall cavities and raves, stands the ancient complex of hermit caves that hosted the ascetic path of Saint Elia in the early Middle Ages. The site represents some of the most important archaeological evidence from Byzantine Greek times in Southern Italy. Dating back to the 10th century, it preserves the remains of the monastery and of the annexed factories (cellar, mill, millstones, necropolis). In its heydays, the structure hosted over one hundred and fifty monks.

The largest cave, known as the “divine and famous cave” is today the object of popular worship and the only one left intact after devastating earthquakes. Over four metres high and eighteen deep, it houses the miraculous spring called “water from the garden of Saint Elia” or àghiasma (“sacred source”), a sort of natural stoup in stone, which collects the water that drips inside the cave, and has been the source of several miracles. When Elia died, he was buried in the sepulchre that he himself had dug into the cave with his own hands. There, his body remained until August 2nd, 1747, when his bones were discovered. On that occasion, Antonio Germanò, a young man from Melicuccà who was seriously ill, was healed instantly at the mere sight of Saint Elia’s bones. This additional miracle was credited to the Italian-Greek Saint.

The cave of Saint Elia “the Speleota”